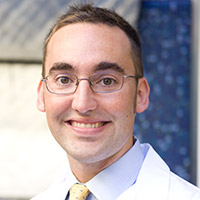 Dr. Feazell was born and raised in Oxford, Ohio. After completing his undergraduate studies at the University of North Carolina-Chapel Hill and medical school at the University Of Cincinnati College Of Medicine, he continued his training at UCLA where he completed his pediatric residency. Dr. Feazell joined UCLA Santa Monica Pediatrics in 2012. He is very excited to be a part of the practice, and to have the privilege of providing care for the children of Santa Monica and West LA. His professional interests include: primary care pediatrics, advocacy, international health care, and education. He is a member of the American Academy of Pediatrics. More > 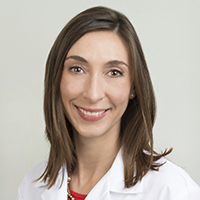 Dr. Heath was born on the East Coast, but grew up in sunny Santa Fe, New Mexico. She completed her undergraduate and medical degrees at the University of New Mexico before moving to Los Angeles in 2009 to pursue her pediatric residency training at UCLA Mattel Children's Hospital. She joined the faculty at UCLA following completion of her training, and initially worked as a Pediatric Hospitalist before joining UCLA Santa Monica Pediatrics in 2016. Dr. Heath has really found a home in Southern California and is excited to provide primary care both during times of sickness and health to the local pediatric community. Dr. Heath is a board certified pediatrician and a Fellow of the American Academy of Pediatrics. More > 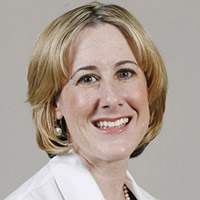 Dr. Sharon Kaminker is a board certified pediatrician and has been a UCLA Assistant Clinical Professor of Pediatrics since 1998 when she began practicing medicine. She was raised in Indiana and attended Indiana University earning a B.S. In Biochemistry and then continued at Indiana University for medical school. While in medical school she was awarded a grant in child psychiatry due to her unique connection with children from troubling home environments. During her residency at UCLA Dr. Kaminker continued her support of children in the community by becoming a mentor to children in middle school helping to guide them through high school and getting into college. She is a member in good standing of the American Academy of Pediatrics and was an elected board member of the Los Angeles chapter of the AAP. More > 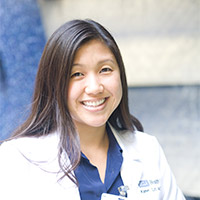 Dr. Lin was born and raised in Torrance, California. She attended college at UCLA and medical school at UC San Francisco. She completed her Pediatric residency and chief residency at UCLA. Dr. Lin joined UCLA Santa Monica Pediatrics in 2013. She is very excited to be close to home and to provide care for the local community. Her professional interests include primary care, community outreach, advocacy, and medical education. Dr. Lin is a board certified pediatrician and is a fellow of the American Academy of Pediatrics. In her spare time, she enjoys hiking, biking, exercising, and finding new things to cook, bake or eat. More >

Dr. Ly is a dedicated Angeleno - born and raised between Whittier and San Marino here in Southern California. After completing a degree in Marine Biology at UCLA and being inspired by medical missions trips to orphanages abroad, he attended medical school at the University of Hawaii in Honolulu. There he confirmed his calling as a pediatrician, and returned to UCLA to finish his residency training. Dr. Ly joined UCLA Santa Monica Pediatrics in 2019. His professional interests include: parenting guidance, preventative care, evidence-based medicine, and student mentorship. More >