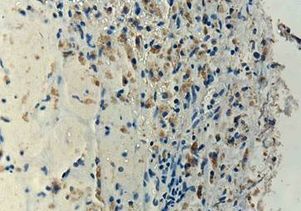 A team of scientists, led by doctors at UCLA, has successfully demonstrated that a modified virus can extend the lives of people with  recurrent glioblastoma, the most common and aggressive form of brain cancer.

In a phase I multi-center clinical trial, the researchers found that of the 43 participants who were given the investigational treatment Toca 511 and Toca FC, overall survival increased to 13.6 months compared to 7.1 months for an external control. For some patients, survival was extended to more than two years with few side effects.

The new findings were led by Dr. Timothy Cloughesy, a member of the UCLA Jonsson Comprehensive Cancer Center and director of the UCLA neuro-oncology program, and Dr. Michael Vogelbaum, professor of neurosurgery and associate director of the Rose Ella Burkhardt Brain Tumor and Neuro-Oncology Center at the Cleveland Clinic. Their work is the first publication of clinical data involving this new type of modified virus known as a retroviral replicating vector.

“For the first time, this clinical data shows that this treatment, used in combination with an antifungal drug, kills cancer cells and appears to activate the immune system against them while sparing healthy cells,” said Cloughesy, who is also a consultant for trial sponsor Tocagen, a private biopharmaceutical company. “This approach also has potential in additional types of the disease such as metastatic colorectal and breast cancers.”

The results of the study were published on June 1 in the journal Science Translational Medicine.