Aid in dying: Is California ready? 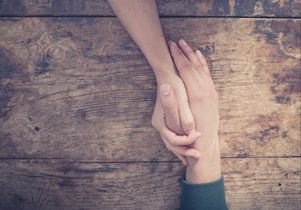 As California nears implementation of a new law that will let terminally ill patients end their lives by taking a physician-prescribed lethal dose of medication, a new policy brief from the UCLA Center for Health Policy Research shows that health organizations, health care providers and the public have a critical gap in understanding how the law will work.

Though the End of Life Option Act, which applies only to people who are terminally ill and have fewer than six months to live, takes effect June 9, the study released today indicates that California health organizations lack vital information about aid in dying (AID) that could help doctors effectively and comfortably implement the new law. Families also lack information on end-of-life care or how to help loved ones who are considering end of life options.

According to the study, doctors and other health providers say they need more guidance on aid in dying. Among the primary questions doctors and other health professionals have: How do they properly prescribe medication? What does the law permit? Are they legally liable, if there are complications? Can they opt out of participating in AID and refer the patient elsewhere?

“Many people are unsure what the new law entails, and I hope this study can answer questions, and ultimately, help legislators take steps to improve all aspects of end-of-life care,” said Cindy Cain, faculty associate at the center and author of the study, which also catalogs lessons learned from similar laws implemented in other states.

The passage of aid in dying laws has accelerated as baby boomers age and medical advances extend life, sometimes beyond comfort. California is the fifth state in the country to legalize or allow assisted death, joining Oregon (1994), Washington (2008), Montana (2009), and Vermont (2013), according to the Death with Dignity National Center.

However, the UCLA study reports the number of people who die each year from taking a doctor-prescribed dose of lethal medication is very low — 105 in Oregon in 2014, a rate of 31 physician-assisted deaths per 10,000 total deaths in the state, according to the Oregon Health Authority. The study notes a persistent gap between the number of people who request a prescription and those who die from a dose. For instance, in Oregon in 2014, 105 of the 155 people who were prescribed took the lethal dose. In Washington, 126 of 176 people did so.

“Having a choice in the matter may itself provide comfort to a terminally ill person,” Cain said. “Having that prescription in hand might give them a feeling of control, whether they ultimately use it or not.”

Ethical concerns over aid in dying methods have been raised, including the fear that physically disabled, uneducated, and underserved populations will be encouraged to choose it. However, the study reports that people who chose aid in dying in Oregon and Washington were primarily white, 65 or older, college educated, with private insurance. Another concern is the method will be used instead of palliative care — care that provides comfort, but is not intended to cure diseases — but the study reports palliative use in Oregon increased after the aid in dying law was passed.

The California law includes safeguards to prevent the possibility that a patient is being coerced into hastening death or has impaired thinking while making the decision: the attending doctor must confirm the patient has six months or fewer to live, is mentally stable, and is informed of other options; the patient must orally request aid in dying twice and provide a written request with signatures from witnesses. In addition, a consulting doctor must certify the patient’s diagnosis, prognosis and confirm the request for aid in dying.

Education, guidance for physicians, others needed

Cain said interdisciplinary groups with medical and legal expertise, professional organizations and formal and informal professional networks have an opportunity to provide more education and support on the aid-in-dying process to doctors and help address any of their concerns.

In addition, she recommends state policymakers make changes to refine data collection around aid in dying, and that professional organizations and health care provider groups improve and collect data for all forms of end-of-life care to ensure that it puts the terminally ill patient’s interests first.

“The combined effort of legislators, doctors and the public is needed to ease the final days of what should be the focus of our attention, the critically ill patient,” Cain said.