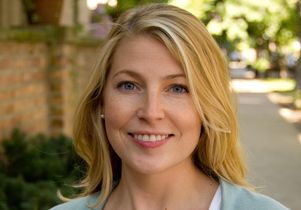 The U.S. has one of the highest infant mortality rates of the world’s developed countries, primarily because of the poorer health of children born to women in lower socioeconomic groups.

Health experts increasingly are recognizing that shifting health care interventions to before women become pregnant may be a critical step for improving infants’ health. Although early and regular prenatal care is important for identifying and managing risks during pregnancy, maternal chronic disease, substance abuse and other factors that can create risks during pregnancy often begin years before conception.

Using data from the Centers for Disease Control and Prevention’s Pregnancy Risk Assessment and Monitoring surveys from 1997 to 2012, UCLA’s Laura Wherry examined changes in the percentage of mothers who were eligible for state Medicaid programs. She estimated changes in the number of insured mothers prior to and during pregnancy, assessed whether pregnancies were unwanted or mistimed, and examined changes in prenatal care use for pregnant mothers associated with Medicaid expansion.

The findings indicate that expanded Medicaid coverage for parents can lead to improvements in health insurance coverage and expanded use of prenatal care, which may have important consequences for their children’s health. For instance, health insurance coverage for mothers prior to pregnancy gives health care providers an opportunity to address risk factors associated with high-risk pregnancies, and to promote behaviors and activities that lead to healthier pregnancies and babies.

Wherry is an assistant professor of medicine in the division of general internal medicine and health services research at the David Geffen School of Medicine at UCLA.

The paper was published today in the journal Health Services Research.

The research used facilities and resources at the California Center for Population Research at UCLA, which receives support from the Eunice Kennedy Shriver National Institute of Child Health and Human Development.