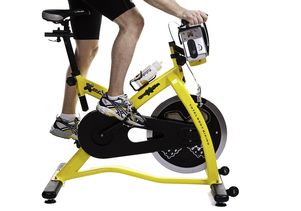 Performing memory training exercises at the same time as pedaling a stationary bike led to better gains in memory than doing the training exercises after working up a sweat, according to a 55-person study led by UCLA researchers. The findings suggest that exercise may temporarily make it easier for the brain to create new memories.

In the United States, studies have shown that more than 40 percent of people over age 60 have some memory decline or forgetfulness; it’s often considered a normal part of aging. Researchers have previously uncovered a handful of lifestyle interventions — including exercise, diet changes, sufficient sleep, social engagement, memory training and mental stimulation — that can improve memory in older adults. The effects of each intervention, however, generally have been studied separately. 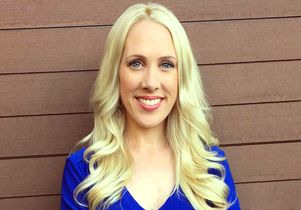 The researchers used standard tests of memory, learning, concentration and attention to gauge the cognitive performance of 55 adults ages 60 through 75. The participants all had mild memory impairments but no signs of dementia. Of the participants, 29 were assigned to a “simultaneous” group that attended twice-weekly classes where they received an hour of in-person memory training at the same time as they rode stationary bikes. A “sequential” group of 26 participants also attended twice-weekly classes but, unlike the first group, rode a bike for one hour before receiving the same memory training as the other group. In both groups, the memory training involved an instructor teaching common techniques to remember information.

After a four-week study period, the researchers repeated the cognitive tests on all participants, and found that while everyone had improved in certain abilities, people in the “simultaneous” group had greater improvements in a number of memory, reasoning and attention skills. In particular, they scored better on tests measuring how well they could recognize, remember and retrieve words and geometric figures.

The findings, if replicated in larger studies, may lead to new types of programs to improve mental agility in older adults by combining mental training with physical fitness. Future research is needed to show whether the results hold true in other scenarios and in larger groups of people.

The study was published in the Journal of Alzheimer’s Disease.