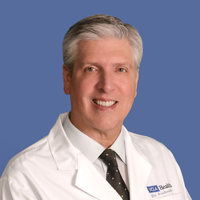 Dr. Axelrode did his undergraduate training at UCLA earning a BA in psychobiology. He then attended the UCLA Graduate School of Public Health. Dr. Axelrode earned his medical degree from Des Moines University. After serving a rotating internship at Grandview Hospital in Dayton, Ohio Dr. Axelrode served a residency in Family Medicine at the Ohio State University Hospital and Clinics in Columbus, Ohio where he was co-chief resident. Dr. Axelrode is certified by The American Board of Family Medicine in both Family Medicine and in Hospice and Palliative Medicine. In addition to being a primary care physician Dr. Axelrode is the Medical Director of Palliative Care for UCLA's Motion Picture and Television Fund Medical Group providing medical care to patients with serious and life-threatening illnesses. Dr. Axelrode is married and the father of twins. He is an avid reader and enjoys live music and the theater. More > 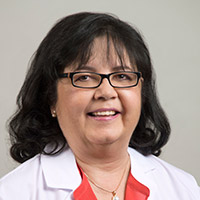 Dr. Del Portillo graduated from University of California, Irvine with a Bachelor of Science in Biological Science and Bachelor of Arts in Spanish Literature. She attended medical school at University of California, Los Angeles and went on to complete her residency training at UCLA-San Fernando Valley Program in Internal Medicine. Her goal as a physician is to develop strong relationships with her patients so they may work as a team to accomplish the best medical care possible. In her free time, she enjoys traveling, reading, baking and spending time with her husband, who is also a UCLA physician, and her two children. More > 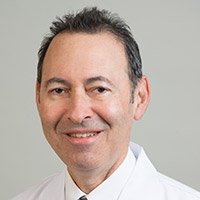 Keith S. Garb, MD, PhD is a general internist and primary care physician. He also specializes in Allergy/Immunology and Pulmonary Medicine. He practices at the UCLA Motion Picture and Television Fund Medical Group. Dr. Garb received his BA degree in Bacteriology from UCLA, and his MD and PhD degrees from Case Western Reserve University. He completed residency training in Internal Medicine and clinical fellowship training in Allergy/Immunology and Pulmonary Medicine at UCLA/VA Greater Los Angeles Healthcare System. In addition to his clinical practice, Dr. Garb is an Epic-certified physician informaticist with UCLA Health. His current informatics interests include implementation of the ambulatory electronic health record, user support and training. He is keenly interested in strategies for customizing the electronic medical record to improve overall patient and physician experience. More > 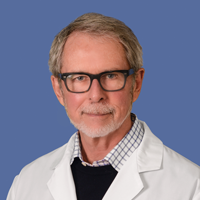 Dr. Lander graduated from Yale with an undergraduate degree in English. After graduation, he worked as a caseworker for the New York City Department of Social Services for several years, then did his pre-med science requirement work at NYU while driving a taxicab at night. He graduated from Columbia University College of Physicians and Surgeons with an MD in 1978. He trained at St Vincent's Hospital in New York City, first doing a rotating internship, then three years in a joint Internal Medicine/Community Medicine residency. He is Board Certified in Internal Medicine and Geriatric Medicine. He taught at St. Joseph's Hospital in Paterson, New Jersey before moving to California in 1991. He joined the Motion Picture and Television Fund Medical Group 21 years ago and has been happily practicing medicine ever since. He lives in the Porter Ranch area with the love of his life Karen and their two Swiss Shepherd dogs, Tobey and Noel. Dr. Lander's hobbies include biking, swimming and occasionally running. Last year he was second in his age group at the Malibu Triathlon. More > 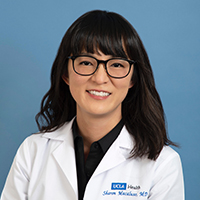 Dr. Macaluso graduated from UCLA with a bachelor of science degree in biology. She then began medical school at the Universidad Autonoma de Guadalajara in Mexico and continued her medical education at New York Medical College. She completed her family medicine residency at the Brooklyn Hospital Center where she was chief resident. Before coming to UCLA Health, she worked as a primary care physician at the Lompoc Sansum Clinic in Santa Barbara County. She served as assistant medical director during her final year there. She is interested in all aspects of primary care but has a particular passion for women's health. More >

Dr. Wudka completed her medical education at The University of Brussels, Belgium where she was born and raised. After getting her degree as a Medical doctor she moved to Los Angeles. She completed a Residency in Internal Medicine as well as a Fellowship in rheumatology at the Sepulveda Veterans Hospital and UCLA Olive View medical Center and is Board certified in both fields. After her training Dr. Wudka stayed at Olive View where she worked in urgent care and enjoyed teaching medical students. Later she joined the Motion Picture and Television Fund Medical group in 1996. She continues to enjoy interacting with her patients, trying to be proactive about their health and educating them about their medical conditions. She speaks French and Spanish as well Dr. Wudka is married and has 2 grown children one of them in the medical field at UCLA as well. She exercises regularly to try to be a role model and enjoys her arts and crafts during her spare time. More >

Dr. Yaffee graduated from George Mason University with a Bachelor of Science in Biology. He then attended Georgetown University's School of Medicine prior to completing his residency in Internal Medicine at Cedars-Sinai Medical Center. After completing residency, he worked as a Hospitalist at Cedars-Sinai. In addition to preventative care, Dr. Yaffee is also interested in cancer and advanced care planning. In his free time, he enjoys staying active. He continues to practice not only gymnastics but also hand-balancing and flying trapeze. He also enjoys cooking, baking, and relaxing with his family. More > 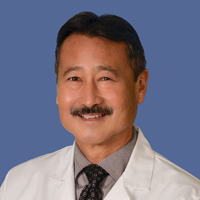 Dr. Robert Yamane is a primary care physician who practices at UCLA Health MPTF Calabasas. He is board certified in internal medicine. More >

Get instant 24/7 access to your health information with myUCLAhealth