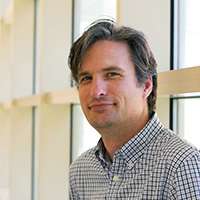 Supported by an NIH K08 grant from the National Institute of General Medical Sciences, our laboratory is studying the impact of anesthetics on the nervous system, with the longer term goal of understanding how recovery of consciousness from anesthesia occurs.

Using a mouse model, we are investigating how individual neuron populations within the brain cortex show changes in electrical activity at different anesthetic depths. This research model causes the neurons to fluoresce when they are stimulated. By selectively targeting and intervening in these neuron populations, we hope to achieve a causal investigation of the changes in the brain that lead to unconsciousness from anesthesia, and the resulting recovery of consciousness after anesthesia.

How does the brain recover consciousness after significant perturbations such as anesthesia? The simplest answer is that as the anesthetic washes out, the brain follows a steady and monotonic path toward consciousness. However, our research has shown this simple intuition is incorrect. In one study, we varied the anesthetic concentration to parametrically control the magnitude of perturbation to brain dynamics while analyzing the characteristics of neuronal activity during recovery of consciousness. We find that, en route to consciousness, the brain passes through several discrete activity states. Although transitions between certain of these activity states occur spontaneously, transitions between others are not observed. Thus, the network formed by these state transitions gives rise to an ordered sequence of states that mediates recovery of consciousness.

The results of our research suggest a new way to think about the human brain under anesthesia, and could lead to critical reexamination of how we approach monitoring anesthesia in the operating room. Additionally, if the results are applicable to other disorders of consciousness — such as coma or minimally conscious states — we may be better able to predict functional recovery from brain injuries by looking at the spontaneously occurring transitions in brain activity states.

This hypothesis and theory article begins from the observation that different anesthetic agents produce stereotyped signatures in the electroencephalogram (EEG), which may vary with dose, yet how brain activity transitions between these different EEG signatures in time remains understudied. Data in rats anesthetized with isoflurane suggests that brain activity alternates between multiple states, often spending on the order of 2-10 min in one state before shifting to another, even without a stimulus or change in the anesthetic. This suggests the hypothesis that brain state is metastable during anesthesia: though it appears that the brain is at equilibrium on short timescales (on the order of seconds to a few minutes), longer intervals show shifting behavior. If metastability exists during anesthesia, it implies that there is not a one-to-one mapping between the brain state, as reported by the EEG, and the effect site concentration of the anesthetic drug. This could explain difficulties encountered with depth of anesthesia monitors and should force a rethinking of the notion of depth of anesthesia as a single dimension.

The unconsciousness reliably and reversibly produced by anesthetics provides insight into one of the great questions in all of science: what are the necessary and sufficient mechanistic features of how humans are conscious? One robust feature of anesthetic unconsciousness, whether assessed by electrophysiology or neuroimaging, is the fragmentation, or functional disconnection, of different cortical areas. Yet, upon recovery from anesthesia, we remain ourselves, with largely intact memories, experiences, and personalities, suggesting that the brain’s structural connectivity, or wiring, is stable during anesthesia. So fragmentation results from reversible disruption of this connectivity. This editorial by Dr. Hudson highlights a paper by Pal et al. in this issue of Anesthesiology that characterizes the cholinergic system’s involvement in cortical fragmentation with anesthesia.

This chapter begins with the history of inhaled agents for anesthesia before delving into how the drugs move through the body (pharmacokinetics) and the effects of the drugs and how they work (pharmacodynamics) are introduced, to be covered more in depth in the chapter on “Pharmacology of inhaled anesthetics”. Classes of anesthetics, their physical properties, and potency are reviewed. The uptake, distribution, metabolism, and degradation of inhaled agents, with special emphasis on issues associated with inhaled agent delivery (as opposed to intravenous delivery) are covered. The chapter closes with emerging developments in the delivery of anesthetic agents, including intravenous delivery of volatile agents, and the use of volatile anesthetics in the intensive care unit.

This chapter begins with general coverage of the history of inhaled anesthetics, the relationship between their structure and activity and history behind the studies of their mechanisms of action. Coverage of individual agents includes nonanesthetic effects, adverse effects, and a general taxonomy based upon predominant action at the GABAA receptor or the NMDA receptor. Interactions of drugs and factors that influence the Minimum Alveolar Concentration (MAC), or potency, are covered, together with common clinical considerations that might drive particular choices of agents during clinical care.  The chapter closes with a review of emerging developments, including developmental neurotoxicity, the relationship between anesthesia and neurodegenerative disease, neuroinflammation and cognitive dysfunction, anesthetic sensitivity and mortality, anesthetic preconditioning, immune modulation and cancer, closed loop delivery systems, and pharmacologic reanimation to reverse the anesthetic state. 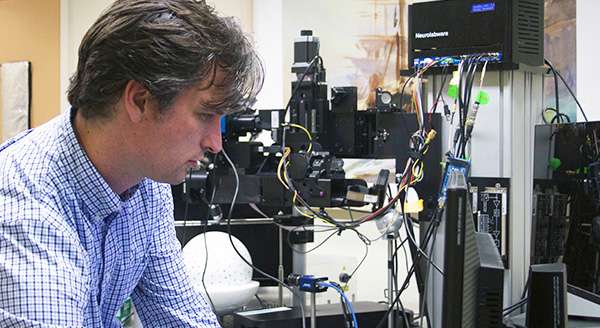