“As one can imagine, for an artist, vision is everything.” - Steve Lyons 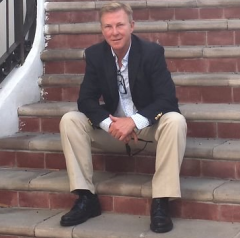 After a sudden brain cancer diagnosis, international award-winning artist, Steve Lyons sought treatment from the best of the best: Dr. Linda Liau, chair of the UCLA Department of Neurosurgery and W. Eugene Stern Chair in Neurosurgery. After facing this life-changing experience, Steve decided to dedicate his talent and passion to help advance leading-edge research and increase access to high-quality care.

Hailing from scenic Cape Cod, Steve is an American artist and gallerist renowned for creating “sculptural painting.” This unique technique utilizes heavy impasto, in which paint is thickly layered on a canvas to create heightened dimensionality, and has captured the attention of critics, collectors, and artists around the world. Steve has exhibited extensively throughout Europe and the United States and his work is included in private and institutional collections both domestically and abroad. 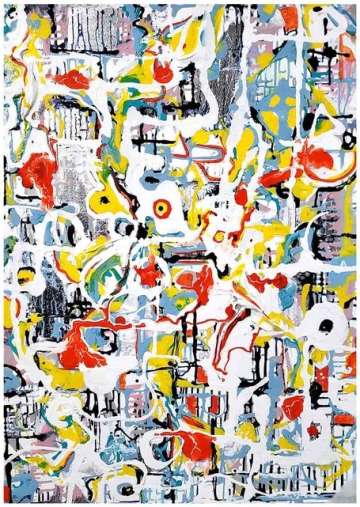 In early March 2020, while painting in his studio, Steve saw a flash of light on the left side of his peripheral vision. He was examined by his physician and spots were found on his brain, but cancer was not initially diagnosed. As one can imagine, for an artist, vision is everything. Here Steve shares his story.

“When I was a child, I was injured while playing with some other boys at a neighborhood birthday party. The injury was to my head, including my left eye. My mother rushed me to the emergency room and doctors told her that I might lose my left eye, to which she replied: Well, you better roll up your sleeves and get to work—he’s got important work to do with those eyes of his! It was at this young age that I realized the value of high-quality health care and skilled physicians. My diagnosis last spring reminded me of this and I am so grateful for it now as I recover from brain surgery that could have jeopardized my same ability. Because of incredible clinicians, I’ve not only been allowed to use my vision to share my creativity with the world, but I’ve also been able to use the art I have created to benefit others.”

Although Steve has always had an interest in philanthropy, his first major effort happened recently when he joined a close friend’s event—the Pan-Mass Challenge, which raises money for lifesaving cancer research and treatment at Dana-Farber Cancer Institute. 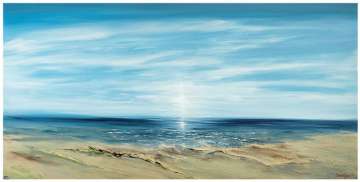 With Steve’s partnership, a sub event of the Pan-Mass Challenge was created called Art of the Ride—a philanthropic vehicle for artists and art collectors to support its mission.

While Steve found fulfillment in the success of this event, his symptoms persisted. After seeking a second opinion, he was found to have a brain tumor which was initially thought to be inoperable.He underwent a biopsy of the tumor at Massachusetts General Hospital and the results were, unfortunately, a diagnosis of glioblastoma, and he began treatment at Dana-Farber Cancer Institute.

Despite lengthy treatments of radiation and chemotherapy in Boston, Steve was found to have tumor progression/recurrence. He was referred to UCLA to undergo surgery by world-renowned neurosurgeon-scientist, Dr. Liau and enroll in a new clinical trial only available at UCLA. Dr. Liau is recognized for her surgical skills, as well as her achievements in understanding the immunology of malignant brain tumors and pioneering the use of dendritic cell-based vaccines for glioblastoma. 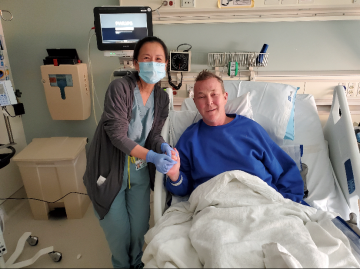 As part of our National Cancer Institute-funded UCLA Brain Tumor SPORE (Specialized Program of Research Excellence), we recently opened a novel clinical trial to investigate the safety and efficacy of combining a personalized dendritic cell vaccine with an anti-PD1 immune checkpoint inhibitor, said Dr. Liau. Although we had tested both agents independently in the past, this is the first-in-human trial combining the two approaches in order to harness the immune system against brain cancer. Despite lengthy conversations about the risks involved with the surgery and the clinical trial, I was amazed and deeply touched by Steve’s courage and his heartfelt desire to give back—through his art and through his contributions to science by participating in our clinical trial. Patients like Steve Lyons are what inspires me and my team to keep fighting at the front lines for our patients each and every day.” 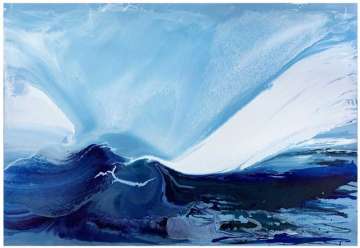 After a successful surgery, continued treatment, and rehabilitation, Steve conceived of an art-based fundraising event, ART + VISION: STEVE LYONS, to advance clinical research and care at the UCLA Brain Tumor Center. Steve is enthusiastic about raising support through his art. He is planning his homecoming, and looking forward to painting again as soon as possible. During the month of December 2020, 50 percent of proceeds from his artwork sold through this unique partnership will be donated to support the UCLA Brain Tumor Center–just be sure to use the code UCLA when purchasing.