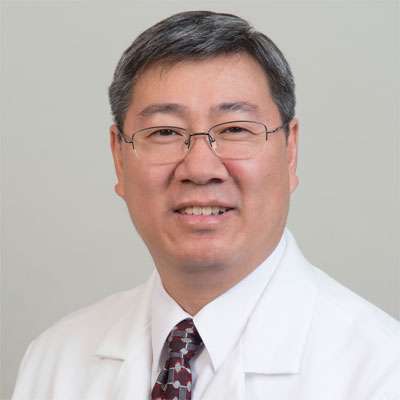 Phillip Chow graduated from UCLA with a Bachelor of Science degree in Physics in 1990. While attending graduate school in Astrophysics, he began working as a Medical Dosimetrist in 1992. He received his certification from the Medical Dosimetrist Certification Board (MDCB) in 1995. He then moved to Bangor, Maine in 1996 where he worked for two years as a Certified Medical Dosimetrist before being offered a position at Kaiser Permanente in Southern California. He stayed with Kaiser from 1998 to 2000 when he was accepted to the Biomedical Physics Graduate Program here at UCLA, starting in September of that year. He earned his Master of Science degree in Biomedical Physics in 2004 and shortly thereafter began working as a Medical Physicist here in the UCLA Department of Radiation Oncology. He is currently working on his PhD in Biomedical Physics. On top of his duties as a clinical Medical Physicist, Phillip is now heading the Eye Plaque Physics program; responsibilities include coordination of the Physics staff involved in the eye plaque program as well as oversight of the program’s day-to-day operations.