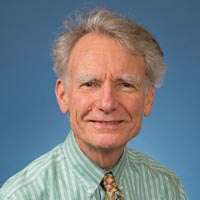 Dr. McCarthy has devoted most of his 30-year career to using behavioral strategies to help people to eat better, exercise more, and avoid tobacco use. Most of his research focus has been on low-income populations. In his current work he is collaborating with community health workers to help low-income patients who are overweight to eat more minimally processed fruits and vegetables and exercise more regularly to achieve sustainable weight loss. From 2010 through 2015, he co-directed UCLA’s Center for Population Health and Health Disparities, which focused on using promotoras to get residents of East Los Angeles who were at risk of cardiovascular disease to adhere to federal nutrition and physical activity guidelines. He recently embarked on a pilot study to educate low-income residents of Los Angeles to evaluate the impact of consuming more dietary fiber from garden-fresh produce by periodically evaluating features of their normal stools. Dr. McCarthy received the 1994 American Cancer Society Capitol Dome award and 2013 American Cancer Society St. George’s medal for his career of public service and received the 1994 Health Fitness Leader award from the L.A. County Board of Supervisors. He received a PhD in psychology from Yale University and a master’s degree in psychology from the University of Illinois.

National Cancer Institute proposal (PI=Flores), "Diet, gut microbiome, metabolic dysregulation and risk of liver disease/cancer in Mexicans," is pending funding. The goal of this research is to describe the interplay between diet, the gut microbiome, and metabolic dysregulation using data from an existing longitudinal cohort of Mexican adults. Mexicans suffer disproportionately from chronic liver disease. Risk of non-alcoholic fatty liver disease as reflected by standard liver enzyme levels will be evaluated in relation to dietary, metabolomic and metagenomic measures obtained from a subset of the participants in the longitudinal cohort.