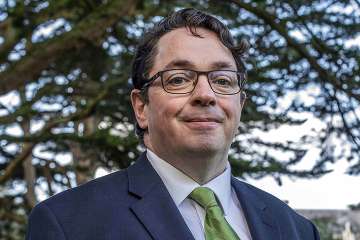 Professor Cryan's current research is focused on understanding the interaction between brain, gut and microbiome and how it applies to stress, psychiatric and immune-related disorders at key time-windows across the lifespan. He has published over 600 peer-reviewed articles and has a H-index of 134 (Google Scholar). He is a senior editor of Neuropharmacology and of Neurobiology of Stress and is on the editorial board of a further 15 journals. He has co-edited four books and is co-author of the bestselling “The Psychobiotic Revolution: Mood, Food, and the New Science of the Gut-Brain Connection” (National Geographic Press, 2017). He has received numerous awards including UCC Researcher of the Year in 2012, the University of Utrecht Award for Excellence in Pharmaceutical Research in 2013, UCC Research Communicator of the Year 2017, and being named on the Highly Cited Researcher list in 2014 and from 2017 to the present. He was elected a member of the Royal Irish Academy in 2017. He also received a Research Mentor Award from the American Gastroenterology Association and the Tom Connor Distinguished Scientist Award from Neuroscience Ireland in 2017 and was awarded an honorary degree from the University of Antwerp, Belgium in 2018. He was a TEDMED speaker in Washington in 2014, TEDx Speaker in 2017 and is a past-president of the European Behavioural Pharmacology Society. 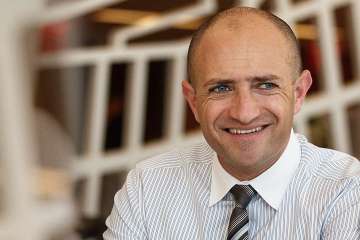 Dr. Mazmanian is a Phi Beta Kappa graduate from the University of California, Los Angeles, where he also received his doctoral training in microbiology and immunology. Dr. Mazmanian was a Helen Hay Whitney Post-doctoral Fellow at Harvard Medical School. In 2006, he moved to Caltech where his laboratory studies the human gut microbiome with a focus on developing novel therapies for immunologic and neurologic disorders, including inflammatory bowel disease, autism spectrum disorder, and Parkinson’s disease. Dr. Mazmanian has been a principal investigator on 13 NIH grants, and numerous foundation and industry-sponsored projects. He has won numerous awards for his research including a Searle Scholarship, Damon Runyon Innovation Award, Catalyst Award from UCLA, was named by Discover magazine as one of the “Best Brains in Science under 40,” received the MacArthur Foundation “Genius” Award, and the DuPont-Danisco Microbiome Science Award. He is a founder of three biotech companies and serves on the scientific advisory board of over a dozen companies, academic centers and not-for-profit foundations. Most importantly, Dr. Mazmanian has trained numerous students and fellows who have gone on to successful independent careers in academia, industry and medicine.

After receiving an undergraduate degree in biochemistry, Dr. Sporns earned a PhD in Neuroscience at Rockefeller University and conducted postdoctoral work at The Neurosciences Institute in New York and San Diego. Currently, he is the Robert H. Shaffer Chair, a distinguished professor, and a provost professor in the Department of Psychological and Brain Sciences at Indiana University in Bloomington. Dr. Sporns holds adjunct appointments in the School of Informatics, Computing and Engineering, and in the School of Medicine. His main research area is theoretical and computational neuroscience, with a focus on complex brain networks. In addition to over 275 peer-reviewed publications, he has written two books, “Networks of the Brain,” and “Discovering the Human Connectome.” He is the founding editor of Network Neuroscience, a journal published by MIT Press. Dr. Sporns received a John Simon Guggenheim Memorial Fellowship in 2011, and the Patrick Suppes Prize in Psychology/Neuroscience, awarded by the American Philosophical Society, in 2017. He is a fellow of the American Association for the Advancement of Science and the Society of Experimental Psychologists. 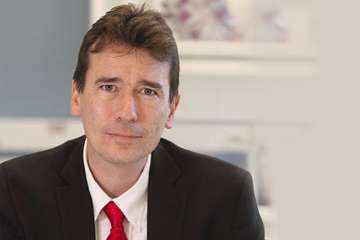 Dr. Thompson co-leads the Artificial Intelligence for Alzheimer’s Disease Initiative (AI4AD) – a new NIH initiative to apply deep learning to discover and understand drug targets based on whole genome sequence data and large-scale biobanks. Since 2009, Dr. Thompson has led the Enhancing Neuro Imaging Genetics Through Meta Analysis (ENIGMA) consortium, a worldwide medical network of 1,000 institutions across 45 countries studying the major diseases of the brain, with MRI, diffusion MRI, resting state fMRI, EEG and genomics. ENIGMA published the largest neuroimaging studies of 10 major brain disorders – including PTSD, schizophrenia, bipolar disorder, major depression, ADHD, autism, epilepsy, and OCD. At USC, Dr. Thompson is associate director for the USC Stevens Neuroimaging & Informatics Institute. He obtained his MA in mathematics and Greek & Latin Languages from Oxford University, England, and his PhD in neuroscience from UCLA. Dr. Thompson’s 1,600 published research papers combine the talents of researchers in mathematics, neuroimaging, and clinical neurology; in 2020, he was the 198th most cited scientist worldwide. 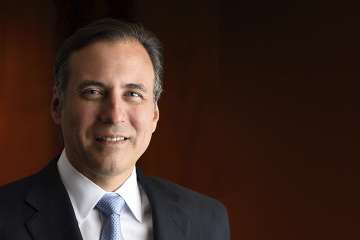 A clinical pathologist with expertise in infectious and digestive diseases, Dr. Versalovic is an authority in pediatric laboratory medicine as a leading physician-scientist. His main clinical interests are medical microbiology, molecular diagnostics of infectious diseases, microbiome science applied to pediatric gastroenterology, genomic and metagenomic medicine, and molecular pathology. He developed the first Microbiome Center based in a children’s hospital and the first therapeutic microbiology fellowship program in the country. Dr. Versalovic has also helped create the new field of metagenomic medicine by exploring ways that metagenomics and microbial manipulation can be used to diagnose and treat human diseases.

Dr. Versalovic is advancing metagenomic medicine and its applications in chronic gastrointestinal disorders, including pediatric irritable bowel syndrome (IBS) and inflammatory bowel disease (IBD). His research program has been supported by the U.S. National Institutes of Health, the Department of Defense, and the Crohn’s and Colitis Foundation. He has authored 199 primary manuscripts and 41 book chapters and has two patents. He has served as editor-in-chief of the Manual of Clinical Microbiology, the “Bible” of laboratory-based diagnosis of human infections.

Having received his PhD in cellular and molecular biology at Baylor College of Medicine (BCM) in 1994 and his MD with honors at BCM in 1995, Dr. Versalovic pursued clinical pathology/medical microbiology residency training at the Massachusetts General Hospital and Harvard Medical School. He also completed a postdoctoral research fellowship in the Division of Comparative Medicine at the Massachusetts Institute of Technology (MIT). Dr. Versalovic joined the medical staff at the Massachusetts General Hospital as a clinical pathologist and served as assistant professor of pathology at Harvard Medical School. He is board certified in clinical pathology, molecular genetic pathology, and molecular diagnostics. Since 2002, Dr. Versalovic has served on the medical staff at Texas Children’s Hospital and as faculty at Baylor College of Medicine. He currently serves as pathologist-in-chief at Texas Children’s Hospital and as vice-chair of Pathology and Immunology at BCM. Dr. Versalovic also served as interim physician-in-chief, February 2020 – December 2020 and pediatrician-in-chief, December 2020 – September 2021 at Texas Children’s.

Dr. Versalovic has been recognized with BCM’s Distinguished Alumni Award and was elected to The American Academy of Microbiology in 2019.