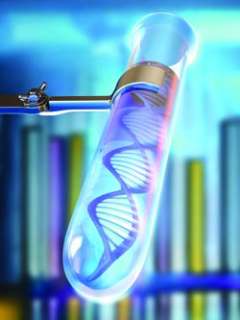 Using systems biology, other innovative approaches to understand and treat inflammatory processes of the gut

The UCLA Vatche and Tamar Manoukian Division of Digestive Disease’s inflammatory bowel disease (IBD) basic research program and clinics are characterized by a systematic approach to understanding the mechanisms by which IBD develops, including a focus on systems biology and exploring the complex microbial ecosystems involved in Crohn’s disease and ulcerative colitis, which affect approximately 1.5 million people in the United States.

The UCLA Inflammatory Bowel Disease Research Center, established in 2007, focuses on multiple aspects of the pathophysiology, therapy, and diagnosis of IBD with funding from the National Institutes of Health (NIH), the Broad Foundation for Medical Research and the Blinder Foundation. The center's work targets aspects of the inflammatory process, including the role of neuropeptides and hormones in mediating inflammation and post-inflammation healing in IBD, as well as the role of fat signaling and obesity in IBD pathogenesis. .

Most recently, the center has been a leader in an innovative research approach that looks at the role of neuropeptides in the epigenetic changes that occur in the IBD intestine. Our team collaborate closely on this research with members of the Center for Systems Biomedicine in the division.

Dr. Jonathan Jacobs, who joined the division faculty in 2015, is studying the impact on IBD of the intestinal microbiome — the bacteria that live in the digestive tract, particularly the colon and small intestine. His lab is interested in how these bacteria interact with the immune system, and how in certain cases the bacteria in patients who develop IBD might contribute to that inflammation. Using stool and tissue samples from IBD patients and healthy comparisons, Dr. Jacobs and his colleagues are determining what microbial features distinguish IBD, based on the premise that these microbes and some of the products they make play a role in driving inflammation.

In addition, Dr. Jacobs’ team is conducting translational studies in both mice and humans aiming to mechanistically define how genes interact with the bacteria to contribute to disease. “A healthy person can have the same bacteria as an IBD patient, but the person with IBD had genetic susceptibility that worked in combination with the bacteria to promote inflammation and allow the disease to develop,” Dr. Jacobs explains. His group uses genetically manipulated mice to study how the process occurs in humans. “Ultimately, we want to identify people who are at risk for developing IBD based on their intestinal bacteria and genes,” Dr. Jacobs says. A study he published last year showed that some healthy relatives of IBD patients have distinct microbial features that resemble those of IBD patients, despite the lack of any evidence of disease. “We are now introducing bacteria from these healthy relatives into mouse models to show that these bacteria promote disease. Once we’ve established this, we can then go back to humans to identify who is at risk and potentially find ways to reduce this risk by changing the bacteria,” Dr. Jacobs explains.

Dr. Jacobs started much of this work in the laboratory of Dr. Jonathan Braun, where he was mentored as a UCLA GI fellow in conjunction with the Specialty Training and Advanced Research (STAR) program, which trains physician-scientists at the David Geffen School of Medicine at UCLA. Dr. Braun is part of large consortia using various “omics” technologies to conduct detailed phenotyping of microbiota in IBD patients. Dr. Braun is a leader of the proteomics component of the NIH’s multicenter Human Microbiome Project 2 study of IBD.

The team is also taking an approach that has not received a great deal of attention in IBD — studying the role of long non-coding RNAs (lncRNA) — RNA molecules with a length of 200 or more nucleotides that don’t encode proteins — in the inflammation process that characterizes the disease. This is an area of biology that can help to give us a more complete picture of how IBD becomes a problem for these patients. By learning in the lab about the mechanisms of these non-coding RNAs, we’re laying a foundation that we hope will ultimately help to identify new drug targets for this disease process.

IBD research has generally focused on RNAs transcribed as protein-coding genes, but the vast majority of DNA is transcribed as non-coding RNA. Cancer researchers have studied non-coding RNA for a number of years. “We can take many of the lessons that have been learned from cancer biology and apply them to IBD,” Dr. Jacobs says. For example, he explains, cancer researchers have reported on partner genes that certain non-coding RNAs function with, and these binding proteins and other downstream targets can be applied in IBD research.

More directly, our researchers can see how genes they are interested in have been studied in the context of cancer. As an example, researchers are interested in the role of the lncRNA gene CDKn2B antisense 1 in IBD. Given the gene’s impact on cell proliferation, researchers have learned about partner genes that bind with CDKn2B antisense 1 in colon cancer, and how these genes enable the cells to grow more efficiently with this non-coding RNA. “Now, when we look at it in the context of IBD, we have some guidelines,” Dr. Jacobs says. “We know that this gene has interacted with this other gene in another context, and we can see if that’s the case in IBD. Otherwise, we would be flying blind with a lot of these non-coding RNAs, because there isn’t that much known about a lot of them.”

On the clinical side, Dr. Berkeley Limketkai, director of clinical research for the UCLA Center for Inflammatory Bowel Diseases, is working with Dr. Jacobs to develop biobanking protocols that will facilitate studies of the microbiome and genetic signatures of the UCLA IBD patient population.

Meanwhile, the researchers at the UCLA Center for Systems Biomedicine are leaders in applying the systems approach to IBD, which they are using to dramatically expedite the pace of IBD drug discovery. Current IBD therapies — the most effective of which are tumor necrosis factor (TNF)-alpha inhibitors — take aim at the inflammatory process, but after a certain period of time, 30-40 percent of patients no longer respond to the therapy. There is a great need for new drugs. The multidisciplinary team of experts at the Center for Systems Biomedicine employs innovative robotic and computational tools in an effort to identify key pathogenic processes and hasten the drug discovery process for IBD, as well as other multifactorial diseases. Drawing from large numbers of patient tissue samples, the center uses what is described as an “unbiased strategy” to learn about the most important factors in the disease process, as opposed to the traditional hypothesis-driven method. Using this approach, hthe team team have identified novel molecular mechanisms and developed new IBD drugs targeting the human epigenome.

One such discovery was an epigenetic factor called microRNA (miR) — a small RNA molecule capable of simultaneously regulating the function of multiple genes — that appears to play a central role in the initiation and progression of ulcerative colitis. Our researchers recently received a five-year, $1.7 million grant from the NIH to characterize this molecular mechanism in IBD pathogenesis, and to evaluate the therapeutic potential of a new drug for IBD patients targeting this process.