Father of two thanks blood donors who saved his life 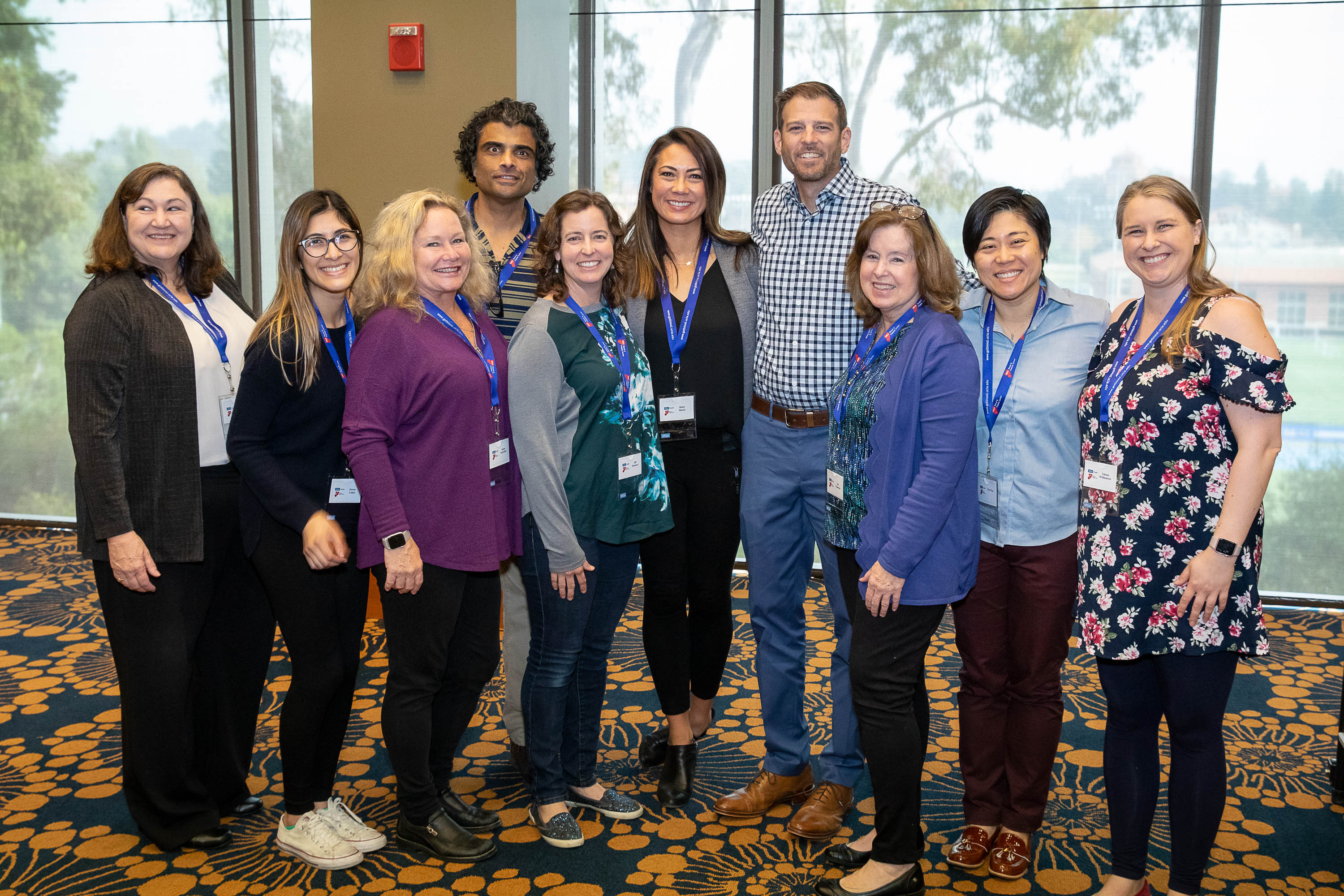 Haley and Tyler Bacon surrounded by eight of the 26 people whose blood and platelet donations preserved his life during cancer treatment at UCLA.

"Because you showed up and donated, my parents still have a son," Bacon said. "My children have a dad. My wife has a husband."

His voice quaking with emotion, he added, "All the gratitude in the world would not be enough to say thank you."

Bacon hugged each member of the group, which ranged in age from 19 to 68, at a Jan. 11 event organized by the UCLA Blood & Platelet Center to honor its top donors.

A lifelong athlete and former professional basketball player in Denmark, Bacon had never experienced health problems until a dental procedure in 2016 resulted in extreme pain and a 104-degree fever. A hospital test revealed that Bacon's red blood cells had plummeted due to acute myeloid leukemia, the deadliest form of blood cancer. He was immediately admitted to UCLA.

After Bacon underwent two rounds of chemo followed by radiation, his older brother proved a match for a bone marrow transplant. His brother's donation replaced Bacon's bone marrow, which was destroyed by the high doses of chemo and radiation.

None of these medical interventions would have been possible without the 29 units of blood and platelets Bacon received from 26 volunteers during his 100 days of hospitalization.

"When your body doesn't make red blood cells to carry oxygen and doesn't make platelets to clot the blood, you must rely on transfusions to prevent you from having a life-threatening hemorrhage," his oncologist, Dr. Gary Schiller, told KABC-TV. Schiller is a professor of medicine in the David Geffen School of Medicine at UCLA and a researcher at UCLA's Jonsson Comprehensive Cancer Center.

Now in remission for nearly two years, Bacon has returned to work; resumed coaching youth softball, baseball and basketball; and is grateful to be home with his wife, son and daughter.

Meeting Bacon affected many of his donors as deeply as it did him. Longtime donor, Susan Kowalski, gives platelets at UCLA every six weeks, and "never put a person on the other end of it," she said. Now she views her donations in a different light.

"It makes me feel like a warrior," she told the Ventura County Star, showing a selfie photo she took with Bacon. "I want to post the picture and say, 'Look what I did. Why don't you come join me?'"

To donate blood or platelets, a person must be 17 or older, weigh at least 110 pounds, be in good health, not take aspirin or anti-inflammatory drugs within 48 hours of donation, and be willing to allow one hour for donating blood or two hours for donating platelets. To schedule a donation, email gotblood@ucla.edu or call 310-825-0888, ext. 2.