Dr. Maie St. John Featured in ENTtoday - A review of the literature tells a story about septoplasty for nasal obstruction that differs from what many otolaryngologists might think: Very young patients can be considered for the procedure, well before facial growth is complete, an expert said here in January at the Triological Society Combined Sections Meeting.
Article on ENTtoday >

Dr. Ashley Kita, Dr. Maie St. John and their collaborators, Dr. Daniel Kamei and Daniel Bradbury, were awarded one of the 2019 UCLA Health Innovation Challenge Awards in Medical Technology in the amount of $50,000.
See winners here >

Letter to the Editor: Vaccinations

Dr. Nina Shapiro responded to an LA Times article that touched on vaccinations and the anti-vaxx movement.
See her letter >

Dr. Jody Kreiman recieved the prestigious inaugural 2019 Academic Senate Service Award. The award is to recognize a member of the UCLA Division of the Academic Senate for their outstanding and dedicated service to the campus and/or the larger community.

The second annual UCLA NF2 & Schwannomatosis Symposium is set to take place on Saturday, May 18. Dr. Marco Giovannini will be one of this year's symposium directors. He is joined by Dr. Akira Ishiyama who will present on "Auditory Rehabilitation in NF2/SWN".
Event materials >

A Tribute to David Lim

The Association for Research in Otolaryngology held a symposium focusing on the accomplisments of the late Dr. David Lim. Faculty members Dr. Sung Moon and Dr. Federico Kalinec were among the speakers who paid tribute. Dr. Lim's research on the Inner Ear and Utilization of Audtoriy Cell Lines were some of his contributions discussed at the symposium.

Dr. Ronald Canalis, Professor Emeritus of Head and Neck Surgery, was named the recipient of the 2018-19 Carole E. Goldberg Award. The award was created in 2015 to recognize the extraordinary service by an emeritus/emerita professor. Dr. Canalis retired in 2010 after thirty-seven years at UCLA as a surgeon-scientist with extraordinary skill as a teacher and mentor.  He is a world-renowned authority on the facial nerve and has offered special anatomy labs to resident physicians who praise his intellectual nimbleness, civility and graciousness.  He was, and remains, a beloved figure for his numerous trainees.

Dr. Marco Giovannini, Director of the Neural Tumor Research Laboratory, and Dr. Andrea McClatchey, Principal Investigator at Massachusetts General Hospital Cancer Center, received a collaborative three-year grant on Defining the Role of Macropinocytosis in NF-Mutant Tumors from the Department of Defense Congressionally Directed Medical Research Programs. The Neurofibromatosis Research Program (NFRP) was established in 1996 when the efforts of NF advocates led to a congressional appropriation to fund research in NF.
Full details >

Management of the Professional Voice

Join UCLA otolaryngologist Dr. Gerald Berke from the UCLA Voice Center for Medicine and the Arts for a conversation about voice management for performing artists.

Oct 3, 2018
Dr. Vishad Nabili has been appointed to the Residency Review Committee. Training programs in Otolaryngology - Head and Neck Surgery in the United States are evaluated by the RRC. The committee is made up of representatives of the American Medical Association, the American College of Surgeons and the ABOHNS, and are accredited by the ACGME.

Chow Down on Gourmet Burgers

Oct 7, 2018
UCLA Head and Neck Surgery will be hosting a casual dinner after day 1 at the American Academy of Otolaryngology. Join the department at FLIP Burger Boutique at 6 pm on Sunday, October 7. Enjoy locally sourched ingredients and signature cocktails while catching up with colleagues. 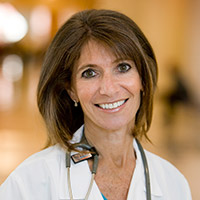 Jul 31, 2018
MSN syndicated a Q&A with Dr. Nina Shapiro on what the color and consistency of earwax can reveal about your health. The article was originally published by Well + Good. Shapiro is a pediatric head and neck surgeon at UCLA Mattel Children's Hospital.

A Doctor's Guide to Medical Myths

May 6, 2018
Dr. Nina Shapiro published her newest book titled "Hype: A Doctor's Guide to Medical Myths, Exaggerated Claims, and Bad Advice - How to Tell What's Real and What's Not". There is a lot of misinformation thrown around these days. Headlines tell us to do this, not that”all in the name of living longer, better, thinner, younger. Dr. Shapiro's jargon-free, balanced book distinguishes between the falsehoods and the evidence-backed truth. She's bringing those lessons to life here with a blend of personal storytelling and science. Hype covers topics as diverse as exercise, nutrition, supplements, alternative medicine, vaccines, and the benefits and drawbacks of medical testing
See publisher listing >

Feb 26, 2018
This work will provide the research community with novel model systems and databases of gene expression profiles from each model that can be used to design and perform pre-clinical tests of agents to relieve pain and tumor growth in schwannomatosis. The successful completion of this study will lead to a major leap forward in our understanding of schwannomatosis manifestations and in the availability of tools that can used over the next decade, to develop novel, efficacious therapies to control tumorigenesis and treat this pain.
Research details >

Dec 12, 2017
Maie St. John, MD, PhD has been named the Chair of the Department of Head and Neck Surgery. Dr. St. John was selected for this position following a national search. She is succeeding Dr. Gerald Berke, who lead the department for 26 years.
See Announcement >

Sept. 26, 2017
Dr. Vishad Nabili, Program Director of the Head & Neck Residency Program, was awarded the Parker J. Palmer Courage to Teach Award. The honor is presented to program directors who find innovative ways to teach trainees and provide quality health care while remaining connected to the initial impule to care for others.

Dr. Gerald Berke recieved the American Laryngological Association Award for his outstanding contribution to the practice of larynx disorders and upper aerodigestive tract.

Oct. 22, 2015
Dr. Gerald Berke was named one of the west coast's best throat doctors for musicians. His treatment of multiple singers, including John Mayer, have made him popular as he often opts for out-patient procedures for voice treatment. The article appeared in Billboard magazine.

Dec. 15, 2014
In a groundbreaking new study, UCLA researches have advanced a robotic surgical technique to successfully access a previously unreachable area of the head and neck. The procedure was developed by Dr. Abie Mendelsohn.
Full article >

Oct 6, 2013
In a recent sold-out show at the Hollywood Bowl, singer-guitarist John Mayer dedicated a song to Dr. Gerald Berke, chair of Head and Neck Surgery at UCLA. He thanked Dr. Berke for getting him "singing on the stage again."
Read Full Story at The Hollywood Reporter >
Read the Mar Billboard Story with more details on John Mayer's treatment >

Aug 29, 2013
A five-year study led by Dr. Marilene Wang, a professor-in-residence in the Department of Head and Neck Surgery, has found that head and neck cancer patients receiving radiation as part of their treatment were less likely to suffer unwanted side effects such as worsening of diet, need for a feeding tube, or narrowing of the throat passage if they complied with a set of prescribed swallowing exercises called a swallow preservation protocol (SPP) during therapy.
Read published journal article in 'Otolaryngology-Head and Neck Surgery' >

Dec 21, 2012
Under the care of Head and Neck Surgeons Nina Shapiro, MD and Abie Mendelsohn, MD, 5-year old patient, Leonidas Hill recently made history at UCLA when he became the first pediatric patient in the western U.S. to undergo transoral robotic surgery to repair his laryngeal cleft.
Read full article at UCLA Newsroom >

Mar 9, 2012
Dr. Quinton Gopen, assistant professor of head and neck surgery, was featured in a KNBC-Channel 4 news report of a patient whom Dr. Gopen discovered had a tiny hole in one of her ear canals, which allowed sounds from inside and outside her body to reverberate inside her brain. After he plugged the hole during surgery, the woman’s symptoms vanished and her hearing returned.

Mar 8, 2012
Dr. Nina Shapiro, M.D., author of Take a Deep Breath, provided information for parents and caregivers about children's breathing issues and the latest research in pediatric breathing issues and airway safety. She also discussed her current research with RAND Corporation that studies and identifies food that lead to high choking incidents in children. Using these findings, she plans to recruit a national panel of pediatric experts, including otolaryngologists, pulmonologists, anesthesiologists, emergency-room physicians, and intensivists (intensive-care-unit specialists) to create guidelines for food products and submit them to the Food and Drug Administration to create a standard for food labeling similar the current framework in place for toys.

Celine Dion Prescribed Voice-Rest Until the End of April

Feb 28, 2012
The Feb. 28 Hollywood Reporter ran an article after singer Celine Dion was experiencing weakness in her vocal cord. Dr. Gerald Berke prescribed 6-8 weeks of voice rest for Celine to recover from her condition. Variety, Las Vegas Sun and others also covered Celine's visit to the UCLA Department of Head and Neck Surgery.

Oct 25, 2010
A study published in the journal of Otolaryngology-Head and Neck Surgery, co-authored by Dr. Nina Shapiro, associate professor in the Department of Head and Neck Surgery at UCLA, found that racial and ethnic disparities among children with frequent ear infections can significantly influence access to health care resources.