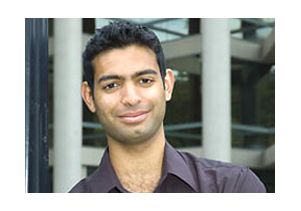 A study by researchers at the UCLA Jonsson Comprehensive Cancer Center provides convincing evidence that radiation-based treatments and surgery are equally effective treatments for aggressive prostate cancer. It also suggests that a particular form of radiation therapy, consisting of external radiation followed by brachytherapy (a type of radiation treatment in which a radioactive source is placed into the tumor directly) provides the best chance of preventing metastatic disease.

This study was the first of its kind to directly compare outcomes between radiation-based treatments and surgery for patients with cancers that are Gleason score nine or 10 (the highest score possible, which represents the most aggressive form of cancer).

Prostate cancer is the most common form of cancer among men in the United States, with nearly 180,000 new cases expected to be diagnosed in 2016 alone. Therefore, identifying the optimal treatment strategies for this malignancy is particularly important.

The relative efficacy of these treatments is particularly relevant for the most aggressive forms of prostate cancer, which will most likely lead to metastatic disease and eventually death. The aggressiveness of prostate cancer is dependent on many factors, one of which is the Gleason score — a grading system of how aggressive the disease appears under the microscope.

Researchers analyzed 487 prostate cancer patients treated for Gleason scores of 9 or 10 prostate cancer between 2000 and 2013 at UCLA, the California Endocurie Therapy Center and Fox Chase Cancer Center. Institutional databases were used to identify patients, and clinical follow up was obtained.

The findings only included advanced prostate cancer patients who were treated since 2000, because the standard of care for these patients has significantly changed over time, particularly for radiation-based treatments.

“Our study focuses on a particularly aggressive form of prostate cancer, and provides the largest series of outcomes for patients with this diagnosis who were treated in the modern era,” said Dr. Amar Kishan, a chief resident in the department of radiation oncology at UCLA. “Our conclusions are relevant to both physicians advising patients about the effectiveness of different treatment options, and patients who would like to learn more about these options on their own.”

The treatments received by patients included in the study are much more likely to be similar to treatments being offered to patients at various medical institutions across the world today.

The research was published online in the journal of European Urology.

Health and Behavior
Report identifies barriers to accessing dental care for low-income Californians
06/21/2021
A UCLA Center for Health Policy Research brief notes that a looming shortage of dentists in the state could exacerbate the problem.

Health and Behavior
Medication may help heavy-drinking smokers improve their health
06/15/2021
A UCLA clinical trial provides evidence that the prescription drug varenicline can aid those who want to quit smoking and reduce their drinking.


For the 15th consecutive year, UCLA Mattel Children's Hospital has placed among the nation's best in pediatric care in a widely watched ranking.