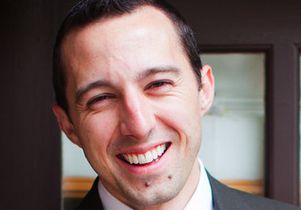 Dr. Adam Schickedanz discusses why the connection between a family’s savings is a better predictor of childhood health than income.

The connection between a family’s income and childhood health has been well-established, with lower income linked to poorer health and a greater likelihood of more chronic conditions. Now a new study by UCLA researchers shows that the size of the paycheck is not all that matters when it comes to children’s health risks. So does the amount that a family has tucked away in savings.

The study is the first to look at child health in the context of what economists call “asset poverty,” or economic strain caused by a lack of ready financial resources such as savings, rather than income relative to the Federal Poverty Level. The study abstract will be presented at the Pediatric Academic Societies annual meeting on May 3.

UCLA researchers found that children in households with less than three months of savings had a substantially higher risk of obesity and chronic illnesses — and worse overall health — than children in households with more money set aside, even if the families were earning an adequate income. Having enough savings to cover basic expenses for three months is considered by many economists and financial planners to be the minimum target amount needed to avoid slipping into debt in the event of a financial shock, such as a car repair or short-term job loss.

“The findings showed that the longer families lived paycheck-to-paycheck, the worse their children's health risk. The strong associations between wealth and child health were independent of other key factors known to influence child health, such as parental income, education, race and age,” Schickedanz said. “In fact, the study showed the differences in children’s health tied to household wealth level were most often equal to or larger than differences associated with income or education level — the factors typically used to measure economic-related health risks facing children and families.”

To conduct the study, researchers examined a nationally representative group of 2,907 children and their families using data collected between 1997 and 2007 from the Panel Study on Income Dynamics. The “Panel Study on Income Dynamics” is the longest-running economic survey of families in the world, beginning in 1969 as part of the Johnson administration’s War on Poverty, and it has tracked the economic prosperity and health of four generations of American ever since.

“Wealth is a key dimension of socioeconomic status in children that can no longer be overlooked when it comes to child health,” Schickedanz said. “Policymakers should be aware that efforts to help families save more money and reduce asset poverty and wealth inequality are likely to benefit health across generations.”

The next phase of research will evaluate the health impact of financial coaching programs that have been proven to help families in poor communities stretch their incomes further and increase their net worth. If these interventions can improve families’ health and well-being, they might offer a new way for health care systems to help low-income patients improve both their financial and physical health at the same time.

Additional authors include Dr. José Escarce and Dr. Paul Chung, both of UCLA. The authors have no conflicts to disclose relevant to the study.

The research was supported by The Robert Wood Johnson Foundation, the National Institutes of Health (National Institute of Child Health and Human Development) and the UCLA Children’s Discovery and Innovation Institute.