UCLA Health is dedicated to delivering excellent compassionate, inclusive and equitable care to support all of our patients, including our diverse LGBTQ (Lesbian, Gay, Bisexual, Transgender, Queer/Questioning) community. While all UCLA team members care for all patients equitably, providers who have a particular interest and expertise in various aspects of care for the LGBTQ community have been designated with our "Rainbow U" LGBTQ Champion designation. These providers have also committed to pursuing ongoing education in caring for the LGBTQ population.

Below is a directory of UCLA Health primary care providers who regularly care for LGBTQ patients and have knowledge in LGBTQ health.* 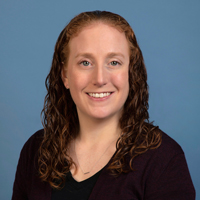 Types of care: Evaluation for initiation of gender-affirming hormone treatment

Dr. Jessica Bernacki is a Staff Psychologist at the UCLA Medicine-Pediatrics Comprehensive Care Center (MPCCC). She completed her doctoral training in clinical psychology at the University of Wisconsin-Milwaukee; her psychology internship in the Department of Psychiatry at UCLA, and her fellowship in the Child Psychiatry Department at Stanford University. She joined the integrated primary care team at the MPCCC in 2013. She has served as the behavioral health director for the UCLA Gender Health Program since it was founded in 2016. In this role she is committed to providing behavioral health services for transgender and gender-diverse patients of all ages. Appointments can be scheduled through our Primary Care program. More > 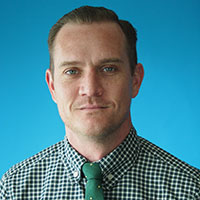 Dr. Michael J. Enenbach is a Board-Certified Adult and Child & Adolescent psychiatrist. He is currently an Assistant Clinical Professor at UCLA, where he primarily functions as an inpatient attending. Other specialized areas of clinical interest are psychopharmacology, eating disorders, autism spectrum disorders and borderline personality disorder. Dr. Enenbach graduated from the University of Kansas in 1996 with a Human Biology major with Honors and Distinction. He continued at the University of Kansas for medical school, graduating in 2000. He completed his adult psychiatry residency from UCSF in 2004 and his child & adolescent fellowship from the University of Washington in 2009, serving as chief resident at both programs. Prior to returning to fellowship in 2007, he worked as the Medical Director for the Mobile Crisis Treatment Team in San Francisco and was on volunteer clinical faculty at UCSF. Dr. Enenbach is currently the SCSCAP President and has served on the SCSCAP Executive Council for four years. More > 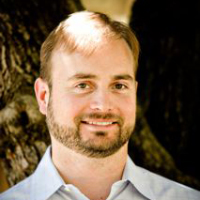 Dr. Timothy McCajor Hall has more than twenty years of research, teaching, and community involvement in LGBTQ issues, beginning in college when he co-founded an LGBTQ student magazine and continuing in medical school when he was the only openly LGBT student in his class at UCSD. His PhD in anthropology, based on three years of fieldwork in Czech Republic, examined processes of sexual identity development, relationships, and mental health considerations among gay and bisexual men. He then did postdoctoral training at University of Chicago in sexuality and aging, participating in the National Social Life, Health, and Aging Project (NSHAP) with sociologist Linda Waite and did fieldwork on older gay and bisexual men with psychologist and gay psychoanalyst Bert Cohler. Since coming to UCLA, he has carried out anthropological research on non-gay-identified men who have sex with men, and has worked on several clinical trials related to HIV prevention, including a trial of pre-exposure prophylaxis (PrEP) in African-American men in LA. In addition to other clinical work, he has seen patients in the UCLA CARE (HIV) clinic since 2011. He teaches residents at UCLA and psychotherapists at the New Center for Psychoanalysis about sexuality, gender, and HIV in relation to psychotherapy. He is an active member of associations for LGBT psychiatrists (AGLP), medical professionals in Southern California (SCLMA), and chairs the American Anthropological Association's interest group in human sexuality. More > 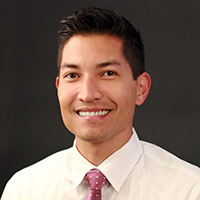 Dr. Brandon Ito is Assistant Professor of Medicine – Psychiatry at UCLA. Dr. Ito completed his Adult Psychiatry training at the University of California, San Francisco and fellowship training in Child and Adolescent Psychiatry at the NYU Child Study Center and Bellevue Hospital where he served as Chief Fellow. More > 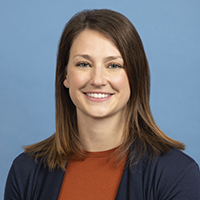 Dr. Elizabeth Ollen is the Clinical Director and Attending Psychologist for the EMPWR Program, which provides comprehensive mental health services for LGBTQ youth and adults. Dr. Ollen provides teaching and supervision to advanced trainees, provides direct clinical care to patients, facilitates the EMPWR Parent Resilience Class for parents of LGBTQ youth, and helps develop and deliver LGBTQ affirming training to the UCLA Health System. She is also involved in research and development of therapeutic interventions to foster resiliency among LGBTQ adolescents and their families. Dr. Ollen’s primary treatment specialization is in addressing the psychological sequelae of both acute and complex developmental trauma. She has a broad range of generalist experience using evidence-based treatment for children and adolescents with disruptive, mood, and anxiety disorders in community mental health, hospital-based outpatient, and inpatient settings. More > 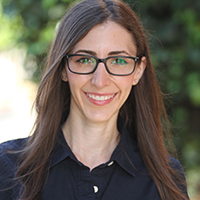 Dr. Natalia Ramos is the Medical Director for the EMPWR Program, an Assistant Clinical Professor of Psychiatry, and a board-certified Child, Adolescent, and Adult psychiatrist. Dr. Ramos oversees psychiatric evaluation and medication management for patients in EMPWR, as well as the EMPWR Teen Resilience Group, an 8-week therapeutic group that engages teens in learning cognitive behavioral therapy (CBT) skills to manage identity-related stress and additional life stressors. She also provides affirming training to mental health trainees and to providers in the UCLA Health system. She specializes in multimodal treatments for traumatic stress, as well as psychopharmacology (medication) for mood disorders, anxiety disorders, and ADHD. She is bilingual in English/Spanish. More >

*This list is not comprehensive and continues to grow. If you are a provider at UCLA Health and would like to be listed, please fill out this request form.