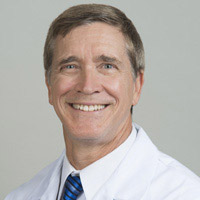 "In order to clarify the role of the optic nerve (ON) as a load on ocular rotation, we developed a finite element model (FEM) of incremental adduction induced by active contractility of extraocular muscles (EOMs), with and without tethering by the ON.

Three-dimensional (3-D) horizontal rectus EOM geometries were obtained from magnetic resonance imaging of five healthy adults, and measured constitutive tissue properties were used. Active and passive strain energies of EOMs were defined using ABAQUS (Dassault Systemes) software. All deformations were assumed to be caused by EOM twitch activation that rotated the eye about a fixed center. The medial rectus (MR) muscle was commanded to additionally contract starting from 26 degrees adducted position, and the lateral rectus (LR) to relax, further adducting the eye either with or without loading by the ON. Tridimensional heat maps were generated to represent the stress and strain distributions.

Tensions in the EOMs were physiologically plausible during incremental adduction. Force in the MR increased from 10 gm at 26 degrees adduction to approximately 28 gm at 32 degrees adduction. Under identical MR contraction, adduction with ON loading reached 32 degrees but 36 degrees without it. Maximum and minimum principal strains within the MR were 16% and 22%, respectively, but when ON loading was included, resulting stress and strain were concentrated at the optic disc.

This physiologically plausible method of simulating EOM activation can provide realistic input to model biomechanical behavior of active and passive tissues in the orbit to clarify biomechanical consequences of ON traction during adduction."