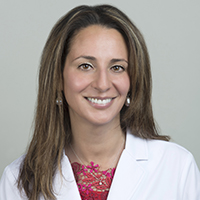 "New research suggests mobile stroke units, state-of-the-art ambulances equipped to provide stroke patients with emergency diagnosis and treatment before they arrive at the hospital, can have a major impact on health outcomes.

According to the study, which was recently presented at the American Stroke Association’s International Stroke Conference, stroke patients treated in mobile stroke units received a lifesaving clot-busting medication called tissue plasminogen activator (tPA), or alteplase, more frequently and sooner than patients who received emergency care from a standard ambulance.

“The whole idea of the mobile stroke unit is to take the emergency room to the patient. It’s essentially a stroke center on wheels,” says James C. Grotta, MD, the lead study author and the director of stroke research at the Clinical Institute for Research and Innovation at Memorial Hermann Texas Medical Center in Houston. He adds that “tPA is the only approved drug for stroke. It’s given in the emergency room and has been shown to be effective.”

Individuals transported by a mobile stroke unit were less likely to have disability from stroke compared with those brought to the emergency department by a standard ambulance.

May Nour, MD, PhD, another author of the study and the medical director of the University of California in Los Angeles mobile stroke unit program, adds, “[The] study demonstrated that out of 100 patients treated earlier on mobile stroke units, rather than later in the emergency department, 27 had less severe disability, of whom 11 will be disability-free.”"