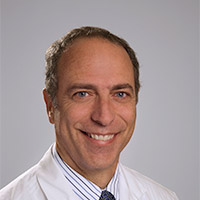 (Excerpt from the article)

"Optimal incorporation of chemotherapy (CT) into the initial management strategy for patients with 1p19q codeleted anaplastic oligodendroglial tumors (AOTs) has intrigued our field for decades, particularly after Radiation Therapy Oncology Group 9402 and European Organisation for Research and Treatment Center (EORTC) 26951 showed survival was doubled by adding procarbazine, lomustine (CCNU), and vincristine (PCV) to radiotherapy (RT). However, since those trials launched in the 1990s, the CT regimen of choice shifted from PCV to temozolomide (TMZ),3 extrapolating from favorable results with combined TMZ and RT in glioblastoma, particularly in light of the better tolerability and simpler schedule with than PCV. Perhaps more importantly, relatively long survival is common, with the median exceeding 10 years in both RTOG 9402 and EORTC 26951. Accordingly, late neurocognitive injury from early RT can be a serious concern, and deferring RT altogether in favor of CT (usually with TMZ), became a common first-line approach by the mid-2000s."