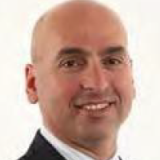 Gary Ghazarian is a partner and director of operations at Kayne Anderson Capital Advisors, a $30 billion investment manager based in Los Angeles. Gary has been with Kayne Anderson and a former affiliate firm since 2001. Prior to that he was a vice president at Wilshire Associates, a leading institutional investment consulting firm. Gary earned a BA in economics from UCLA and an MBA in corporate finance from USC.

Gary has been a volunteer with Operation Mend since 2013 and has had the honor of spending a significant amount of time with over a dozen wounded warriors. He was awarded the Ventura County Community Foundation’s Philanthropist of the Year award in 2015 for his work with Operation Mend, the Advisory Council of the Ventura County Veterans Fund, and the Gold Coast Veterans Foundation. Gary is on the Board of Counselors at the USC Master of Business for Veterans Program. He, along with his firm’s charitable foundation, were recognized in the Congressional Record by the House of Representatives for their support of veterans.