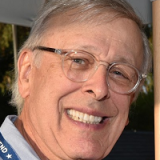 Marc B. Nathanson is one of America’s leading communications entrepreneurs, for over 40 years. In 1975, Mr. Nathanson founded and was CEO of Falcon Cable TV, one of the largest multiple cable system operators in the United States, with joint ventures in the United Kingdom, France, Brazil, India, Mexico, and the Philippines.

In 2012, Secretary of State, Hillary Clinton, appointed Mr. Nathanson as her representative to the Board of the East-West Center in Honolulu, Hawaii. Mr. Nathanson was also appointed in 1998 by President William Clinton and confirmed by the Senate as the Chairman of the Broadcasting Board of Governors (BBG), which runs Voice of America Radio Free Europe and all other non-military international communications of the United States. President George W. Bush asked him to stay as Chairman until his successor was confirmed by the Senate (18 months later).

Mr. Nathanson is on the board of the Aspen Institute, and a member of the Council on Foreign Relations. Mr. Nathanson is on the Advisory Board for the USC Annenberg School, is Center on Public Diplomacy and The Center for the Digital Future. He is a member of the International Advisory Council for the U.S. Institute of Peace and the Los Angeles Coalition for the Economy and Jobs. Mr. Nathanson founded and is Chairman Emeritus of the Homeland Security Advisory Council (HSAC) for Los Angeles. Mr. Nathanson’s wife, Jane, founded the Nathanson Family Resilience Center at UCLA, which, among other programs provides military and veteran families with resilience training.