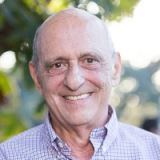 In 1961, at the age of 24, Ronald A. Katz and partner Robert N. Goldman formed Telecredit, Inc., the nation's first on-line real time credit and check cashing authorization service, based on a system they subsequently patented. In the mid 1980's, Mr. Katz began inventing and patenting new forms of communication between computers and telephones focused on emerging automated telephone interfaces.

In 1994, Mr. Katz formed Ronald A. Katz Technology Licensing, L.P. He bought back his original portfolio of licenses from First Data Corporation (formerly American Express Information Services Corporation) and began to license his patents to some of the largest companies in the United States including: AT&T, Bank of America, General Electric, IBM, Mellon Financial, Merck, Prudential, Sprint Nextel, T-Mobile USA and Verizon Wireless.

Overall, Mr. Katz was awarded more than 90 patents and his firm granted over 250 licenses, primarily in the fields of telecommunication and computing technology. Evan Schwartz, in his 2004 book entitled Juice: The Creative Fuel That Drives Today's World-Class Inventors (Harvard Business School Press) featured Mr. Katz and stated, “He has quietly become the most financially successful inventor in history.”

In 2002, after having created and supported a number of charitable endeavors, Ron and his late wife, Maddie, established “The Katz Family Foundation”. In 2006, the Katzes began focusing their attention on serving wounded warriors and their families. They proudly provided a lead gift for a new Fisher House at Brooke Army Medical Center.

Then, in 2007, The Katz Family Foundation established and funded its most important philanthropic achievement to-date: UCLA Health Operation Mend, a partnership between UCLA and Brooke Army Medical Center. Currently in its 12th year, Operation Mend seeks to heal the visible and invisible wounds of our nation’s post 9/11-era warfighters injured in the line of duty by providing specialty surgical and medical treatments for complex physical injuries, advanced diagnostics and evaluation for Traumatic Brain Injury and a 6-week Intensive Treatment Program for Post-Traumatic Stress Disorder and mild Traumatic Brain Injury (3 weeks on campus at UCLA and 3 weeks from home over TeleHealth). Warriors and their family members receive wrap around psychological and social support, travel and accommodations. There is no cost to warriors or their family members, and the program is entirely donor funded.

Mr. Katz continues to provide meaningful philanthropic support to numerous organizations in the Los Angeles community. He has been humbled to receive awards and recognition for his work including the Secretary of the Army Public Service Award for distinguished public service; the US Army’s “Strength of the Nation” award; and the Distinguished Public Service Award from the Secretary of the Navy, but what he loves most is to talk about his six grandchildren!