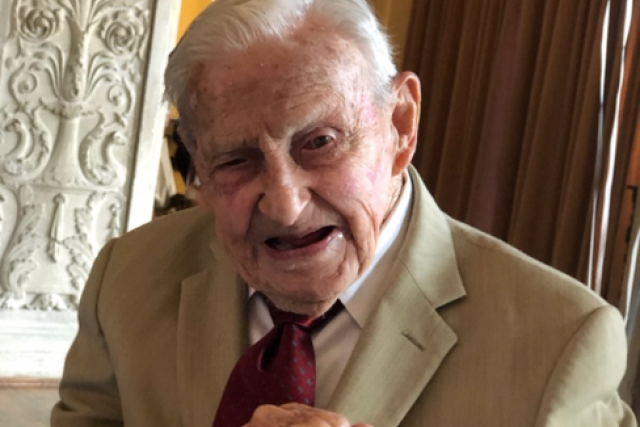 Looking back on his life as a member of U.S. armed forces, an Angeleno and a Bruin, Al Woodill made the generous decision to set aside a sum in his estate documents in support of UCLA Health Operation Mend.

Al Woodill was born in downtown Los Angeles, in the Alvarado District, 100 years ago. He still remembers moving to Beverly Hills, population 800, in mid-1920. “There were vacant lots around to play kick the can, and hide and seek was on bicycles, on a square city block. It was a lot of fun,” Al says.

As a young man, Al had just enrolled at UCLA when in 1941 his life took a different turn. “Boom, my draft number came up. I went to the Draft Board and explained that I had signed up at UCLA, but tough luck, that didn’t change anything. Being drafted meant the infantry, and I was scared to death of the bayonet. Did you see All Quiet on the Western Front? So the next day, I went down and signed up in the Air Corps to beat the draft. So I'm a draft-dodger,” Al jokes.

He remembers the next steps, “I passed the physical exam and sat by for almost three months, but then was tossed on a train to San Antonio for basic training. From there, I went to Sikeston, Missouri, to flying school for primary instruction for seven weeks. There were six guys to an instructor. And the instructor went up 30 to 50 -- 30 to 50 minutes with each student.” Al’s training continued back at San Antonio at Randolph Field and then in Lake Charles, Louisiana for advanced training on a new single engine airplane, the AT-6 that was built in Inglewood. He was trained as fighter pilot.

Or so he thought. When he reported for deployment to the airfield in Tampa, Florida, he ended up learning how to fly a B-26 twin engine plane meant for bombing missions. Al first flew off to British Guyana, then to the easternmost point of South America, Natal. From there to Ascension Island, in the middle of the Atlantic where a huge landing strip was the bridge for planes that couldn’t get all the way across to North Africa. His final destination was Casablanca, Morocco.

“I was flying a brand new plane,” Al recalls, “I called it the Ticket Home. But as soon as I landed in Casablanca, it was taken away, as new planes often were. We moved near Tunis. We lived four to a GI tent, in an olive orchard -- hotter than Hades. I was assigned bombing mission over Sicily and southern Italy. By the time we got in there, the Germans had pulled out their Messerschmitt 109s and all their fast fighters because they had to take care of the B-17s and B-24s that were bombing inside Europe or northern Italy. We beat up the Italians so quickly that we didn't have much fighter resistance. All we had to worry about really was the 88 millimeter anti-aircraft, which the Germans were famous for. Most of our targets were bridges, road crossings, or railroad yards. The only time we had to go after troop concentration was the battle of Salerno. I flew 40 missions”

“You always have a horror story or two,” Al says philosophically, “On one takeoff in North Africa, I lifted off the ground and brought the throttle back, and all of a sudden the nose went way up in the air, the tail went way down. And, holy mackerel, that's the beginning of a stall. Fully loaded with bombs, that was a little scary. Fortunately, my hands were still on everything, I got the nose down quickly to pick up airspeed and off we went.”

“Another time,” he reminisces, “I got into a sandstorm over the Sahara for about half an hour. You go into it like a cloud, and you can't do anything about it. The sand gets in the engines, and it tears you up and down. You can't see anything, and you’re flying by instruments. It felt like the plane was going to come apart, and I didn’t think we were going to get out of it. That really shook me up.”

Al came home, and after some R and R, he was transferred to Barksdale Air Force base in Shreveport, Louisiana, and stayed there the rest of the war, instructing in B-26s and then B-17s, and ended up on the B-29s. “Then, Al explains, “I went back to UCLA and finished as quickly as I could. I majored in business and graduated after two years.” He started a successful career in gemology and ended up heading that field’s national trade association.

Looking back on his life as a member of U.S. armed forces, an Angeleno and a Bruin, Al Woodill made the generous decision to set aside a sum in his estate documents in support of UCLA Operation Mend.

For more information about establishing a bequest, sample bequest language, or any other flexible ways you can include a philanthropic gift in your estate plans, please contact Ervin Rodriguez, Director, Gift Planning, at [email protected] or 310-794-2139. For more information about UCLA Operation Mend, please contact Nicholas Middlesworth, Senior Director, Hospital Initiatives & Operation Mend, at [email protected] or 310-206-2089. 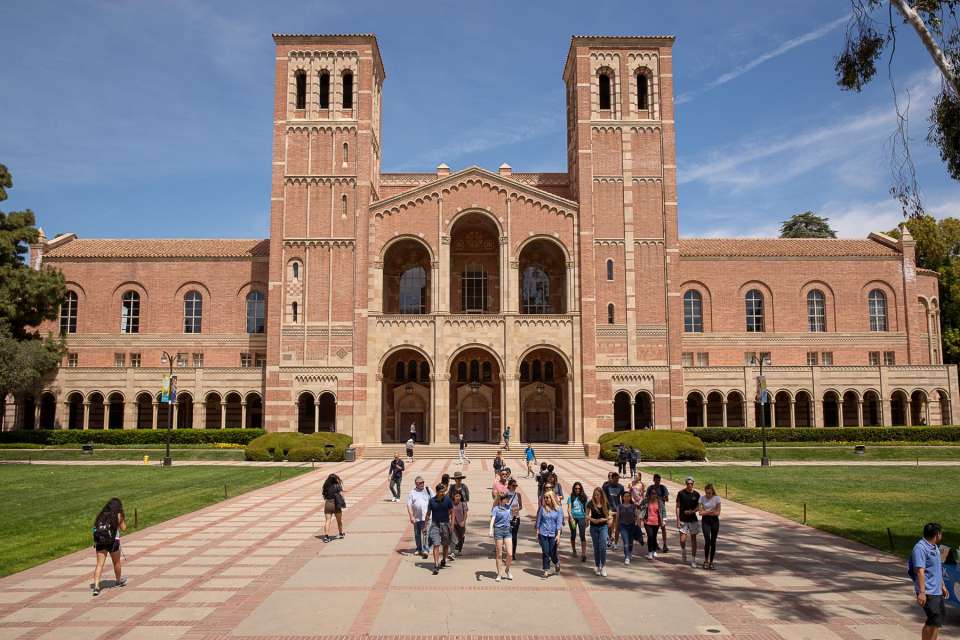 Note: Based on recent interview with Al Woodill and a 2006 interview for the Library of Congress’ Veterans History Project.