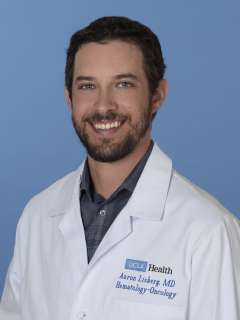 Dr. Aaron Lisberg is a hematologist and medical oncologist who practices in Santa Monica and Torrance. He specializes in the emerging field of immunotherapy, with a specific focus on malignancies of the lung, head and neck. He is board certified in internal medicine, hematology and medical oncology.

In addition to his clinical work, Dr. Lisberg conducts research on immunotherapy, and factors that might predict either a response or toxicity to immune checkpoint inhibition in lung cancer. He also conducts research on the synergistic nature of radiation and immune-based therapies.

Dr. Lisberg received his medical degree from the University of Minnesota Medical School, where he was elected to the AOA honor society. He then completed his internal medicine residency at The University of Washington in Seattle, followed by his hematology/oncology fellowship at UCLA. He grew up in Minneapolis, Minnesota, and received his Bachelor of Arts degree in biology from Grinnell College.

When he's not working, Dr. Lisberg enjoys spending time with his wife and two children, either exploring local parks and playgrounds, or checking out the city's diverse restaurant scene.

University of Washington School of Medicine, 2014

University of Washington School of Medicine, 2012

University of Minnesota GME, MD, 2011
What insurance is accepted? 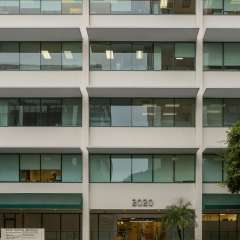