The UCLA Brachytherapy Division is one of the most experienced and advanced centers in the United States.  It was established in 2010 after D. Jeffrey Demanes was recruited to UCLA and brought his longstanding practice California Endocurietherapy to Los Angeles from Northern California.

We are one of the few centers in the United States that has expertise in using brachytherapy to treat all types of cancers.

We also have state of the art equipment and facilities including a brachytherapy suite in the Department of Radiation Oncology, a portable CT scanner to allow for imaging during implants, real-time ultrasound planning for prostate brachytherapy, a new Flexitron afterloader and a Xoft unit for intra-operative breast radiation.

Brachytherapy is a specialized skill and we've dedicated ourselves to building a team to take the best care of our patients as possible.  Our team includes two nurses, a physician assistant, brachytherapy fellows, a dosimetrist, a physicist, two therapists, scrub techs, and front office staff.  There are few other Brachytherapy centers in the United States that commit this level of resource to caring for brachytherapy patients.

Brachytherapy is a form of internal radiation treatment where radioactive sources are placed on or into cancer tissues.  Sometimes the radiation is put in place through a larger metal or plastic tube called an applicator.

During the treatment, implants are placed in the body through the applicators. Some implants are permanent, while others are left in for a short period. The applicator may be removed at the same time as the implant, or it may be left in place until all the treatments are finished.  Applicators can be placed either during surgery or by your physician using an imaging test to view the intended location. If the applicators need to be held in place, stitches may be used.

This is not a new technique.  It has actually been around for over 100 years as can be seen in the below timeline:

Implant Types:
Specific implants are selected based on the location of the tumor, the extent of the tumor, and several other factors.  These types are:

High Dose Rate (HDR) Implants
During HDR brachytherapy, the radiation source is in place for 10 to 20 minute periods and then removed.  Depending on cancer type, HDR treatments may occur once or twice a day for two to five days or once a week for two to five weeks. During the course of treatment, the applicator may stay in place, or it may be put in place before each treatment.  As with LDR implants, the applicator will be removed once treatment is finished

HDR is performed using a single tiny (1mm x 3 mm) highly radioactive source of Iridium-192 that is laser welded to the end of a thin, flexible stainless steel cable. The source is housed in a device called an afterloader. The computer-guided afterloader directs the source into the treatment catheters placed in and around the prostate by the brachytherapy physician. The source travels through each catheter in 5 mm steps, called "dwell" positions. The distribution of radiation and dose is determined by the dwell positions the source stops at and the length of time it dwells there. This ability to vary the dwell times is like having an unlimited choice of source strengths. This level of dose control is possible only with HDR.

Step 1: Implant placement
The UCLA physicians decide which type of implant (intracavitary, intraluminal, or interstitial) the patient requires, based on location, tumor extent and other factors.

Step 2: Simulation
After the implant has been placed, either CT, MRI or special x-ray films are taken by the radiation therapists to determine the exact location of the implant in the body and the relationship to adjacent organs. These images assure that the implant and nearby organs are visualized clearly. The physician reviews these films and makes final adjustments to the implant if necessary.

Step 4: Treatment
The patient is moved into the brachytherapy treatment room. The ends of the applicator or treatment catheters that protrude outside the body are connected to "transfer" tubes which are then connected to the afterloader. The programmed instructions tell the afterloader where to direct the source and how long the source will stay in each dwell position. The patient is alone in the treatment room while the treatment is being given, but the therapists and nurses are continually monitoring the patient through an intercom and closed circuit TV monitors. The entire treatment process takes about 30-90 minutes depending on the size and complexity of the implant and the activity of the source. The actual radiation treatment itself takes approximately 5-15 minutes depending on the clinical situation. When the treatment is completed, the radiation source is retracted back into the HDR afterloader. There is no radiation left behind in the patient.

Examples of various applicators and the Flexitron afterloader which is used at UCLA.

After the treatment(s) have been given, the implant is removed. Intracavitary and intraluminal applicators are simple to remove and the patient goes home soon after removal. With interstitial implants, sutures holding the template and/or catheters in place are cut and the implant is gently removed. Some minor bleeding usually occurs, which is quickly stopped by applying direct pressure to the implant site with gauze pads. Post- implant skin care instructions are given by the nurses before the patient is discharged. A date for a follow-up appointment will also be given.

Step 6: Follow-up
It is important that the patient keep us informed as to their recovery and any side effects. We pride ourselves on thorough patient follow-up, which is how we assess the efficacy of our HDR treatments and provides us with the data necessary in order to report our results in the medical literature.

4. Clinical Experience with HDR at UCLA

Our team at UCLA has some of the most clinical experience using brachytherapy for the treatment of all sites in the nation.  We’ve safely delivered over 25,000 HDR treatments.  Below is a table summarizing the types of cases that we’ve treated through March 2015.  This table includes cases treated at CET as well as those treated since 2010 when CET moved to UCLA.

*Statistics as of end of September 2016

Brachytherapy is a specialized skill and we've dedicated ourselves to building a team to take the best care of our patients as possible. Our team includes radiation oncologists, fellows, physician assistant, physicist, dosimetrist, nurses, radiation therapists, scrub tech, and the front office staff. There are only a few other Brachytherapy centers in the United States that commit this level of resource to caring for brachytherapy patients. 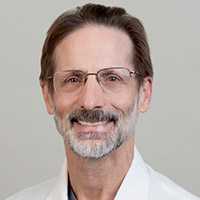 Dr. Alan Lee completed his undergraduate studies at The University of Kansas in Lawrence, KS and medical school at SUNY Upstate Medical University in Syracuse, NY. He then went on to complete his internship in medicine/surgery at Newton-Wellesley Hospital in Boston, MA. His radiation oncology training was completed at Montefiore Medical Center / Albert Einstein College of Medicine in the Bronx, NY. During his time in residency he developed a strong interest in brachytherapy which led him to pursue fellowship training at UCLA. Dr. Lee completed his brachytherapy fellowship at UCLA in June 2019 and subsequently joined the Radiation Oncology faculty in July 2019. More »
Puja Venkat, MD
Assistant Professor

Dr. Puja Venkat joins the department as an Assistant Professor in Radiation Oncology.  She completed her undergraduate studies at Stanford University. Receiving her medical degree from the University Of Toledo College Of Medicine, she then completed residency training at the University of South Florida/Moffitt Cancer Center in Tampa, Florida.
She developed her interest in brachytherapy during her training at Moffitt and pursued a Brachytherapy Fellowship here at UCLA Radiation Oncology.  Dr. Venkat has a strong interest in gynecological, head and neck, prostate and breast cancers and is looking  forward to working with the teams to expand clinical applications for brachytherapy across disease sites. More > 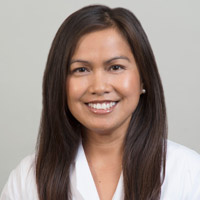 Lalaine Borja Zaide, PA-C received her Bachelor of Sciences degree in Biological Sciences from California State University, Hayward in 1999 and her Master of Science degree in Physician Assistant Studies from Pacific University in 2004. Lalaine has specialized in brachytherapy since 2007 and has been a part of the UCLA Division of Brachytherapy since 2010 when California Endocurietherapy (CET) Cancer center joined UCLA.  Lalaine assists with many brachytherapy procedures.  She also coordinates patient treatments as well as provides follow up and management of brachytherapy patients. More >

Dr. Sang-June Park is an Associate Professor and Chief of Brachytherapy Physics. He received his PhD from the Nuclear Engineering and Radiological Sciences, University of Michigan in 2005. After his PhD, Dr. Park joined Brookhaven National Laboratory for small animal imaging research (2005-2006). He received medical physics and brachytherapy training from Harvard Medical School Department of Radiation Oncology at Brigham and Women’s Hospital and Dana-Farber Cancer Institute (2006-2009). Dr. Park joined UCLA in 2009 and has been working on brachytherapy planning, QA, education, and research.

Phillip Chow graduated from UCLA with a Bachelor of Science degree in Physics in 1990.  While attending graduate school in Astrophysics, he began working as a Medical Dosimetrist in 1992.  He received his certification from the Medical Dosimetrist Certification Board (MDCB) in 1995.  He then moved to Bangor, Maine in 1996 where he worked for two years as a Certified Medical Dosimetrist before being offered a position at Kaiser Permanente in Southern California.  He stayed with Kaiser from 1998 to 2000 when he was accepted to the Biomedical Physics Graduate Program here at UCLA.  He earned his Master of Science degree in Biomedical Physics in 2004 and shortly thereafter began working as a Medical Physicist here in the UCLA Department of Radiation Oncology.  He is currently working on his PhD in Biomedical Physics.  On top of his duties as a clinical Medical Physicist, Phillip is now heading the Eye Plaque Physics program; responsibilities include coordination of the Physics staff involved in the eye plaque program as well as oversight of the program’s day-to-day operations.

Mary Ann Hagio, BS, RTT, CMD
Mary Ann obtained her Bachelor's degree from CSU Long Beach in Radiation Therapy. She worked initially as a staff radiation therapist, then later as an associate chief therapist at UCLA from 1996-2007.  She then joined the medical physics group as a medical dosimetrist in 2007, then the brachytherapy service in 2013.  She currently works alongside the physicians and physicist designing treatment plans for both the brachytherapy and external beam treatments.  She’s also an active member with the American Association of Medical Dosimetrists.

Kayla Kafka RN BSN CNRN is a registered nurse and the coordinator for the UCLA Brachytherapy Program. Prior to joining UCLA, Kayla spent many years working in Neuro/Trauma Intensive Care at Northwestern Memorial Hospital in Chicago, Illinois and at the University of Iowa Hospitals and Clinics in Iowa City, Iowa.

Alfred Jamison worked as a radiation Brachytherapist with Dr. Demanes and team for 11yrs, 5 yrs while at Alta Bates Hosp in Oakland,Ca, and 6 yrs here at UCLA. He particularly enjoys the hands-on aspect of brachytherapy and has enjoyed the quickly developing program of new technology, applicators, and workflow in the UCLA setting. His background is varied in several other non-medical careers of home construction, pipe-laying, heavy equip. operating, including commercial truck driving, and coal mining. All these experiences contribute to enjoying his job and relating to patients.

Maria Serrano is responsible for equipment and instrument preparation as well as assisting physicians during the brachytherapy procedure.