SBRT and Radiosurgery have great potential but must be executed with care, caution and in a highly coordinated teamwork environment. Phone: (310) 825-9775

Dr. Amar U. Kishan is an Assistant Professor in the Department of Radiation Oncology at the David Geffen School of Medicine at UCLA. Dr. Kishan graduated from the University of California, Berkeley with dual Bachelor of Arts degrees in Molecular and Cell Biology and Public Health. He earned his medical degree from Harvard Medical School, where he graduated magna cum laude from the joint Harvard-MIT Health Sciences and Technology Program. During medical school, he was awarded a Howard Hughes Medical Institute Fellowship to study tumor metabolism in the laboratory. He subsequently completed his internship training at Scripps Mercy Hospital in San Diego, where he was recognized as the H.H. Jones Intern of the Year. He then completed his residency training in radiation oncology at UCLA. He specializes in the utilization of radiation to treat genitourinary malignancies (particularly cancers of the prostate and bladder), as well as malignancies of the head and neck and central nervous system.  More » 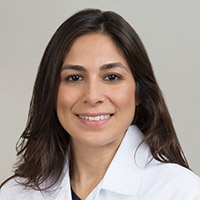 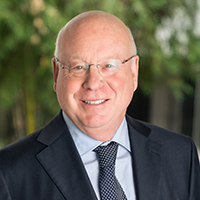 Dr. Michael Steinberg is Professor and Chair of the Department of Radiation Oncology at the David Geffen School of Medicine at UCLA. His professional career spans private, corporate and academic practice and is known for  the development  of multi-site radiation oncology care networks that  are characterized by clinical excellence and community based clinical research. The UCLA Radiation Oncology network includes he department at Ronald Reagan Medical Center at UCLA, academically oriented community practices as well as Children's Hospital Los Angeles. Dr. Steinberg has specific expertise in the treatment of tumors of the GU system, breast and head and neck.  He specializes in the use of technically advanced treatment modalities such as Stereotactic Body Radiation Therapy (SBRT) and brachytherapy for the treatment of malignancy. More »

Dr. Agazaryan is a Professor of Radiation Oncology and the Chief of Clinical Medical Physics at the UCLA Radiation Oncology. He is also a Professor of Biomedical Physics Graduate Program. His appointment in the Department of Radiation Oncology involves research, teaching and clinical practice. His research and clinical interests include stereotactic radiosurgery (SRS/SRT), stereotactic body radiotherapy (SBRT), small field dosimetry, image-guided radiotherapy (IGRT), functional image-guided radiotherapy, gated radiotherapy, eye plaque brachytherapy. Dr. Agazaryan is a Diplomate of The American Board of Radiology (DABR) - board certified in Therapeutic Radiologic Physics. He is also California State licensed to conduct therapy machine calibration and radiation protection surveys.

Dr. Cao received his PhD in Medical Physics from Purdue University in 2007.  Prior to joining UCLA, he was appointed as an Assistant Professor in the Department of Radiation Oncology at the Indiana University. He is certified by the American Board of Radiology in radiation therapy physics. His research interests include image guidance in radiation oncology, functional and physiological imaging and stereotactic body radiation therapy.

Chul Lee has been working as a medical physicist at UCLA Radiation Oncology since January 2006. He obtained Master's degree in Medical Physics from Medical College of Ohio in December 2005.  Prior to coming to UCLA, he worked as a researcher in radiochemistry laboratory for ten years at University of Michigan - Ann Arbor.

Stephen Tenn joined the UCLA Department of Radiation Oncology in November of 2008. He received his PhD from the UCLA Biomedical Physics Graduate Program in 2007. His dissertation project focused on the accuracy of image guidance and gated radiotherapy using the Novalis Radiosurgery system. After completing his PhD Dr. Tenn left UCLA for a one year post doctoral fellowship at the Stanford University Department of Radiation Oncology. While at Stanford he worked with the CyberKnife radiosurgery team as well as with the Stanford Outreach physics program. Dr. Tenn's research interests include investigating image guided methods for accurate stereotactic radiosurgery/radiotherapy and stereotactic body radiotherapy treatments.