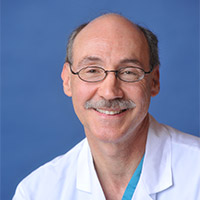 In 2004, he was presented with the International Spirit of Life Foundation Scientist of the Year Award, and in 2005, the coveted National Association of Professors of Gynecology and Obstetrics (APGO) Outstanding Faculty Teaching Award. Recently, his peer reviewed publications include nearly 40 original articles in journals such as the Proceedings of the National Academy of Science, USA, the Journal of Biological Chemistry, the journal of Cellular Biochemistry, the journal of Gynecologic Oncology, the Journal of Neuroscience, the Journal of Neuroscience Research, and the International Journal of Gynecologic Oncology, to mention a few. Moreover, he has been selected to review articles for these very same prestigious journals. Dr. Farias-Eisner has written numerous book chapters and has been invited for more than 50 presentations, nationally and internationally.