Answering your questions about the measles vaccine

The ongoing outbreak of measles has raised serious concern among health care experts nationwide. The disease is highly contagious and can lead to severe complications, particularly in young children and individuals with weakened immune systems. Before development of the measles vaccine, the disease infected an estimated 3 million-to-4 million people in the United States, leading to the hospitalization of around 48,000 patients and the deaths of more than 400 people annually. While measles was declared eliminated in the United States in 2000, as of late August, the Centers for Disease Control and Prevention (CDC) reported 1,234 cases nationwide, with 67 of those in California, according to the California Department of Public Health. Daniel Uslan, MD, a UCLA infectious diseases physician in Westwood, and Siyi Yung, MD, a UCLA pediatrician in Santa Monica, discuss the nature of measles and the importance of the measles vaccine.

Why is measles dangerous?

For most people, measles typically involves a fever accompanied by a cough, runny nose, watery eyes and skin rash. But, in some cases, Dr. Uslan notes, measles can cause complications such as pneumonia, hearing loss or encephalitis (brain swelling). Measles may also cause pregnant women to give birth prematurely or to low-birth-weight babies. “Measles, which is spread through the air, is among the most contagious infectious diseases,” he says. “On average, if you had a room of 100 unvaccinated people and someone with measles walked into that room, around 90 of them would come down with measles.”

What is the benefit of the measles vaccine?

When should vaccination be administered? 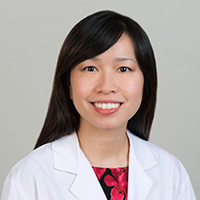 What about adults who don’t know if they’ve been vaccinated?

“They should discuss this with their primary care doctor,” Dr. Uslan says. “The physician may recommend having the patient’s blood tested to see if he or she is immune, or the doctor may recommend an MMR booster, especially if the patient will be traveling internationally or works in child care or health care settings.”

If measles was declared eliminated in 2000, why are we now seeing so many cases?

“While measles may have been eliminated in the United States, there are other countries where the disease has been ongoing,” Dr. Uslan says. “Unvaccinated travelers may acquire measles in a foreign country and bring it back to the United States.” Also, the CDC estimates that a vaccination rate of around 95 percent is required to prevent measles from being transmitted. However, that rate is lower in some communities due to hesitancy about having their children vaccinated, Dr. Yung notes. “Families may have heard rumors about the measles vaccine being associated with certain conditions such as autism spectrum disorder, but science has disproved that,” Dr. Yung says. “They should know that the measles vaccine is very safe and very effective.”

For a complete list of UCLA primary care offices in your area, visit uclahealth.org/primary-care