Many healthy people take a daily 81 mg baby aspirin as a means of warding off a heart attack or stroke. But recent studies indicate that for most healthy people, the potential benefits and potential harms are similar and offset each other. “Clinical studies of aspirin use for patients without cardiovascular disease have generally shown a modest degree of preventing heart attacks and strokes, but that decreased risk is potentially countered by an increased risk of bleeding,” says Gregg Fonarow, MD, clinical cochief of the UCLA Division of Cardiology and codirector of UCLA’s Preventative Cardiology Program.

“Baby aspirin significantly increases your risk of bleeding. For example, if you fall and hit your head, it increases the risk of intercranial bleeding,” adds Serena Wang, MD, a UCLA internal medicine physician in Santa Monica. Bleeding may also occur in the gastrointestinal system. The risk is higher for people with such conditions as peptic ulcer disease or gastric ulcers, as well as for those over age 70.

In March, the American Heart Association and the American College of Cardiology released new guidelines recommending against taking an aspirin to prevent a first occurrence of a heart attack or stroke.

Other medications may increase risks

The bleeding risk associated with daily aspirin use increases when taking certain other common medications. These include ibuprofen and naproxen, which are the key ingredients for many common over-the-counter pain medications, as well as anticoagulation medications such as clopidogrel and warfarin. 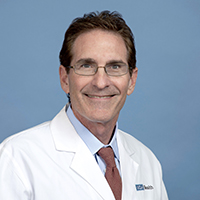 Aspirin still recommended for some patients

While aspirin use may not be appropriate for healthy individuals, it has clear benefits for people with heart disease and those who have previously had a heart attack or stroke, Dr. Wang says. Aspirin reduces the chance of having a subsequent episode of heart attack or stroke. “Aspirin has long been established and has benefits that greatly outweigh the risks for preventing recurrent heart attacks and strokes in individuals who have already established heart disease or cerebrovascular disease,” Dr. Fonarow says.

Each individual has a unique health situation and health history that will influence the best course of action for him or her. “If you’re taking baby aspirin and your doctor has not recently specifically told you to be on it, I would recommend talking with your doctor about whether or not you should be taking it and before deciding to stop,” Dr. Wang says.

For a complete list of UCLA primary care locations, go to: uclahealth.org/primary-care