While women have received conflicting signals on when to begin screening for breast cancer, as well as how often to get screened once they start, UCLA is part of a national study aiming to clear up the confusion. More than that, the WISDOM (Women Informed to Screen Depending on Measures of Risk) study is asking whether such guidelines should be based not just on age but also on individual risk factors. 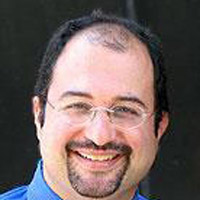 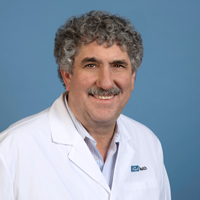 WISDOM will enroll up to 100,000 women in an effort to assess the potential for adopting a personalized approach to breast-cancer screening that takes into account factors such as personal and family history, breast density and genetic makeup.

“On a population level, we haven’t been considering much more than age in our recommendations,” says Arash Naeim, MD, PhD, a UCLA Health hematologist/ oncologist who heads the WISDOM study at UCLA. “This study is testing whether or not collecting and factoring in more information to guide individualized recommendations is a better way to achieve optimal outcomes.”

Currently, women who are not known to be at elevated risk for breast cancer and their doctors must consider a divergent set of mammography guidelines. Some organizations recommend getting a first mammogram at age 40 while others contend women should start at age 50. Some call for annual screening while others recommend every two years.

“Medicine should not be a one size fits all,” says Clara Lajonchere, PhD, deputy director for the UCLA Institute for Precision Health. “We need to look at the whole person to determine when an individual can maximally benefit from targeted screening, given that it will be influenced by individual and other lifestyle factors.”

But even if a consensus were reached on when and how often women should be screened for breast cancer, the question remains whether or not any age-based guideline is the best approach at a time when it’s becoming increasingly feasible to make recommendations based on individual risk. “Genomic tests have gotten much less expensive, which makes them reasonable to use in large populations,” Dr. Naeim says. “And we now have better analytics that allow us to incorporate information into risk models to help with clinical decision support.”

Risk-based screening takes into account age, personal and family history, breast density (greater density of breast tissue is associated with higher risk) and genetic factors in determining when women should obtain their first mammogram and at what intervals they should be screened after that. Dr. Naeim explains that genetic tests can identify carriers of known hereditary breast-cancer genes that significantly increase breast-cancer risk, such as BRCA1 and BRCA2. But such tests also can detect any of dozens of minor variations in genes that individually result in only marginal increases in a woman’s predisposition to breast cancer, but in certain combinations could classify a woman as being at higher risk. However, “determining the best way to communicate this risk to patients and primary care providers in understandable ways will require thought and educational tools,” says Neil Wenger, MD, MPH, a UCLA primary care provider and co-investigator on this study.

For women identified as high risk, doctors might recommend an annual mammogram starting at age 40 or younger, supplemented with a magnetic resonance imaging (MRI) exam, whereas low-risk women might not need to start until age 50 and then get screened every two years. “Clearly, to do this on a population scale would require investing in resources, but those costs have to be weighed against the costs of over- screening, which include false-positives and unnecessary breast biopsies,” Dr. Naeim says.

Women who volunteer to participate in the WISDOM study are randomly assigned to one of two groups: those who get an annual mammogram starting at age 40 and those whose screening schedule is personalized based on their risk factors.

“This study can tell us about the value of moving toward risk-based breast cancer screening, potentially leading to a paradigm shift in how the guidelines are constructed,” says Antonia Petruse, program director for WISDOM’s UCLA site. “Our hope is that it will provide clarity on women’s breast cancer risk and the best approach to screening going forward.”

For more information about the WISDOM study at UCLA >