Vaccinations are not just for children

Vaccinations are not typically associated with adulthood. “When parents bring their children for a scheduled doctor’s visit, they expect to have a conversation about what immunizations are needed. But when an adult sees his or her physician, immunizations generally are not on their list of things to discuss,” says Nathan Samras, MD, a UCLA internal medicine and pediatrics physician in Beverly Hills. “We have to bring it up, and often new patients don’t remember which vaccines they’ve had or when they received them.”

Each year in the U.S., thousands of adults become seriously ill or die from diseases that vaccines can help to prevent, according to the Centers for Disease Control and Prevention. Dr. Samras notes that the reasons adults need immunizations vary. The recent resurgence of measles cases is a case in point and highlights the importance of vaccinations and maintaining childhood vaccination records as adults.

In some cases, immunity conferred from childhood vaccines can wear off over time. Some vaccines are recommended based on lifestyle, health condition or stage of life. In other cases, effective new vaccines have become available.

The one immunization that every adult is urged to receive on an annual basis is the seasonal influenza vaccine. Despite the universal recommendation, fewer than half of adults in the U.S. get the shot in a given flu season, in many cases because of concerns that are based on misconceptions. “Several times a week, I will have a patient say ‘the flu shot gave me the flu,’ which is not possible,” Dr. Samras says.

In fact, he notes, the flu vaccine uses a deactivated virus that triggers the immune system to build antibodies against future exposure to the flu. That can create mild flu-like symptoms that rarely last more than a day — and which pale next to the actual experience of the flu, which results in hundreds of thousands of hospitalizations and tens of thousands of deaths each year.

The populations most at risk from the flu are young children, older adults, and those with compromised immune systems. But Dr. Samras says there are compelling reasons for healthy, middle-aged adults to get the annual vaccine. “There have been times in history when the seasonal flu has killed millions of people, including individuals who were otherwise healthy,” he notes. “That’s rare, but getting the flu is still quite debilitating and a significant inconvenience to be home in bed for several days feeling terrible and not being able to go about your daily life.” 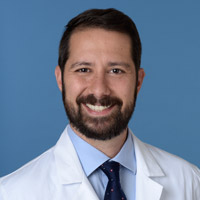 The other argument for getting vaccinated against the flu is to protect others, including the most vulnerable — to contribute to so-called herd immunity. “If all adults got all of their recommended vaccines, many diseases would drop off dramatically,” Dr. Samras says.

The Tdap (tetanus, diphtheria and pertussis) vaccine is another illustration of the importance of getting immunized in adulthood to protect others. Pertussis, or whooping cough, is no more than a nuisance for most adults, but Dr. Samras notes that it can be deadly for newborns, who are too young to be protected through immunization. The vaccine is recommended for women in the third trimester of pregnancy and once for all adults who have not previously received it. The Td vaccine — covering tetanus and diphtheria — is recommended every 10 years.

Two immunizations for older adults are the herpes zoster vaccine — typically two doses two-to-six months apart at age 50 or older — to prevent shingles; and one of two pneumococcal vaccines, for adults 65 and older (or younger for smokers or those with certain health conditions). While most pneumococcal infections are mild, some can be fatal, and older adults are at the highest risk. Shingles, a reactivation of the dormant chickenpox virus, can cause an extremely painful skin rash, but a vaccine in use since 2017 is highly effective in reducing the risk of that reactivation, Dr. Samras says.

Dr. Samras also recommends that people who are planning international travel check with their physician if any vaccines are needed as protection against diseases in their travel destination that are rare in the United States. Travel vaccines should be obtained at least two weeks ahead of time to allow the body to build up sufficient immunity, he adds.

“For all vaccinations, it’s worth checking with your physician each year to make sure you’re up to date,” Dr. Samras says. “Vaccine side effects are generally either nonexistent or mild. They are some of the most well-studied medical interventions we have, and are extremely effective ways to protect health.”