Find a specialist
Schedule a consultation
See our locations

What is a Sentinel Lymph Node Biopsy?

Why Sentinel Node Biopsy is Performed

When breast cancer is diagnosed, it is important to know whether or not the cancer has spread beyond the breast. This information helps determine whether chemotherapy should be used, and in some cases, can influence the use and extent 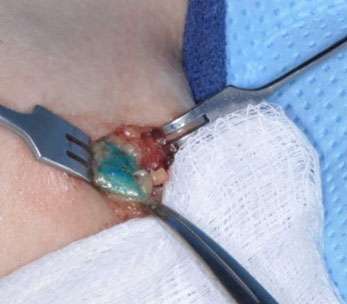 of radiation therapy. Underarm lymph nodes, sometimes termed “glands”, may be the first area of spread.

When Sentinel Node Biopsy is Performed

Sentinel node biopsy, also termed sentinel node dissection, is usually performed at the time of your breast surgery, either lumpectomy or mastectomy. It is sometimes performed as a separate procedure. Your surgeon will explain the timing of the procedure and what preparation is required. The procedure is performed in the operating room under anesthesia.

How Sentinel Node Biopsy is Performed

A substance known as a “tracer” is injected into the breast either the day before or the day of the surgery. The tracer may be low dose radioactive material, blue dye, or a magnetic or fluorescent compound. More than one tracer may be used. Once injected, the tracer travels to the underarm lymph nodes. The tracer takes the same pathway through the lymphatics that tumor cells would take if they were to get into the lymph system. A detector is used to identify the lymph nodes that contain the tracer. This indicates to the surgeon that these are the lymph nodes that need to be removed for testing, not that there is cancer in them. If blue dye is used, it is visible to the surgeon. Typically between 1-4 sentinel nodes are removed. The lymph nodes are then sent to the pathologist for microscopic evaluation.

The sentinel node biopsy may be performed using a small incision in the underarm, or through the lumpectomy or mastectomy scar. A drainage tube is not normally used, and the incision is closed using dissolving sutures. An earlier recommendation was to remove a larger number of underarm lymph nodes, known as an axillary dissection, if cancer was found in any of the sentinel lymph nodes. Research has shown that outcomes for women with early stage breast cancer are not improved by removing larger numbers of lymph nodes, so this more extensive procedure is not always necessary. However, there are situations in which an axillary dissection is still recommended. 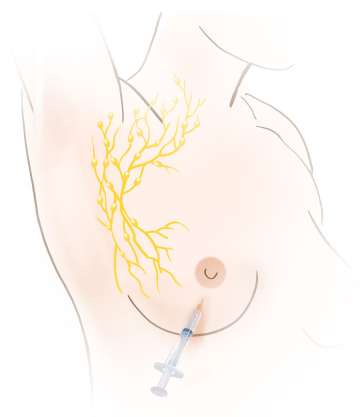 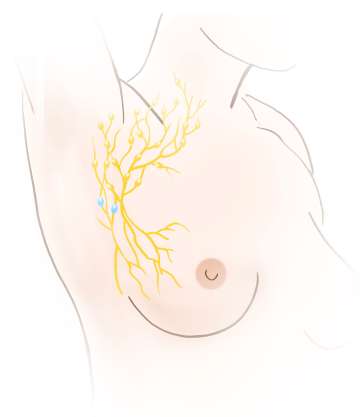 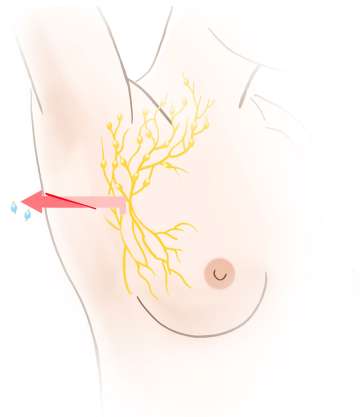 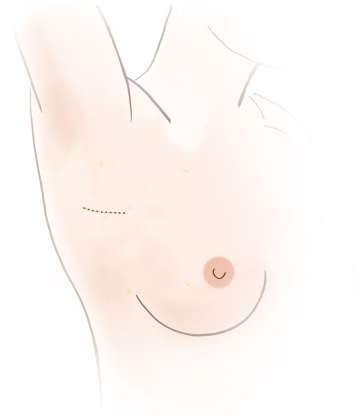 Ask your surgeon when to expect pathology results and how you will be informed. A small percentage of patients may require a second surgery to remove additional nodes if cancer is found.

Recovery and Side Effects

Some patients find that the sentinel node procedure is associated with more discomfort than the lumpectomy or mastectomy procedure. This is usually managed with ice or over the counter pain medication, but a prescription pain medication is also often necessary, at least for a few days. Numbness of the underarm and upper arm is common. Infection and bleeding are not common.

Some women have difficulty with arm stiffness and movement after the procedure. Range of motion and gentle stretching exercises are encouraged after sentinel node biopsy. Palpable cording, or axillary web syndrome, can also develop after surgery in the armpit and manifests as a tight band in the armpit and upper arm that feels almost like a guitar string. Physical therapy consultation may be necessary to resolve this.

Lymphedema can develop in 2-10% of patients after sentinel node biopsy, and in up to 25% or more of patients who require removal of a larger number of underarm lymph nodes. Lymphedema develops due to scarring and interruption of the normal flow of lymphatic fluid from the arm. If lymphedema develops, treatment by a certified lymphedema specialist is recommended. Your surgeon or physical therapist will discuss lymphedema precautions. Report any changes or concerns to your medical team.