Put your trust in our internationally recognized brain tumor experts. For more information, connect with a cancer care specialist at 310-825-5111.

Find a doctor
Request an appointment
See our locations

What is Superior Semicircular Canal Dehiscence?

Superior Semicircular Canal Dehiscence (SSCD) is caused by a tiny hole that develops in one of the three canals inside the ear. Healthy individuals have two holes or "mobile windows" in their dense otic capsule bone, but those with SSCD have developed a third hole.The thinning or absence of bone located in the semicircular canal triggers vertigo, hearing loss, disequilibrium, and other vestibular and auditory symptoms. A common clinical symptom of SSCD reported by patients is the abnormal amplification of internal body sounds such as heartbeats and eye movement. Most individuals do not present with any clinical symptoms until they reach middle age, although it has been seen in small children.

The thinning or absence of bone in the semicircular canal triggers vertigo, hearing loss, disequilibrium and other balance and auditory symptoms. A common symptom of SSCD is the abnormal amplification of internal body sounds such as heartbeats and eye movements. SSCD is considered a rare disease and the exact cause is unknown. The condition is usually diagnosed in middle age, although it has been seen in small children.
Additional symptoms include:

The symptoms of SSCD can get worse when a patient experiences extended episodes of coughing, sneezing or blowing of the nose. Sometimes hearing one’s own voice can also aggravate SSCD.

There are a variety of auditory tests that physicians use to detect and evaluate SSCD including computed tomography and vestibular evoked myogenic potentials. Although these tests are commonly used, routine assessments are not beneficial in the discovery of existing abnormalities.

High-resolution computed tomography (CT) scans of the temporal bone is crucial for physicians to diagnose, confirm, and locate SSCD. Sometimes CT scans can overestimate the SSCD when the size is below 3 mm. Thus, it is important to conduct other clinical and neurophysiological tests to compliment the radiological findings.

Vestibular-Evoked Myogenic Potential (VEMP) responses are used by physicians to confirm a suspected presence of SSCD. Patients with SSCD typically have a lower threshold for VEMP response elicitation and larger VEMP amplitudes. VEMP is also important is determining if it is SSCD that is causing conductive hearing loss instead of a true ossicular disease. Patients with a true ossicular disease have test results that are either absent or of elevated thresholds.

For patients with mild to no symptoms, it is best to take a conservative approach and simply avoid symptom triggers. Patients with primarily pressure-induced symptoms can have a tympanostomy tube placed, but this is not effective for all patients. Surgical repair of SSCD includes skull-base middle-fossa craniotomy for canal-repair resurfacing, plugging or capping the bony dehiscence. There are always risks associated with surgery, but most patients report a high level of improvement after surgical treatment.

Richard's Story
Out of the blue, Richard Barron, 49, woke up deaf in one ear.
The University of Maine women’s basketball coach was ultra-sensitive to noise--the sound of someone loading the dishwasher was excruciating.

Karrie's Story
Imagine if every noise your body made echoed loudly in your brain. For nine months, Karrie Aitken, 46, couldn’t tolerate any sound, including her own voice. Each word vibrated in her head like she was trapped inside a barrel. Munching on chips was deafening. But hearing her heartbeat was the worst. Read more > 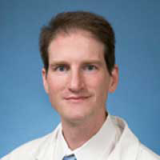 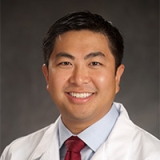