The Adult Hereditary Cancer Genetics Program provides personalized care and precision medicine to individuals and families with inherited or familial risk for cancer and tumors. 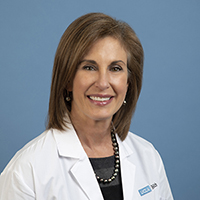 Dr. Karlan completed her medical degree at Harvard Medical School, residency in obstetrics and gynecology at Yale-New Haven Hospital and a gynecologic oncology fellowship at UCLA School of Medicine. She is a board-certified gynecologic cancer surgeon. Dr. Karlan’s clinical practice and research intersect to focus on cutting edge treatments for ovarian and other women’s cancers, as well as early detection and inherited cancer susceptibility. She is an American Cancer Society Clinical Research Professor and is editor-in-chief of the scientific journals Gynecologic Oncologyand Gynecologic Oncology Reports. In 2012, Dr. Karlan was appointed by the White House to serve on the National Cancer Advisory Board and in 2015 she was elected to membership in the National Academy of Medicine.Read more >

Mariana Niell-Swiller, MS, LCGC is a genetic counselor certified by the American Board of Genetic Counseling and licensed in California. She is an experienced clinician dedicated to improving the quality of and access to oncology genetic counseling services. Mariana received her MS in Genetic Counseling from Brandeis University in 2006 and her Bachelors of Arts from Cornell University in 2001. Mariana's interest in genetic counseling stemmed from her job as a technician at Massachusetts General Hospital where she gained laboratory experience performing genetic testing for neurogenetic conditions. Prior to joining UCLA, she held clinical and leadership positions from small community hospital settings to larger, specialized centers such as City of Hope Medical Center in Duarte, CA. Mariana’s interests outside of clinic include education, community outreach and program development. 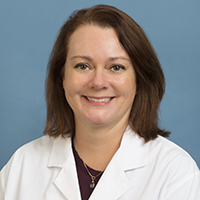 Wendy Conlon, MS, LCGC, is a genetic counselor board certified by the American Board of Genetic Counseling and licensed in California. She received her MS in genetics from the University of Arizona’s genetic counseling program in 2000, and received her BA from the University of Vermont in 1988. Before attending graduate school, she worked in a laboratory at the University of Vermont Cancer Center and performed genetic testing for hereditary cancer predisposition for Lynch syndrome, retinoblastoma, Li-Fraumeni syndrome and others. Prior to coming to UCLA, her career as a genetic counselor has included over 12 years in the biotechnology industry working with physicians, scientists and patients in the development and provision of genetic testing, focusing on hereditary cancer and endocrinology. She has also worked as a clinical genetic counselor in varied settings, including adult cancer genetics, assisted reproductive technology and prenatal and preconception genetics. Read more > 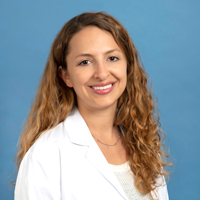 Daniella Kamara MS, LCGC is a board certified and licensed genetic counselor specializing in cancer genetics and hereditary cancer syndromes. She received her Bachelor’s degree from the University of California, Los Angeles in Spanish and then went on to complete her Master’s in Genetic Counseling at California State University, Stanislaus. Prior to joining the team at UCLA, Daniella worked at the Women’s Cancer Program at Cedars Sinai Medical Center as a genetic counselor specializing in gynecologic cancers. She is board certified by the American Board of Genetic Counseling and licensed by the California Department of Public Health. Since beginning her career in cancer genetics, Daniella has had a special interest in gynecologic oncology and has spent over 5 years working with women facing either a personal or family history of gynecologic cancers. Read more > 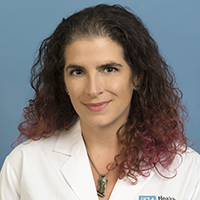 Rachel Shapira, ScM, LCGC, is a genetic counselor certified by the American Board or Genetic Counseling and licensed in California. She received her BA from Wesleyan University in 2000, with majors in Theater and Science in Society. She received her Master of Science degree from the Johns Hopkins School of Public Health/National Human Genome Research Institute Genetic Counseling Program in 2014. Prior to her genetic counseling career, Rachel worked in myriad roles and settings, from nonprofit to high tech. Before joining the UCLA team, she was a genetic counselor in the St. Joseph Hospital Cancer Genetics Program and at GeneTestNow, a non-profit educational initiative on Jewish genetic diseases and carrier screening. In addition to her current clinical work, she volunteers with hereditary breast and ovarian cancer organizations including FORCE and Sharsheret. She enjoys presenting to patient and community groups, from high school seniors to rabbinical students, on the topics of hereditary cancer and Jewish genetic diseases. Read more > 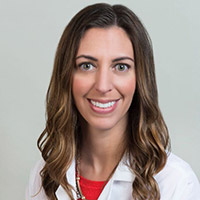 Erica L Silver, MS, LCGC is a licensed and certified genetic counselor specializing in cancer genetics and hereditary cancer syndromes. She received her Bachelor's degree from California State University, Northridge in Cellular and Molecular Biology. She then completed her Masters degree in Genetic Counseling at the University of Pittsburgh. She is board certified by the American Board of Genetic Counseling and holds a genetic counseling license through the California Department of Public Health. Her interests include the decision-making process to proceed with genetic testing and how individuals use the information to help make management decisions. Read more > 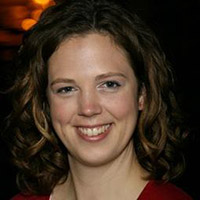 Mary Sehl, MD, PhD
Associate Clinical Professor
Mary Sehl, MD, PhD is a medical oncologist board certified by the American Board of Internal Medicine and licensed in California.  She received her ScB, MMS, and MD degrees from Brown University, and her PhD in Biomathematics from UCLA.  She is a member of the Patients and Survivors Program in the Jonsson Comprehensive Cancer Center, and medical director of the Cancer Genetics Counseling program within the UCLA Health System.  Her research interests include the identification of gene-gene interactions that modify risk of cancer in high risk populations, and epigenetic markers of accelerated aging in breast tissue. She is the recipient of an ASCO Young Investigator Award, a Career Development Award funded by The ASCO Cancer Foundation and the Breast Cancer Research Foundation, a KL2 Translational Scholars Award, and a Komen Career Catalyst Award for Basic and Translational Science.

Nikhila Ramesh, MGC received her Master’s degree in Genetic Counseling from the University of Maryland, Baltimore. Born and raised in India, she is fluent in English and Tamil. She also holds a Master’s degree in Biomedical Genetics. Her interests include community outreach and promoting diversity and inclusion.

Elana Spitz, MS, LCGC is a genetic counselor certified by the American Board of Genetic Counseling and licensed in California. She specializes in cancer genetics and hereditary cancer predisposition syndromes. She received her Bachelor's degree from Penn State University in Biobehavioral Health. Originally from New York, Elana previously worked as part of the child life team at Memorial Sloan Kettering Cancer Center, and went on to receive her Master’s degree in Genetic Counseling from Long Island University Post. Prior to joining the UCLA team, Elana was a genetic counselor at Columbia University Medical Center, where she specialized in pediatric and adult genetics. In Elana’s previous role, she was involved with clinic work, research, and graduate training as a faculty member. 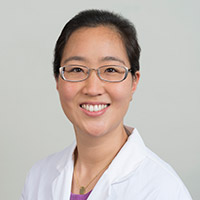 Dr. Chang earned her bachelor's degree at Wellesley College and received her medical degree from the University of Chicago, Pritzker School of Medicine. She completed her pediatric residency at the University of Chicago, Comer Children's Hospital in Chicago and then completed her fellowship training in Pediatric Hematology-oncology at UCLA. In 2012, Dr. Chang joined the UCLA faculty, where she established the Cancer Predisposition Clinic with colleagues in genetics, to provide multidisciplinary clinical care of patients and families with genetic cancer susceptibility and facilitate research in this area. Her research interests focus on the genetics of rare tumors, cancer predisposition, leukemogenesis, and hematopoietic stem cells after injury and aging. Clinical interests include genetic cancer susceptibility syndromes, with a particular interest in DNA repair disorders, neurofibromatoses, overgrowth syndromes, and rare pediatric tumors.Read more > 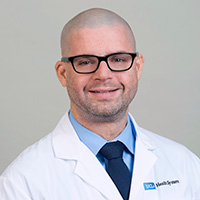 Julian A. Martinez-Agosto is a medical geneticist and developmental biologist who has served on the UCLA School of Medicine faculty since he joined the Department of Human Genetics in 2007. Dr. Martinez earned his B.S. in Biology and Spanish Literature at Yale University and pursued his medical training at Yale School of Medicine. He went on to train as a Pediatrician at Mattel Children's Hospital UCLA. Dr. Martinez-Agosto was Chief Resident of the UCLA Intercampus Medical Genetics Program, where he trained as and currently is a board certified Medical Geneticist. He was a postdoctoral fellow in the laboratory of Utpal Banerjee at UCLA, where he worked on blood cell development in Drosophila. Dr. Martinez is a recipient of the Pediatric Department Outstanding Research Award, as well as the David W. Smith Pediatric Trainee Research Award of the Western Society for Pediatric Research, among other honors. Dr. Martinez-Agosto is a member of the Division of Medical Genetics, where he has maintained a clinical interest in genetic syndromes that lead to overgrowth, vascular malformations, and cancer predisposition. His laboratory research focuses on novel growth regulatory pathways in progenitor and stem cell maintenance and the study of human growth disorders with cancer predisposition.

Dr. Russell is an Assistant Clinical Professor in the Department of Pediatrics and Division of Genetics. She obtained her medical degree from the University of California, Irvine and completed her combined pediatrics and human genetics residency and metabolic training at the Cincinnati Children's Hospital. Dr. Russell sees general genetics patients as well as metabolic patients. Her clinical interests include state newborn screening, metabolic disorders, chromatin modifying disorders, hearing loss, renal disease, epilepsy, congenital malformations, and cancer predisposition syndromes. She also has a specialized clinic and does clinical research on disorders caused by genetic changes in the ASXL gene family (Bohring-Opitz Syndrome, Shashi-Pena Syndrome, Bainbridge-Ropers Syndrome). She maintains a registry and biobank for these conditions and is considered an expert on Bohring-Opitz Syndrome. She is also the Associate Director for the Medical Genetics Residency Program.Read more >

Franceska Hinkamp is a genetic counselor board certified by the American Board of Genetic Counseling and licensed in California. She received her Master of Science degree in Genetic Counseling at Northwestern University and received her Bachelor of Arts degree in Sociology from the University of San Francisco. In her training, Franceska gained experience in various subspecialties of medical genetics including pediatric, prenatal, cancer and cardiovascular genetics. Franceska enjoys working with patients and families to help them both understand and make informed decisions regarding genetic disease risk and genetic testing. Her clinical focus at UCLA is in pediatric cancer predisposition syndromes and general pediatric and adult genetics.Read more >

Marisa earned her bachelor's degree in nursing from the University of San Francisco in 2003 and earned her master's degree in nursing from UCLA in 2007. She began her nursing career in pediatrics at Mattel Children's hospital UCLA in 2003 where she began caring for hematology/oncology patients. She joined the division of pediatric hematology/oncology as a nurse practitioner in 2007 after earning her master's degree. She is certified by the Pediatric Nursing Certification Board. As a member of the division she began by caring for primarily hematology patients (sickle cell, hemophilia and rare anemias). Over the years her role has grown to include lymphoma, PTLD, brain tumor and most recently the PCPD population.