‘If you want to know the main feeling, it was just gratitude,’ says Judy Gasson, former director of the UCLA Jonsson Comprehensive Cancer Center, who underwent treatment in 2020. 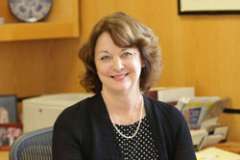 Judy Gasson, former director of the UCLA Jonsson Comprehensive Cancer Center, wanted to be treated just like any other patient when she underwent treatment for breast cancer at UCLA Health. So she was taken aback at first when her radiation oncologist, Susan McCloskey, MD, called last fall to ask about her scheduling preferences for starting radiation therapy after surgery to destroy any remaining cancer cells. 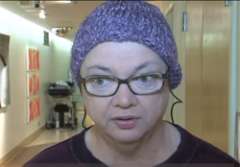 A purpose-built imaging and radiation therapy device, the ViewRay system has the potential to improve the accuracy of both pretreatment setups and treatment delivery.

With ViewRay's MRI-guided IMRT system, up to three soft-tissue imaging planes can be captured continuously during treatment without exposing the patient to unnecessary ionizing radiation. If the tumor or a critical structure moves beyond a physician-defined boundary, the treatment beam automatically pauses; when the structure moves back into the target zone, treatment automatically resumes. 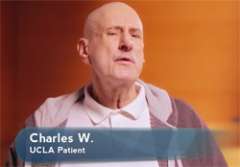 The ViewRay™ system uses a unique combination of magnetic resonance imaging (MRI) and radiation therapy technology to provide high-contrast pretreatment images and continuous soft-tissue imaging. The ViewRay™ system is designed to watch a tumor and adjust for its movement in real time. Continuous tracking of soft tissue and automatic beam gating provide safe and accurate targeting during treatment. 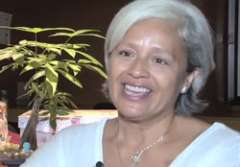 When Carolina Shaw was diagnosed with breast cancer, she was devastated. With no history of cancer in her family, the news of her diagnosis came as a shock. She squeezed her husband's hand in what was one of the most difficult moments of her life. Carolina was referred to UCLA Health, and she decided to embrace her journey and document her battle against breast cancer with pictures and videos. 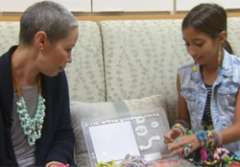 UCLA patient undergoing radiation treatment for advanced breast cancer, while her 10-year-old daughter sells bracelets to raise awareness about the disease. Liana Clayton is watching her mother fight to survive cancer first-hand. She wanted to help her mother, Che Clayton, who's received rounds of painful treatment for breast cancer, but ended up helping many more people. Liana sells her colorful, handmade bracelets to raise awareness and give back to the doctors who helped her family cope with the disease.

Teens Extend Help To Family of Girl With Liver Cancer 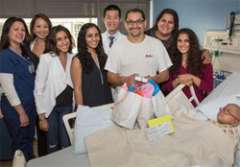 By Kim Irwin -- When Myra and David Mezquita of the South Bay had triplets, they knew they were blessed even though they had their hands more than full caring for the new arrivals as well as their teenagers. Then one of the triplets, Vicky, was diagnosed with liver cancer and needed a transplant, which was performed at UCLA in April 2013 by Dr. Ronald Busuttil, distinguished professor and executive chairman of the UCLA Department of Surgery. Things seemed to be going well at first. But sadly, less than a year later, Vicky was diagnosed with recurrent cancer in her new liver.

To eradicate some liver tumors that remained unaffected by the chemotherapy, the 4-year-old underwent chemotherapy and stereotactic body radiation therapy (SBRT), a newer radiation treatment that noninvasively focuses high doses of radiation to kill tumors in a few treatment sessions. The Mezquitas were juggling treatment appointments and caring for their other children when they lost crucial supplemental funding they had used to pay for nursing care for Vicky. Piling onto the family's troubles, a utility-sparked fire that occurred about the time of Vicky's transplant destroyed their backyard, including all the fencing and landscaping, leaving the children no safe place to play. Because of Vicky's need for intense care following the transplant, no repairs were ever made, said her mother Myra Mezquita.

Dr. Julie Kang, a resident in the Department of Radiation Oncology, was able to connect the teens with the Mezquita family through a mutual friend. Kang was there when the check and gifts were presented to the family, along with Vicky's radiation oncologist, Dr. Percy Lee, who oversaw the radiation treatments, and nurse Adriana Grandpre-Aguiar, who assisted with her care. 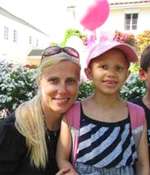 By Kim Irwin -- Grace Suomi was five and had just finished the year at Curtis School in Los Angeles when she started exhibiting strange symptoms. They started with terrible nightmares that caused the child to thrash and scream in her sleep. Her mother, Clare Suomi, attributed the bad dreams to anxiety, as Grace was scheduled to start camp soon. Then her right jaw started hurting, her appetite disappeared and her personality seemed somehow off. Since the family was headed out on a three-week vacation the following week, Suomi decided Grace needed to see her doctor. The pediatrician diagnosed a sinus infection and during a physical exam found swelling on the right side of Grace's face above her cheek bone. The swelling wasn't painful to the touch, but the doctor recommended that Suomi take Grace to an ear, nose and throat specialist, who found nothing that merited postponing the family vacation. 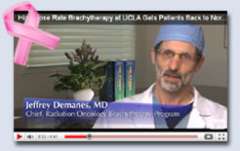 Nearly half of all cancer patients receive radiation therapy to treat their cancer or relieve symptoms. Radiation therapy kills cancer cells by destroying their DNA, but it may also affect normal cells and adjacent organs in the process. The goal of brachytherapy, or internal radiation therapy, is to precisely target the radiation exposure to the tumor where it is needed and avoid surrounding healthy tissues by placing radioactive sources directly on or inside cancer tissues. 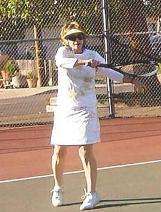 March 2010 -- Terri is an active, youthful, 59-year-old woman who came to UCLA radiation oncology with a large liver tumor. After six months of chemotherapy, the tumor was very large, and she had been turned down for surgery and ablasion. This was Terri's fourth time with cancer, and she had had traditional radiation two times before she met with Dr. Percy Lee. With her previous radiation treatments, she was very tired and it took a while to return to normal. Dr. Percy Lee treated her with Stereotactic Body Radiation Therapy (SBRT), and Terri said it was "like a miracle".

She said her cancer is now gone completely and she is "totally cancer free". Not only did the treatment work, but also Terri was playing Tennis a few days afterwards! She did very well and did not experience fatigue, nausea or vomiting. When asked about her time with UCLA Radiation Oncology, Terri said "God's grace sent her to Dr. Lee", and she had a "wonderful experience with all of the doctors. It was so personal, very comfortable, and Dr. Lee even called personally a couple times." Terri was treated by Dr. Percy Lee and her pre and post pet ct scan demonstrating a dramatic response to a single liver lesion 8 x 6 x 5 cm treated with SBRT (60 Gy in 5 sessions - 12 Gy per session), planned jointly and expertly by Drs. Lee, Tenn, and Agazaryan, is shown below: 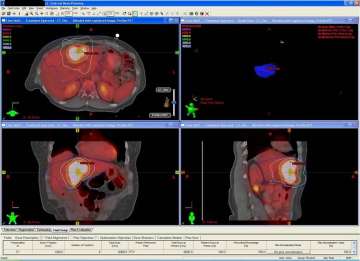 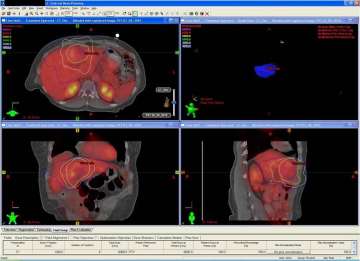