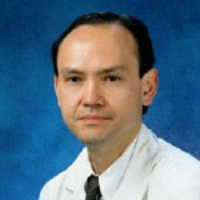 Dr. Ishiyama is actively involved in the research projects on Meniere’s disease and Human Temporal Bone Pathology. He is the Director of the Victor Goodhill Human Temporal Bone Laboratory at UCLA and he has been funded by the NIH/NIDCD. Currently, Dr. Ishiyama is working on the vestibular pathology in Meniere’s disease to understand the disease mechanism. Dr. Ishiyama is the Director of the UCLA Cochlear Implant Program, which is recognized as one of the centers for excellence in California. He has also started a cochlear implantation program in Armenia in 2004.

Dr. Ishiyama has mentored a long list of students and residents in his laboratory and in the clinical arena, where he maintains an active practice in all aspects of Otology and Neurotology ranging from balance disorders, cochlear implantation, pediatric otology, facial nerve disorders, acoustic neuroma and skull base tumor surgeries.

Lump on the neck
Links
uclahealth.org/head-neck-surgery

Akira Ishiyama, MD click here to update your profile
Back to search