11/11/2009
If humans are genetically related to chimps, why did our brains develop the innate ability for language and speech while theirs did not?
Scientists suspect that part of the answer to the mystery lies in a gene called FOXP2. When mutated, FOXP2 can disrupt speech and language in humans. Now, a UCLA–Emory University study reveals major differences between how the human and chimp versions of FOXP2 work, perhaps explaining why language is unique to humans.
Published Nov. 11 in the online edition of the journal Nature, the findings provide insight into the evolution of the human brain and may point to possible drug targets for human disorders characterized by speech disruption, such as autism and schizophrenia.
"Earlier research suggests that the amino-acid composition of human FOXP2 changed rapidly around the same time that language emerged in modern humans," said Dr. Daniel Geschwind, Gordon and Virginia MacDonald Distinguished Chair in Human Genetics at the David Geffen School of Medicine at UCLA. "Ours is the first study to examine the effect of these amino-acid substitutions in FOXP2 in human cells.
"We showed that the human and chimp versions of FOXP2 not only look different but function differently too," said Geschwind, who is currently a visiting professor at the Institute of Psychiatry at King's College London. "Our findings may shed light on why human brains are born with the circuitry for speech and language and chimp brains are not."
FOXP2 switches other genes on and off. Geschwind's lab scoured the genome to determine which genes are targeted by human FOXP2. The team used a combination of human cells and post-mortem brain tissue from both chimps and humans who died of natural causes.
The chimp brain dissections were performed in the laboratory of co-author Todd Preuss, an associate research professor of neuroscience at Emory University's Yerkes National Primate Research Center.
The scientists focused on gene expression — the process by which a gene's DNA sequence is converted into cellular proteins.
To their surprise, the researchers discovered that the human and chimp forms of FOXP2 produce different effects on gene targets in the human cell lines.
"We found that a significant number of the newly identified targets are expressed differently in human and chimpanzee brains," Geschwind said. "This suggests that FOXP2 drives these genes to behave differently in the two species."
The research demonstrates that mutations believed to be important to FOXP2's evolution in humans change how the gene functions, resulting in different gene targets being switched on or off in human and chimp brains.
"Genetic changes between the human and chimp species hold the clues for how our brains developed their capacity for language," said first author Genevieve Konopka, a postdoctoral fellow in neurology at the David Geffen School of Medicine at UCLA. "By pinpointing the genes influenced by FOXP2, we have identified a new set of tools for studying how human speech could be regulated at the molecular level."
The discovery will provide insight into the evolution of humans' ability to learn through the use of higher cognitive skills, such as perception, intuition and reasoning.
"This study demonstrates how critical chimps and macaques are for studying humans," Preuss said. "They open a window into understanding how we evolved into who we are today."
Because speech problems are common to both autism and schizophrenia, the new molecular pathways will also shed light on how these disorders disturb the brain's ability to process language.
The National Institute of Mental Health, the A.P. Giannini Foundation and the National Alliance for Research on Schizophrenia and Depression funded the study. 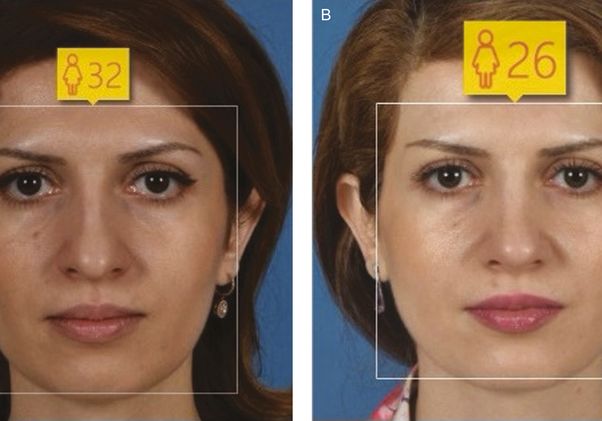 Health and Behavior
A way to look younger is right under your nose, UCLA-led study finds
01/27/2020
Rhinoplasty may make a woman appear to be three years younger, machine learning shows.

Health and Behavior
2019-nCoV (Novel Coronavirus) Update
01/24/2020
The most common symptoms of this coronavirus are fever, cough, shortness of breath and breathing difficulties. In more serious cases, the virus can cause pneumonia, severe acute respiratory syndrome, kidney failure, and even death.