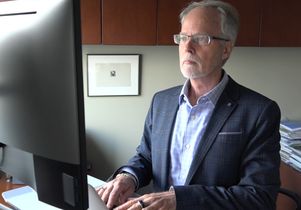 If you’ve ever had insomnia, you know worrying about sleep makes it even harder to fall asleep. For the 30 percent of breast cancer survivors who have insomnia, sleepless nights can lead to depression, fatigue and a heightened risk of disease.

Now, new UCLA research shows that tai chi, a form of slow-moving meditation, is just as effective as cognitive behavioral therapy, which has been considered the “gold standard” treatment, with both showing enduring benefits over one year.

The results, published today in the Journal of Clinical Oncology, show that tai chi promotes robust improvements in sleep health in breast cancer survivors with insomnia, with additional benefits of improving depressive symptoms and fatigue. Furthermore, both tai chi and cognitive behavioral therapy, which is a form of talk therapy, showed similar rates of clinically significant improvements in symptoms or remission of insomnia.

The American Academy of Sleep Medicine considers cognitive behavioral therapy the treatment of choice for insomnia. This approach involves identifying and changing negative thoughts and behaviors that are affecting the ability to fall asleep and stay asleep.

While cognitive behavioral therapy treats insomnia, it’s too expensive for some people and there is a shortage of trained professionals in the field, said Dr. Michael Irwin, the study’s lead author and a UCLA professor of psychiatry.

“Because of those limitations, we need community-based interventions like tai chi,” said Irwin, who is also director of the Cousins Center for Psychoneuroimmunology at the Semel Institute for Neuroscience and Human Behavior. Free or low-cost tai chi classes are often offered at libraries, community centers or outdoors in parks. Do-it-yourselfers can find instructional videos on YouTube and smartphone apps.

In previous research, Irwin and colleagues found that tai chi, which relaxes the body and slows breathing, reduced inflammation in breast cancer survivors with the potential to lower risk for disease including cancer recurrence.

To test tai chi’s effect on insomnia, researchers recruited 90 breast cancer survivors, who had trouble sleeping three or more times per week and who also reported feeling depressed and fatigue during the daytime. The participants ranged in age from 42 to 83 and were randomly assigned to weekly cognitive behavioral therapy sessions or weekly tai chi instruction for three months. The tai chi group learned a Westernized form of the practice called tai chi chih.

The researchers evaluated the participants at intervals for the next 12 months to determine if they were having insomnia symptoms, as well as symptoms of fatigue and depression, and determined whether they showed improvement.

At 15 months, nearly half of the participants in both groups (46.7 percent in the tai chi group; 43.7 percent in the behavioral therapy group) continued to show robust, clinically significant improvement in their insomnia symptoms.

“Breast cancer survivors often don’t just come to physicians with insomnia. They have insomnia, fatigue and depression,” said Irwin, who is also a member of the UCLA Jonsson Comprehensive Cancer Center. “And this intervention, tai chi, impacted all those outcomes in a similar way, with benefits that were as robust as the gold standard treatment for insomnia.”

Many of the tai chi participants continued to practice on their own after the study concluded, reflecting the motivation he’s observed among breast cancer survivor, Irwin said. “They often are seeking health-promoting activities because they recognize that the mindfulness approach, or health-based lifestyle interventions, may actually protect them,” he said.

The study’s other authors include Carmen Carrillo, Perry Nicassio, Richard Olmstead and Nina Sadeghi, all of the Cousins Center for Psychoneuroimmunology; Dr. Patricia Ganz of the UCLA Fielding School of Public Health and JCCC; and Julienne Bower professor of psychology and a member of the JCCC.