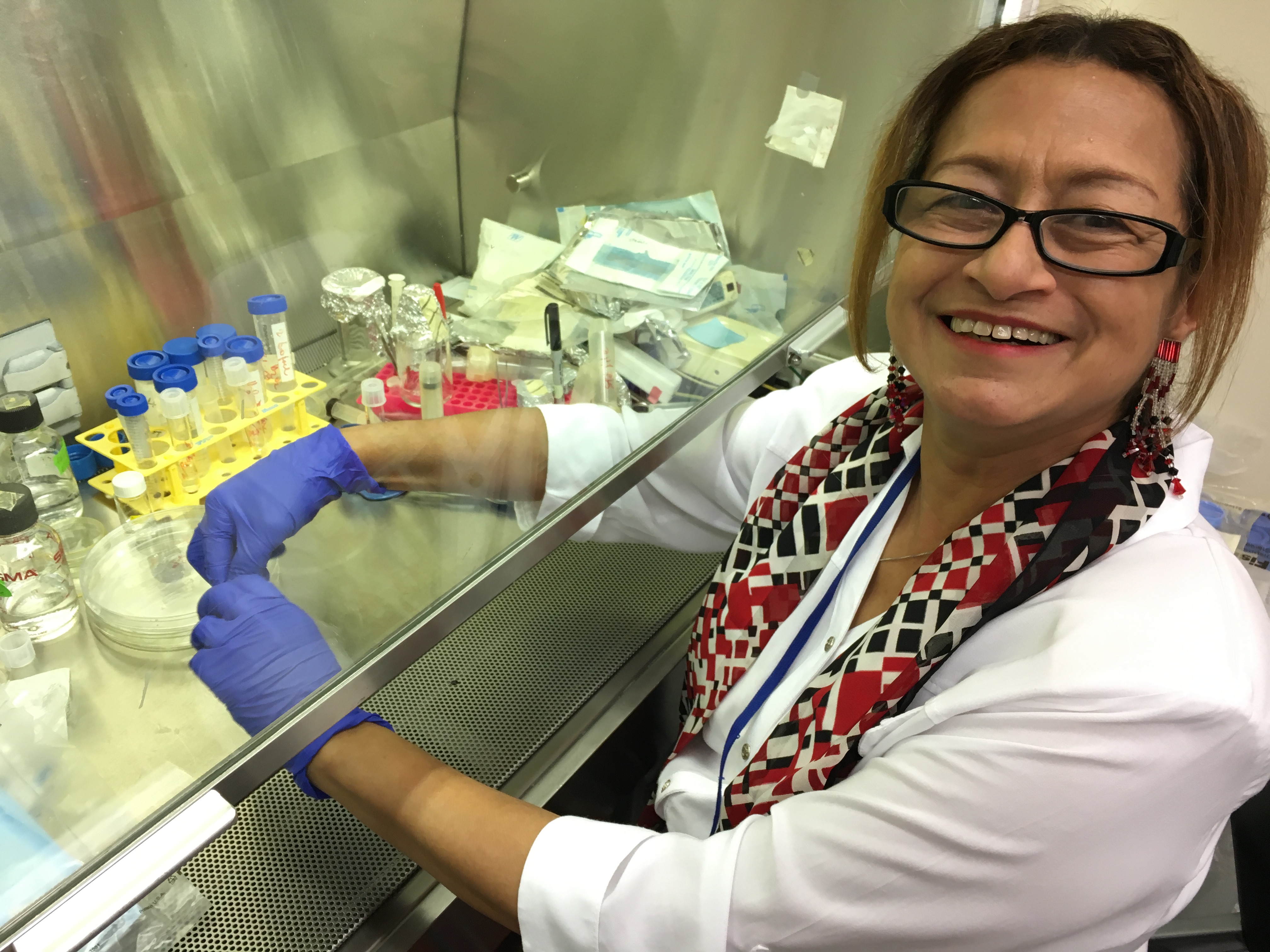 Araceli Espinosa-Jeffrey theorizes that microgravity kicks certain brain cells into overdrive, causing them to multiply and secrete fatty acids at a rate not seen on Earth.

Do astronauts’ brains get bigger in space?

The answer may be found in 10 small containers of human brain cells on board a SpaceX spacecraft that is scheduled for blast off Dec. 5 for a 16-month voyage to the International Space Station as part of joint project between UCLA and the NASA Ames Research Center.

Astronauts on long-duration space missions frequently develop “intracranial hypertension,” or high pressure within the skull, said Araceli Espinosa-Jeffrey, a neurochemist at UCLA’s Intellectual and Developmental Disabilities Research Center in the Jane and Terry Semel Institute for Neuroscience and Human Behavior. Espinosa-Jeffrey is leading the experiment that will measure how these cells behave in a microgravity environment.

The poorly understood condition, first observed in 2005, causes headaches and vision changes resulting from pressure on the eyeballs, Espinosa-Jeffrey said. The symptoms, which have sometimes persisted after astronauts return home, would pose a potential problem for a years-long space journey such as a mission to Mars.

Some scientists think the weightless environment causes shifts in the protective fluid surrounding the brain and spinal cord. Espinosa-Jeffrey has a different theory: microgravity kicks certain brain cells into overdrive, causing them to multiply and secrete fatty acids at a rate not seen on Earth. In other words, astronauts return home with more brain cells than when they left.

“We have evidence that simulated weightlessness in the lab increases the number of neural stem cells and the cells that make myelin,” Espinosa-Jeffrey said. “Now, we want to ascertain the impact of real microgravity in space on the cell cycle.”

For 35 years, Espinosa-Jeffrey has studied oligodendrocytes, a type of brain cell that forms myelin, the protective coating for nerve cells that supports the fast travel of electrical impulses. In brain trauma and certain diseases, such as multiple sclerosis, myelin is destroyed or disrupted, resulting in disability.

But what if cells that make myelin could be transplanted into patients, replacing the myelin they’ve lost to disease? In previous research, Espinosa-Jeffrey and the late Jean de Vellis, who was a neurobiologist at the Semel Institute, demonstrated a promising early step: immature oligodendrocytes transplanted into animals became part of the host animals’ central nervous system.

Espinosa-Jeffrey and de Vellis found that if they exposed immature oligodendrocytes to simulated microgravity in the laboratory, these “primed” cells matured, proliferated and secreted fatty acids faster than unprimed cells, suggesting a method for producing healthy cells in quantities large enough for transplantation.

To prepare for her new experiment, Espinosa-Jeffrey has been coaxing her lab-grown cells to thrive in space without the regular tending by researchers that they would receive back on Earth. With the right conditions, the cells can last more than 52 days, roughly the time required travel to the space station and back.

Upon splashdown in the Pacific Ocean, Espinosa-Jeffrey and her students will collect the cells and place them in a “welcoming culture medium” that will offer all the necessary nutrients to recover from the impact of landing and the five weeks in space.

“The absence of gravity presents a unique opportunity to gain new insights into basic neural biology and function,” Espinosa-Jeffrey said. “I believe that our cells in microgravity may produce molecules that are not possible to make in normal gravity.”