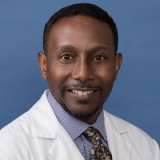 Dr. Flippen received his Bachelor of Arts degree in Psychology from Northwestern University in Evanston, Illinois and then obtained his medical degree from the University of Michigan School of Medicine. He subsequently completed his neurology Residency at the University of Maryland Medical System. After residency, he completed a Fellowship in Headache Medicine and Facial Pain at the Henry Ford Health System in Detroit, MI.

In 1997, Dr. Flippen joined the faculty of the Indiana University School of Medicine where he started their first Headache Clinic. Dr. Flippen has been on faculty at UCLA since 1999 and has served as Clerkship Director for the third year medical school course in Neurology and is a staff neurologist at Olive View-UCLA Medical Center. Dr. Flippen has a long history of active leadership in neurology education, including service on the American Academy of Neurology Education committee and as an oral examiner for the American Board of Psychiatry and Neurology. His teaching skill has been recognized with receipt of the UCLA Department of Neurology "Golden Hammer", an A.B. Baker Section Teacher Recognition Award from the AAN and the 2011 Mayo Clinic Distinguished Visiting Professor in Neurologic Education. He currently serves on the Neurology Residency Review committee of the ACGME, as the Secretary-Treasurer of the American Academy of Neurology Institute and on the AAN Board of Directors. 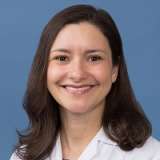 Dr. Keener is a neurologist whose primary clinical focus is movement disorders. Currently, she is an Assistant Clinical Professor at the UCLA School of Medicine, Department of Neurology and a member of the Movement Disorders Clinic. An honors graduate of University of California, San Diego, with a major in Cognitive Science, and an Alpha Omega Alpha graduate of the University of Southern California Keck School of Medicine. Dr. Keener was an intern in Medicine at Olive View-UCLA Medical Center, and a resident in Neurology in the Department of Neurology at UCLA where she served as Chief Resident. In 2016, she joined the faculty at UCLA where she participates in research and clinical care both at the UCLA Movement Disorders Clinic and at the West LA VA PADRECC (Parkinson’s Disease Research, Education, and Clinical Center). Her research interests include the epidemiology of Parkinson’s Disease, and interdisciplinary treatment approaches for movement disorders. Dr. Keener is also interested in medical education, specifically in the practice of Narrative Medicine and developing physician wellness for trainees. She joined the residency program at UCLA as the Associate Program Director in 2016. 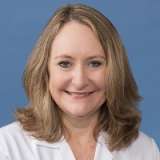 Dr. Yvette Bordelon is currently Health Sciences Professor of Neurology at UCLA and serves as the Neurology Clerkship Director for third year medical students and as an Associate Program Directory for the Neurology Residency Program.

Dr. Bordelon received her MD and PhD degrees from the University of Pennsylvania School of Medicine in Philadelphia.  Her thesis work was performed with Dr. Marie-Francoise Chesselet and involved investigating mechanisms of neurodegeneration in an animal model of Huntington disease.  She completed residency training in Neurology at Massachusetts General and Brigham and Women’s Hospitals where she served as Chief Resident during her final year and then a Movement Disorders Fellowship at Columbia University.  Dr. Bordelon joined the UCLA Neurology department faculty in 2004. Her clinical work involves the diagnosis and treatment of Parkinson disease, Huntington disease and other movement disorders and includes an active Deep Brain Stimulation (DBS) movement disorders clinic. Her clinical research interests include the conduct of clinical trials in these diseases.  Her dedication to patient care has been recognized with the Leonard Tow Humanism in Medicine Award at UCLA presented in 2012. Dr. Bordelon has been actively involved in medical education throughout her career and has twice been awarded the UCLA Department of Neurology Golden Hammer Award by the residents in 2007 and 2019, and received the AAN A.B. Baker Teacher Recognition Award in 2009. 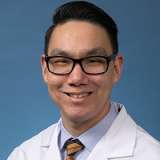 As an army brat and son of a diplomat, John spent the first eighteen years of his life globetrotting, moving from army base to army base in Germany and Belgium and finishing his secondary education in Myanmar and Egypt. He attended college in New York City at Columbia University, where he completed his undergraduate degree in Astrophysics. His interest in astronomy and stellar evolution led him to the Arecibo Observatory in Puerto Rico, where he discovered his impatience for stellar processes requiring millennia to observe and confirm. He subsequently found his interest in studying the billions of stars in the universe translated well to an interest in studying the billions of neuronal connections in the human central nervous system. After two years of clinical and basic science research in neuroimmunology at the Multiple Sclerosis Research Center of New York (now the Tisch MS Research Center of New York), he matriculated at Drexel University in 2010. Eight years later, he completed his MD/PhD training, including defending his thesis on combining gene therapy and robotic-driven techniques for rehabilitation in adult spinal cord injury. He will have completed his PGY-1 year of internal medicine residency training at Mercy Catholic Medical Center in Philadelphia, Pennsylvania, where he has spent the last nine years of his life, trusting the process and supporting his favorite Philadelphia 76ers as they escaped embarrassment to become a respectable NBA team. He continues to enjoy traveling, especially in the search for new and delicious ways to eat fried chicken. 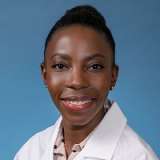 Fatima Traoré was born and raised in Abidjan, Cote D’Ivoire. She relocated to Tunisia with her family where she completed her high school education with honors. Her fascination for the brain and nervous system started at Pomona College where she studied Neurosciences culminating with her experimental research senior thesis with an emphasis in neuropsychology. After college, she worked for a few years in biotechnology managing world-wide clinical trials for a large medical device company, while learning more about Neurosciences from a research perspective. During her formative years at New York Medical College pursuing her M.D, Fatima was selected as one of ten minority scholars by the American Academy of Neurology (AAN). This experience solidified her passion for Neurology thanks to the excellent exposure she received through mentorship and away rotations including at UCLA. She completed her internship at Northwell Health in NY before joining her UCLA neurology family in 2019. Throughout her training, Fatima also been heavily involved in mentoring medical students, international students and minorities from all backgrounds. Her clinical interests include diversity in medicine, global health, headache and pain medicine. In her spare time, she enjoys discovering different types of cuisines, amateur photography and Zumba dancing. She enjoys traveling and has been to over 20 states in the U.S., Canada, and Puerto Rico, and is looking forward to experiencing more foods, customs and cultures. 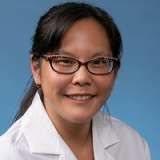 Brittany grew up in Los Angeles County and completed her undergraduate studies at UC San Diego. After college, Brittany moved to Madison, WI where she spent eight years unsuccessfully trying to find decent carne asada fries. She also earned her MD-PhD from the University of Wisconsin and baked many cakes during that period of her life. Her graduate work focused on neuroplasticity in stroke recovery, and her clinical and research interests continue to center on neurorehabilitation. After medical and graduate school, Brittany spent a year with the UCSF Fresno Internal Medicine Program before finally returning to the land of good boba. Her favorite things about UCLA Neurology are her classmates. In her free time, Brittany enjoys folding laundry, visiting family from 6 feet away, and fantasizing about setting up an aquaponic garden.