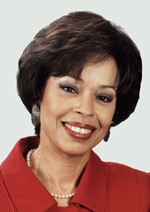 Dr. Wyatt is a clinical psychologist, sex therapist and professor in the Department of Psychiatry and Biobehavioral Sciences at UCLA. She was an NIMH Research Scientist Career Development Awardee for 17 years. Her research examines the consensual and abusive sexual relationships of women and men, the effects of these experiences on their psychological well-being, and the cultural context of risks for sexually-transmitted diseases and HIV. She has conducted national and international research since 1980, funded by the National Institutes of Mental Health, the National Institute of Drug Abuse, state and private foundations. The recipient of numerous awards, Dr. Wyatt has to her credit more than 110 journal articles and book chapters, and has co-edited or written five books, including Stolen Women: Reclaiming our Sexuality, Taking Back Our Lives and No More Clueless Sex: 10 Secrets to a Sex Life That Works for Both of You. Dr. Wyatt is an Associate Director of the UCLA AIDS Institute and coordinates a core of behavioral scientists who consult with other researchers to recruit underserved populations and conduct research that effectively incorporates socio-cultural factors into HIV/AIDS research. Dr. Wyatt has received numerous awards and honors for her scientific accomplishments, mentoring, and teaching. She has also testified before the United States Congress eight times on issues related to health policy. She was the first African-American woman to be licensed as a psychologist in the state of California.

Gail E. Wyatt, PhD click here to update your profile
Back to search