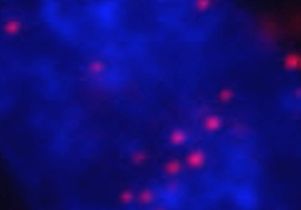 Scientists from UCLA and the Howard Hughes Medical Institute successfully used a gene that suppresses cholesterol levels as part of a treatment to reduce plaque in mice with a disorder called familial hypercholesterolemia. In a preclinical study, researchers found that the gene, LeXis, lowered cholesterol and blockages in the arteries, and the treatment appeared to reduce the build-up of fat in liver cells.

Familial hypercholesterolemia is an inherited condition characterized by extremely high levels of low-density lipoprotein cholesterol (commonly referred to as “bad cholesterol”) and an increased risk of early heart disease.

The LeXis gene belongs to a unique group of genes that until recently were considered “junk DNA” because scientists believed they served little purpose. However, evidence from the human genome project led to the discovery that genes like LeXis are actually active. The study of these genes, now referred to as long noncoding ribonucleic acids, or lncRNAs, is a rapidly evolving area in biology.

Researchers wanted to test whether a single injection of LeXis could slow the development of heart disease. To do so, they gave the mice either LeXis or a control gene, and fed them a 15-week diet consisting of food high in sodium and cholesterol — the mouse equivalent of fast-food hamburgers and french fries. Researchers then measured the progression of heart disease.

In the next phase of the study, researchers intend to confirm the findings in larger animals and test the therapy in combination with currently available treatments.

Although previous research has shown that lncRNAs can be important, this is the first study to show that they could potentially be used to treat a human disease using  gene therapy. Junk genes could one day offer a framework for treating people with familial hypercholesterolemia and other conditions that are otherwise very difficult to treat.

The study was published online in the journal Circulation.

The research was supported by grants from the National Heart, Lung, and Blood Institute; the American College of Cardiology; and the Lauren B. Leichtman and Arthur E. Levine UCLA Cardiovascular Discovery Fund.