Dr. Alan Fogelman is UCLA to the core. He obtained his medical degree from UCLA. He then completed his internship, residency, chief residency and cardiology fellowship at UCLA Medical Center. He currently serves as the Executive Chair of Medicine and the Director of the Atherosclerosis Research Unit. His interests include HDL mimetics and the role of HDL in atherogenesis. 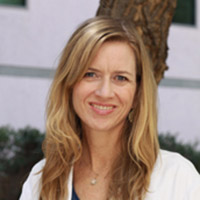 Lisa Skinner is the Program Director of the internal medicine program and an Associate Professor of Clinical Medicine in the Division of General Internal Medicine. Originally from Missouri, Lisa lived in Chicago, New Jersey, and Alabama before finally settling in California. She obtained her undergraduate degree at UCLA and a Master’s in Social Welfare from UC Berkeley. Lisa then attended the Yale School of Medicine, where she earned her MD in 1999. She and her husband, Michael, couples matched at UCLA, and Michael has become a devoted Angeleno after having spent his childhood and early adulthood in the Northeast. In 2003, after a year as Chief Resident. Lisa became a hospitalist and Associate Program Director. She has spent the bulk of her clinical career practicing primary care at the Iris Cantor Women’s Health Center at UCLA and helped build the ambulatory continuity experience for the medicine residency. She teaches about women’s health, preventive medicine, clinical teaching, and the role of effective feedback for developing physicians. When she is not in the hospital, Dr. Skinner enjoys cooking, traveling, and exploring Los Angeles’ neighborhoods and restaurants with her family. 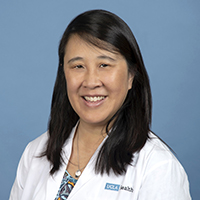 Dr. Mina Ma is an Associate Program Director in the Department of Medicine Training Program as well as the Director for the UCLA Primary Care Track. Originally from Northern California, she obtained her undergraduate degree at UC Berkeley, and then her medical degree from Boston University School of Medicine. She completed her internship, residency and chief residency at UCSF/Mount Zion where she stayed on as an Assistant Program Director, before relocating to Southern California with her husband, an oncologist at UCLA. After joining the faculty in the Iris Cantor UCLA Women’s Health Center, she found a natural transition back into medical education. As a clinician educator, she is passionate about promoting the development of the next generation of primary care clinicians and leaders. When she is not caring for her patients, she enjoys being with her family in the outdoors, lakeside camping or sierra skiing, and her new found love of scootering (with a helmet). 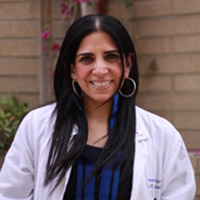 Neveen El-Farra serves as an Associate Program Director in the UCLA Internal Medicine Residency Program and is a Professor of Clinical Medicine, Hospitalist Section- Division of General Internal Medicine at UCLA. A native of southern California, she obtained her undergraduate degree at the University of Redlands and then attended medical school at the Rosalind Franklin University of Medicine & Science where she earned her doctor of medicine degree in 2002. She completed her internship, residency and chief residency at UCLA Medical Center and subsequently joined the faculty at UCLA in 2006 practicing as a hospitalist. She has dedicated herself to teaching medical students and residents the art and practice of medicine and has been the recipient of several teaching awards, including the UCLA Academic Senate Distinguished Teacher Award. She served as the Associate Dean for Curricular Affairs at the David Geffen School of Medicine at UCLA from 2014-2019. Her interests include medical education and promoting humanistic patient care.

Dr. El-Farra also serves at the Medical Director for International Services at UCLA Health, where she works with her team to coordinates tertiary/quaternary clinical care for international patients and engages in advisory work to bring the UCLA Health brand and our best practices to the global stage. In her time away from the hospital, Dr. El-Farra enjoys soul cycle, the beach, traveling the world, exploring all the fun things to do in Los Angeles and spending quality time with family and friends.

Christina Harris is an Associate Program Director of the internal medicine residency program and an Associate Professor of Clinical Medicine in the Division of General Internal Medicine. Originally from San Diego, she attended Harvard Medical School and completed a primary care track residency at NYP/Weill Cornell Medical Center in New York City.  After 14 years on the East Coast she returned to Southern California in 2013 when joined the faculty at UCLA. She spends her clinical time seeing primary care patients at the West Los Angeles VA where she precepts regularly in the residents’ continuity clinic. Dr. Harris has spent much of her career focused on enhancing diversity and inclusion in medical training and also serves as an Associate Vice Chair for Equity, Diversity and Inclusion in the Department of Medicine.  Outside of the hospital she enjoys playing basketball, fixing things around the house and playing games with her daughters. 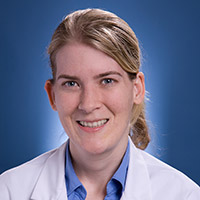 A San Francisco Bay Area native, Wendy Simon studied creative writing and biology at Stanford and obtained her medical degree from the University of California at San Francisco. She made a deal with her husband to spend three years training in Los Angeles while he completed a postdoctoral fellowship, but that deal expired in 2008 and she’s not only still here, but now uses articles in front of freeway numbers. You’ll find her attending on the wards as a hospitalist and leading quality initiatives in hospital medicine. In the residency program, she teaches medical simulation, quality improvement, practice performance feedback, and makes everybody write SMART goals. In the medical school, she’s the course chair for the Inpatient Medicine core clerkship. Outside of medicine, she’s a soccer mom of two boys and enjoys reading, cooking, and running.

Dr. Edward Lee is a hospitalist and an Associate Program Director of the internal medicine residency program. He spent most of his childhood in Texas and graduated with a BA in Mathematics and a minor in Business from Baylor University. He then attended medical school at Baylor College of Medicine in Houston. He and his wife couples matched to UCLA in 2007 and have never left Los Angeles. He served as chief resident in 2010 before joining the hospitalist section. His clinical time is divided between most of our inpatient sites, including Ronald Reagan, Santa Monica, and the VA. In addition to patient care, his academic and research interests focus on high fidelity simulation and cardiac arrest/resuscitation. He helped build our simulation curriculum, which now spans all three years of residency with multiple experiences for our trainees. Within the residency program, he’s probably best known for being responsible for creating the yearly schedule, but he is more interesting than that! He enjoys spending time with his wife (an anesthesiologist at UCLA), playing random games with his two children, and running for exercise/stress relief.

Dr. Neil Paige received his medical degree from the Georgetown University School of Medicine. He completed his internal medicine internship and residency at the Stanford University Medical Center. He completed the Robert Wood Johnson Clinical Scholars Program at UCLA and received a Master’s of Science degree in Health Services Research from the UCLA School of Public Health. He has long been involved in residency education serving initially as Program Director for the VA Greater Los Angeles Internal Medicine Training Program and then as the Associate Program Director for the Cedars-Sinai/VA Greater Los Angeles Internal Medicine Training Program. He currently serves as Vice Chair for Education at the VA Greater Los Angeles Medical Center and as an Associate Program Director for the UCLA Internal Medicine Residency Program.

Dr. Casey Kaneshiro is an Associate Program Director of the Internal Medicine Residency Program and an Assistant Clinical Professor of Medicine. He was born and raised in Hawaii on the island of Oahu. He completed his undergraduate and medical school training at the University of Hawaii before moving to Los Angeles to complete his internship, residency and chief residency at the Cedars Sinai/VA Greater Los Angeles Internal Medicine Training Program. He spent 3 years as an Associate Program Director at Cedars Sinai before joining the program leadership team at UCLA. Clinically, you’ll find him at the West LA VA attending on the wards as a hospitalist. He is passionate about resident education, mentorship, and career development. He also chairs the Morbidity and Mortality Committee for the Department of Medicine at the West LA VA. Outside of the hospital you’ll find him either on the golf course, playing his ukulele, playing Pokemon, or cheering on his beloved San Francisco 49ers. 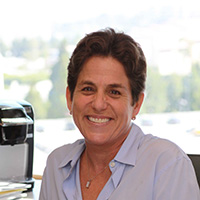 Dr. Jodi Friedman, a native Californian, grew up in the San Fernando Valley. She earned her undergraduate degree from UC Santa Cruz and her MD from UC Irvine School of Medicine. She completed her internship, residency and chief residency at UCLA Medical Center. After serving as an Associate Program Director from 1995 to 2003, she was named as the Program Director for the Department of Medicine Training Program. During her 16 years in that role, she oversaw the expansion of the residency, developed our Pathway programs, and trained nearly 800 internists. In 2019 she handed over the reins as PD to serve as the Vice Chair for Education for the UCLA Department of Medicine. Her interests as a clinician and a teacher include women’s health, preventive medicine, and primary care. She also loves making guest appearances with the Housestaff band at our Spring Retreat and spending time with her wife, kids, and two dogs.