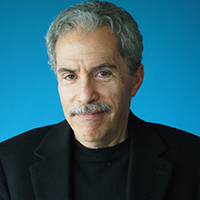 Michael Strober is a clinical psychologist who has served on the UCLA School of Medicine faculty since he joined the Department of Psychiatry in 1975.

Dr. Strober earned his B.A. in Psychology with High Honors at Queens Colege of the City University of New York in 1971, and his M.S. and Ph.D. with distinction in Clinical Psychology at the University of Pittsburgh. Dr. Strober is past President of the Eating Disorders Research Society, and is a founding Fellow of the Academy for Eating Disorders and the American Society of Clinical Psychopharmacology.

He is actively involved in medical education and has served as a consultant to the National Institute of Mental Health and the Institute of Medicine.

Since 1983 he has served as Editor-in-Chief of the International Journal of Eating Disorders. His research centers on risk factors in eating disorders and the long-term course, outcome and treatment of juvenile mood disorders.

Medical Board Certifications
Psychoanalysis & Psychology, American Board of Psychiatry and Neurology, 2006
Degree
University of Pittsburgh School of Medicine Registrar, PhD, 1975

Michael A. Strober, PhD click here to update your profile
Back to search