Most parents likely to follow outdated advice when caring for a child with a concussion, UCLA survey shows 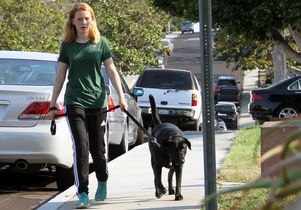 A new national survey, commissioned by UCLA Health, reveals that a vast majority of parents may be following outdated advice when caring for a child with a concussion, and it could be making their child's symptoms worse.

"This survey really illustrates just how far the pendulum has swung in terms of caring for children with concussions," said Dr. Christopher Giza, a pediatric neurologist and director of the UCLA Steve Tisch BrainSPORT Program. "In the past, there was often a tendency to downplay the significance of concussions. Now some parents go too far the other direction and, despite their best intentions, they can inadvertently complicate their child's recovery."

The survey asked 569 parents nationwide how they would care for a child whose concussion symptoms lasted for more than a week. Among the more surprising results, more than 3 out of 4 parents (77 percent) said they would likely wake their child up throughout the night to check on them.

"Many parents believed they might overlook swelling of the brain if they allowed their child to go to sleep with a concussion," Giza said. "We certainly want a doctor to evaluate the child immediately after injury, but if you're still waking a child up throughout the night more than a week later, you're doing more harm than good."

Giza said doctors evaluate things like mood, memory and energy level to gauge how well a child is recovering from a concussion. All of those factors are dramatically altered if a child is awakened every few hours. 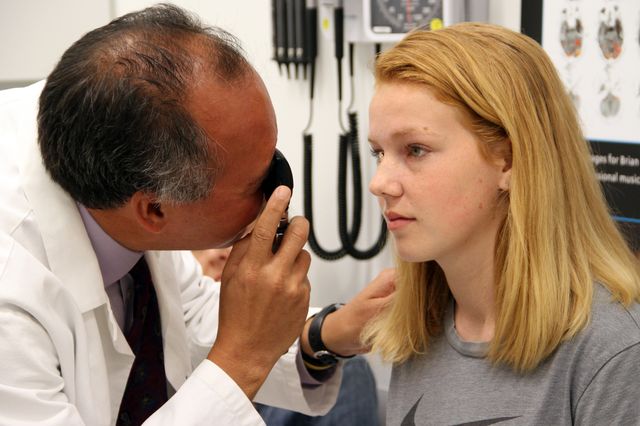 "Once a professional has diagnosed your child and determined that there is no further risk, let them sleep," Giza said. "In fact, we encourage sleep very early on because that will help the brain heal faster."

The survey also found that 84 percent of parents said they were likely to make their children refrain from any physical activity. While children should avoid activities that put them at risk for further injury, they should not be sedentary, said Giza, especially a week after injury.

"We certainly don't want them to go back to playing contact sports right away, but gentle aerobic exercise like walking the dog, easy hiking or riding a stationary bicycle is actually good for them," Giza said. "Being active can help children improve their mood, take their mind off their symptoms and restore a sense of normalcy."

In addition to staying active, doctors also recommend letting your child remain social. "Children in general, and teenagers in particular, are most comfortable when they socialize. Isolating them entirely from their friends for weeks at a time brings up a whole new set of issues," Giza said.

The survey found that 64 percent of parents were likely to take away a child's electronic devices, including cell phones, if their concussion symptoms persisted for more than a week. But social isolation can lead to other problems like depression, anxiety and changes in appetite.

"These kids quickly start to worry about keeping up in their classes, losing social status and, if they are athletes, whether they will lose their place on the team," Giza said. "It's important to ease them back into their social circles quickly, and that might mean being a little more permissive when it comes to social media and screen time."

Giza referenced a recent study in which two groups of children with concussions were given different approaches to treatment. One group was told to rest for a few days and then ease back into a normal schedule, the other group was assigned five days of isolation and complete rest.

"Not surprisingly, the group that was told to stay home, avoid screen time and to only report their symptoms, actually reported more symptoms," Giza said.

Though every child is different, most concussion symptoms should subside within two to three weeks. If they don't, you may want to take your child to see a specialist. In the meantime, be sure you're following professional medical advice and avoiding situations that could prolong your child's recovery.

"The idea is to give them that initial rest and protect them from contact risk, but then start easing them back into intellectual, physical and social activity," Giza said. "Those things are all important in the healing process and shouldn't be overlooked."

Health and Behavior
$5.75M grant to help researchers study role of obesity in development of pancreatic cancer
05/20/2020
The award from the National Cancer Institute will fund a series of collaborative research projects over five years at UCLA.

Health and Behavior
UCLA scientists alter genes of innate immune cells with DNA-snipping tool
05/20/2020
The blood cells, part of the body's first line of defense against infection, have been notoriously difficult to genetically engineer.