Addressing the serious mental health needs of the homeless 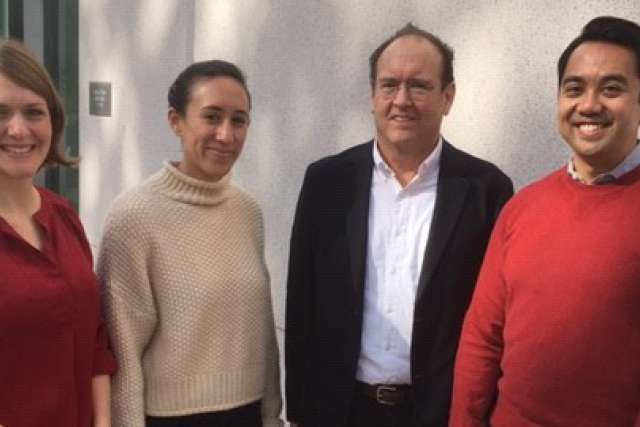 Walking to work from his Westwood home, UCLA's Joel Braslow has noticed a marked increase in the number of homeless individuals with serious mental health problems over the last decade.

"On my walk to work I often literally trip over individuals who are psychotic, and homeless," says Braslow, MD, PhD, a professor of psychiatry and the Frances M. O'Malley Endowed Chair in Neuroscience History. "A lot of my work is historical—reading patient records from state hospitals over the last few centuries, and tracing how attitudes and care have shifted. Seeing this play out in real life, both in the ER and on city streets is striking, and disturbing."

In the first in a series of articles in The New England Journal of Medicine that illustrate the importance of social forces in shaping everyday clinical care, Braslow explores the issue of "demedicalization," a term describing illnesses or disorders that used to be defined as medical in nature but are no longer viewed as such.

Over recent decades, many symptoms of serious mental illness have increasingly been demedicalized, Braslow says. This change has influenced how hospitals across the nation treat people with serious mental illness, making it more likely that they will return to the streets rather than being admitted to the hospital for further evaluation and treatment. Serious mental illness and psychosocial interventions in healthcare have been subject to shifting attitudes at different points in history.

For Braslow and a growing number of young faculty members and psychiatry residents, recognizing that psychiatrists have a moral responsibility for alleviating all aspects of psychiatric suffering regardless of the often arbitrary distinctions between the social, psychological, and medical.

Enrico Castillo, MD, associate director of residency education at the Jane and Terry Semel Institute for Neuroscience & Human Behavior, has worked alongside Goodsmith and Morton and says that residents have advocated for more comprehensive training in social determinants of health and other areas.

"What used to be six hours of classes in public psychiatry has expanded to over 20, which span four subject areas: criminal justice, homelessness, global mental health, and peer support services," says Castillo. "There are also new residency concentrations in community psychiatry and global mental health to encourage leadership in public service."

According to Braslow, in preindustrial and agrarian societies, most people cared for their family members at home. "Prior to the 17th and 18th centuries," says Braslow, "psychosis or madness was interpreted in a variety of ways—religious, moral, willful. There was no systematic effort, since psychotic people weren't interpreted as having medical problems."

With the rise of industrialization and wage labor in the 18th and 19th centuries, there was an increasing movement to create asylums for those suffering from mental illness, as many families could no longer care for their loved ones at home. In addition, the asylums also offered shelter, food and clothing for people unable to provide for themselves.

"These institutions were really quite porous—people could come and go. Wards were unlocked. The vast majority of people in state hospitals had been admitted because their psychiatric illnesses made it impossible for them to successfully function," Braslow says.

Psychiatrists and policy makers in the first half of the 20th century believed that medical responsibility extended to all symptoms of serious mental illness.

Beginning in the late 1960s, as state hospitals began to house fewer patients, the outflow of patients was less the result of evidence-based policy-making and more the result of larger social, economic, and cultural factors. Those factors included housing shortages, the roll out of the Medicaid and Medicare insurance and a shift of funding responsibility for mental health from states to the federal government.

"Much like the unplanned process of deinstitutionalization and, in part, a consequence of it," says Braslow, "psychiatrists have narrowed their vision as to what falls into their domain of responsibility."

In other words, as resources for caring for psychiatric illness diminished over the last 50 years, psychiatrists began to view their responsibilities of caring for certain psychiatric symptoms more narrowly.

In the last 50 years, people with serious mental illness have been admitted less often to hospitals and for shorter periods as the medical community increasingly viewed the issue as social rather than medical. As Braslow points out, the failure of mental health policy is especially evident in Los Angeles, with the largest homeless, mentally ill population in the country. L.A. County also has the largest incarcerated population of people with serious mental illness in the world.

Both Braslow and Castillo have noticed a shift in many residents' interest in pursuing psychiatry in recent years. They're more driven by a desire to serve under-resourced populations than in the past.

"It's happening here, it's happening nationally," says Castillo. "We see it in the kinds of activities applicants are coming in with—social justice, distributive justice—and the kinds of conversations we're having with interviewees. They really want to help communities in a fundamental way."