Are fitness trackers enough to keep you motivated and turn exercise into a habit? 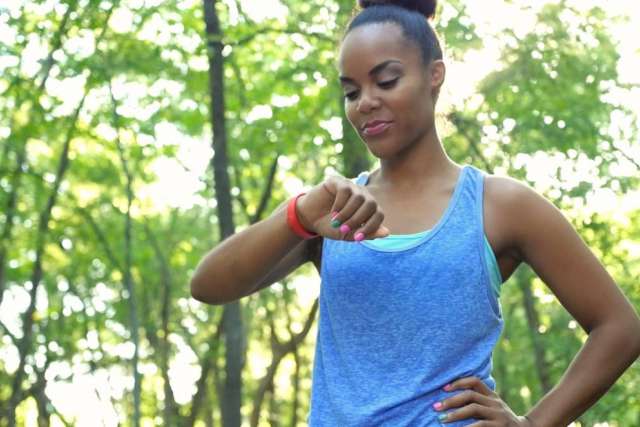 As wearable fitness trackers grow in popularity, UCLA Health researchers have found that pairing them with personalized guidance and encouragement can result in sustained improvements in sleep and exercise.

Past studies have shown that users of wearable devices, ranging from smartwatches to wristbands, may make positive health changes in the short term, but motivation can quickly wane, with one-third of consumers no longer wearing them after six months.

The UCLA study was led by Brett A. Dolezal, PhD, co-director of the Airway & Exercise Physiology Research Laboratory, which includes an applied exercise lab called UC Fit Digital Health. Researchers found that users of wearable devices made greater health strides when they received daily, customized text messages about goals and progress. Examples of the messages included praise for increasing step counts, encouragement to increase time spent jogging, or analysis that a participant was getting adequate sleep.

The year-long study was made up of 56 adults who were divided into a control group and intervention group. All participants were given an Oura smart ring, which monitors sleep and activity.

After three months, the intervention group was split, with half receiving personalized text feedback for nine more months. All participants continued to wear the ring.

In the first three months, the control group saw little change, while the intervention group made significant improvement in areas ranging from amount of exercise to body fat percentage, aerobic endurance and sleep quality as measured by how quickly they fell asleep.

Among those who received an additional nine months of support, participants showed improvement in all but one category - body fat percentage - while the others who no longer received the personalized coaching stayed stagnant or regressed slightly.

The study, which was published in November in the journal Frontiers in Physiology, concluded that combining the data collected by fitness trackers with personalized feedback resulted in lasting change.

Dr. Dolezal, an assistant adjunct professor of medicine at the David Geffen School of Medicine at UCLA, along with Bilal Pandit, student lab intern coordinator at UC Fit Digital Health Lab, jointly answered questions about their work on the study.

Q: Why were you interested in researching this topic?

A: Innovative sensors enable the transformation of our health care systems to a more consumer-centric model, where medicine moves away from episodic treatment delivered in centralized hospitals, to a patient-centered medical home where prevention, early intervention, and better chronic disease and acute medical condition management are the norm, not the exceptions. This new paradigm is reliant upon the ability to monitor and measure biometric data using wearable sensors that provide individuals with information on their own health status as well as feeding this important health data to their care delivery team.

While wearables and their medical and fitness applications are vast and expand to all populations in many settings, research must parallel this expanding frontier to ensure appropriate validation studies and understanding of each device’s limitations to maximize the utility of physiological monitoring.

Our lab leverages extensive experience in the meticulous validation and reliability of wearable biosensors for clinical and health-fitness applications. The Oura ring has been rigorously validated for sleep monitoring and we chose to look at how it can compel actionable behavior change in poor sleep and exercise.

Q: Why is wearing a fitness tracker on its own most likely not enough for people to make meaningful health improvements?

A: The use of many devices tends to result in only short-term adoption and temporary changes in motivation and behaviors. If wearable devices are to be part of the solution of sustained behavior change, a major challenge indeed, they need to leverage principles from theories of health behavior. Current consumer-grade wearables align well with the behavioral change technique of self-monitoring, but without an action planning and commitment step, they may have less of an impact on actual behavioral change.

Q: What's the connection between poor sleep and overall health?

A: It is now well known that positive lifestyle habits, such as regular exercise and adequate sleep, profoundly affect one’s mental and physical health. It is a bi-directional relationship. Poor sleep quality and duration, coupled with lack of physical activity, predisposes individuals to many diseases/disorders such as obesity, mental health conditions, neuroendocrine dysfunctions, and cardiovascular disease. 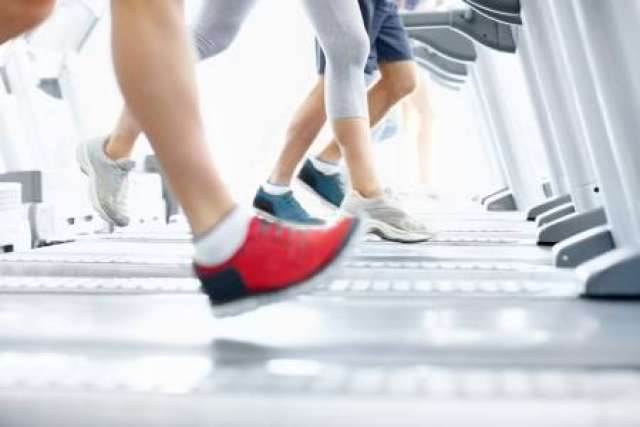 Q: How significant were the health improvements for the group that received the ongoing text messages?

Recent literature indicates that more than one in three U.S. adults do not regularly get enough restful sleep and exercise. Strategies that assist individuals in adopting and maintaining healthier lifestyles may be an important catalyst in addressing public health concerns world-wide.

A: In general, a trend emerged across several key outcome measures, affirming the importance of including guidance and encouragement as key components of a successful behavior modification intervention. In a nutshell, the text messages empowered those to continue with their improved sleep and exercise habits.

Q: How important was it that the messages were customized to each participant?

A: During the study, participants in intervention groups received daily text message-based feedback that utilized social-cognitive behavioral models that incorporated a combination of positive reinforcement techniques. The text feedback was informed by a thorough review of the activity and sleep data from the prior 24 hours and personalized to each participant. Third-party access to each participant’s Oura app enabled research associates to perform these reviews remotely and without additional disruption to the participant’s normal routine.

By customizing the messages to each participant, it added an additional level of accountability, showing the participant more specific information about them that they could then act upon, rather than more vague statements that participants would have been less likely to take seriously and act on.

Q: Was constructive feedback delivered if a participant seemed to get off track?

A: For the intervention group, constructive feedback was delivered daily, with the participants that were going off track receiving updates on their lack of progress and how to slowly transition back into a healthier lifestyle.

Q: Why did the amount of time needed to fall asleep decrease for the intervention group and why does that improvement matter?

A: Sleep onset latency, the time needed to fall asleep, is commonly used to aid in the diagnosis of insomnia and to monitor the efficacy of treatment. The continued improvement in sleep onset latency amongst the long-term intervention group is noteworthy. Most interesting, however, is the sustained healthy values of the short-term intervention group, which received no further external engagement after the short-term three-month intervention, with both groups remaining under the 20-minute insomnia threshold at the 12-month follow-up.

Q: What struck you most about the findings?

A: Noting the long-term impact of the short-term feedback on sleep was extremely fascinating, as it showed that even small interventions could have longer impacts. This stood in contrast with the effects of short-term feedback on other measures. As with most things, such as physical activity, there is regression shortly following the conclusion of the feedback. This could suggest that sleep habits tend to be far more passive and require less effort than actively exercising, so they are easier habits to absorb and continue beyond the intervention. With a large proportion of the world still not getting enough sleep, small measures of guided feedback could have long-lasting impacts.

Q: Anything else important to mention?

A: With a lot of these wearables and other fitness technology, commercial companies are attempting to make exercise more accessible. At the end of the day, finding a form of exercise that you enjoy and can sustain is the most important aspect of a healthy lifestyle. The benefits of exercise are innumerable, improving your life in every aspect.