Toddler Sofija Markuljevic received the life-saving treatment after traveling to the U.S. with her family and doctor. 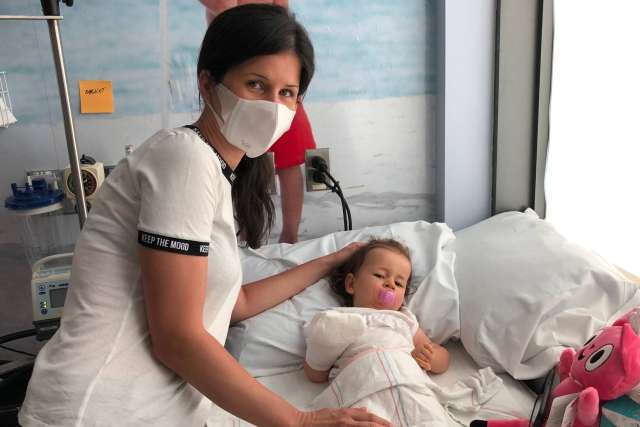 In parts of Europe, Sofija Markuljevic is known as “the little girl who united Serbia.”

Tens of thousands of supporters have followed the 20-month-old’s journey — in magazines, on television and through social media — from her diagnosis with a neurogenetic disorder to her parents’ fundraising efforts and her cross-continental journey to UCLA Health to receive life-saving treatment.

SMA is one of the most common genetic conditions in children, affecting one in 6,000 to one in 10,000 babies worldwide, according to the SMA Foundation. The disease is caused by defects in the survival motor neuron 1 (SMN1) gene that encodes the SMN protein critical to the survival of nerve cells in the spinal cord, resulting in muscle atrophy and weakness. It is the leading cause of genetic death among infants and toddlers.

SMA type 1 progresses rapidly, with the weakening of muscles leading to frequent respiratory infections. Untreated, patients with SMA type 1 normally do not live beyond 2 years. 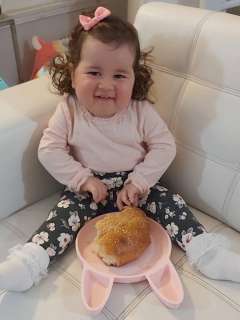 At birth, all indications were that Sofija was a normal, healthy baby, her mother, Marija Markuljevic, says. But at about six weeks, her parents noticed she had stopped moving her arms.

“We thought that some physical therapy would solve it. When we found out the diagnosis we were in shock,” Marija Markuljevic says. “We didn’t know about that disease; nobody in our family had it. It was very stressful and we were in a lot of fear.”

Compounding the family’s fear was the limited treatment options in Serbia. Soon after the diagnosis, the couple began communicating with other parents whose children had SMA. They learned of a gene therapy called Zolgensma, which had seen good results. The medication was approved for use in the U.S., but was not available in Serbia.

Zolgensma is a one-time infusion that works by replacing the missing or nonworking SMN1 gene with a working copy of the human SMN gene. UCLA Health has been a leader in the development of Zolgensma since 2017, conducting research and clinical trials that led to the drug’s FDA approval in May 2019. 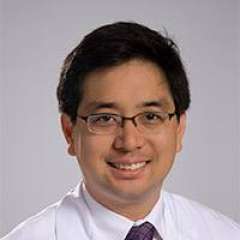 Encouraged by UCLA Health’s reputation, the Markuljevics contacted the health system’s international office and were referred to Dr. Shieh, who thought Sofija would be a good candidate for treatment.

The family’s biggest challenge was cost: At $2.1 million per dose, Zolgensma is said to be among the most expensive medicines in the world. In March 2020, a foundation was set up to raise funds for Sofija. Family members launched a GoFundMe site. Friends and supporters auctioned bottles of wine and wedding dresses and held toilet-paper rolling challenges to raise money.

“We fundraised for months, and a lot of people are included in our journey,” Marija Markuljevic says, including several Serbian professional athletes whom Sofija’s father, Stefan, knew through his career as a volleyball trainer.

In just four months, the family raised $2.4 million, with donations continuing to come in — enough to fund not only Sofija’s treatment but that of five additional children with SMA, who in 2021 will be cared for at hospitals throughout the U.S., including UCLA Health, Marija Markuljevic says. 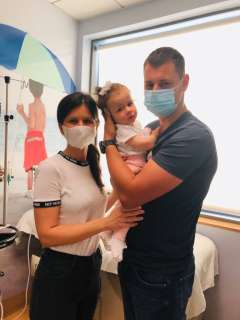 Sofija Markuljevic with her mother Marija and father Stefan at UCLA Health. (Photo courtesy of the Markuljevic Family)

In August of last year, Sofija and her parents, accompanied by Sofija’s pediatric neurologist, Dimitrije Nikolić, made the 6,500 mile, 15-hour flight from Belgrade, Serbia, to Los Angeles to begin treatment. Sofija received the Zolgensma infusion on Sept. 2. At the time, she was unable to sit or hold her head up; she couldn’t roll over, lift her legs and had difficulty chewing and swallowing.

Four months after treatment, Sofija’s rosy cheeks and infectious smile are evidence of her progress. She is able to raise her legs and reach them with her hands; she can hold her head up on her own and she’s able to sit in a tripod position and roll over to her tummy. She’s gained 4 1/2 pounds, eats a regular diet and even cries louder, her mother says.

“It’s really amazing to watch her do some things that were unthinkable just a few months ago,” says Stefan Markuljevic. “Every one of her advances, even the smallest ones, gives us the strength to go further.”

Clinically, Dr. Shieh says, Sofija has gone from a 29 to a 49 CHOP INTEND score, which measures the motor skills of SMA type 1 patients on a scale of 0-64. CHOP INTEND is a 16-item evaluation developed by the Children’s Hospital of Philadelphia Infant Test of Neuromuscular Disorders.

Sofija receives physical therapy regularly to strengthen her muscles. This likely will continue for her lifetime, Dr. Shieh says. She experienced liver inflammation shortly after the infusion — a rare but known complication from Zolgensma — and continues to receive steroids to treat it.

The family likely will return to Serbia in two or three months.

“It’s really unbelievable what Zolgensma has done,” Marija Markuljevic says. “Nobody can guarantee that Sofija will be normal, that she will walk, but any progress is good for us.”

Though the challenges of being away from home and family have been monumental, the Markuljevics say they are happy with their decision to come to UCLA Health.

“We are very grateful for everything UCLA Health has done for her,” Stefan Markuljevic says. “There were difficult moments, but we realized that there was no one else to fight for Sofija except us. We had the support of people around the world, and that helped us achieve our goal. Now, everything is in God’s hands, but we hope for the best.”