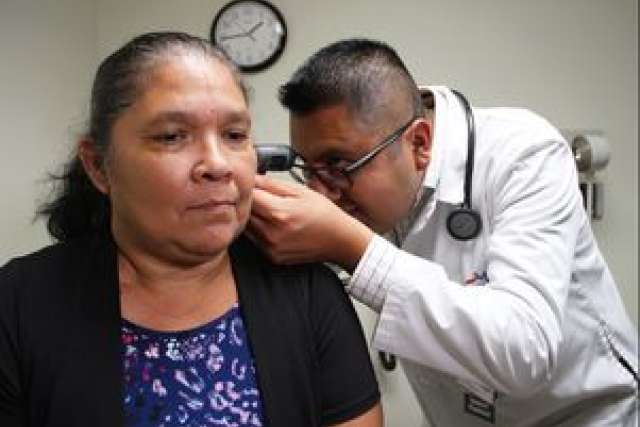 No one would argue that the United States has a significant shortage of primary care physicians, or that California’s shortage is extreme. A “shortage” is defined by the U.S. Department of Health and Human Services as fewer than one primary care physician for every 3,000 to 3,500 people, and according to the agency’s statistics, California has 607 federally designated shortage areas, impacting a population of some 6.7 million people.

A program at UCLA aims to make a difference in those numbers by helping legal immigrants with physician training — that is, those who have already graduated from a medical school outside of the United States, Puerto Rico or Canada — pass their U.S. licensing exams and obtain U.S. residency training in family medicine. To date, 114 participants have finished the program and gone into family medicine residency programs.

The initiative, called the UCLA International Medical Graduate Program, is unique in that it’s the only program sponsored by an academic medical center that helps both the immigrant physicians and the underserved community. The program provides the educational review in exchange for a promise that participants — once they’ve become residency-trained and licensed — will provide care in underserved communities for two to three years after completing their family medicine residency. Often, after their obligation to serve in underserved communities is complete, doctors choose to stay in those communities.

“Of all the individuals who have graduated from our program, who could go work wherever they wanted to after meeting their requirements, 75 percent of them remained in the underserved communities,” said Dr. Michelle Bholat, executive director and co-founder of the International Medical Graduate Program. “That is a remarkable statistic and is a win-win for the doctors and their patients who so desperately rely on their care.”

Often, for people living in underserved areas, access to primary care physicians can be so limited — regardless of insurance status — that the emergency room in effect becomes the family doctor. For non-English-speaking immigrants, who face additional cultural and linguistic barriers, access is further complicated.

In fact, the U.S. Census Bureau has designated 6.6 million Californians as having limited-English proficiency; 65 percent of those are Hispanic. For them, graduates of the medical program — most of whom are from Spanish-speaking countries in Latin America — provide a level of understanding that other doctors often cannot.

That cultural resonance between underserved communities and the doctors who want to serve them is part of what makes the program, operated by the Department of Family Medicine, to address the physician shortage. “What’s so unique about our program is that it often means immigrant patients, who are typically underserved in medicine, are cared for by doctors who are new immigrants themselves,” Bholat said.

The program directly addresses the issue of “brain waste,” that is, the underutilization of physicians who have immigrated here legally, but are unlicensed and working far below their education levels.

The program, Bholat said, admits only immigrant physicians born and educated in Latin America and residing in the United States legally into training that lasts six to 24 months. During that time, program instructors help to prepare the would-be U.S. physicians to pass the U.S. medical board exams and be competitive for admission into a three-year family medicine residency program in the state. The program covers all costs and provides a stipend to participants so they can concentrate on their board exams.

In turn, the students agree that, upon their licensing and completion of a residency program, they will care for patients who have very limited access to health care.

In California, those areas are predominantly in rural Northern California, the Inland Empire, the San Joaquin Valley and in the low-income, immigrant and minority communities in Los Angeles County.

After graduating from the program last year, Dr. Jose Javier Hernandez, from Oaxaca, Mexico, is now a first-year resident in the family medicine residency program at Adventist Health in Hanford, which is located in rural Kings County, California. Spanish-speaking migrant farmworkers make up a large portion of the population, and the patient-to-doctor ratio far exceeds the 3,500-to-one ratio that defines a “shortage.”

“The need for medical care here is overwhelming,” Hernandez said. “So many of my patients have avoided the doctor for years because of language and cultural barriers. Now, they know there is someone who can care for them who knows the language, knows the cultures and shares their heritage. It’s so rewarding knowing how much of a difference I am making in their lives.”